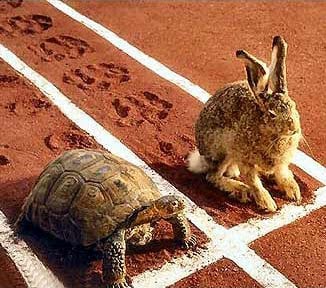 With a well balanced army if I had my choice I’d prefer to go second in both objective based and annihilation missions. Going second allows that last turn of movement to grab or contest objectives, and in a kill point mission it gives you a change to even the score or possible pull ahead if you are behind before the game ends. That said, building your army to take advantage of going first/second based on your units and codex can also be a viable strategy- which I’m going to illustrate with my Saim-Hann Eldar and Necrons…

The core of my Necron army is built around destroyers and a nightmare shroud destroyer lord. The key to delivering this is opening up my opponents transports with the destroyers while getting the destroyer lord into position in the back lines to start popping off shroud. We all know how bad Necrons are at the anti-tank game so I need to use the mobility and range of the destroyers to try and take down any transports before they get all smoked up.

Take a look at this Necron deployment. Destroyers and the destroyer lord + scarabs go in the center of the table since I am deploying first and taking first turn. Since they are in the center of the table I have range and reach wherever my opponent deploys for shots with the destroyers, and a turbo-boosting lord with scarab body guards collecting a 2+/3+ cover save means I will be in the back lines for shroud by turn two. It’s a sad day for Necrons when nightmare shroud kills more units by having them run off the table over anything else, but that is a post for another time…

Of course this makes objective mission harder for me since my opponent will have that last turn to grab, but that just means I have to be on top of my game looking ahead to take out any fast moving or grabby units by the middle of the game. I also have to be mindful if my opponent reserves everything, which changes things a bit. But overall, I feel the advantage of going first with my Necrons overall far outweighs the disadvantages. That said, with all the “advantages” of going second I find taking first turn to be easy- even if I don’t win the die roll it is often passed to me by my opponent.

In contrast to the Necrons, my Saim-Hann are a “second turn” army which is what allows me to fully exploit my speed and firepower mobility. Gong second means I can use speed to wolf pack on any isolated units or on the weak side of my opponent’s army with the full strength of my own army. It also allows me to contest with my grav-tanks last turn helping to make up for my smaller model count- I often am only looking to hold one or two objectives while contesting everything else. That said, I find taking second turn a bit harder to do- If I win the dice off great, it gets passed to my opponent, but when they win and pass me first turn it is time for plan B. If that happens I then move into reserves, and “reserve” all my units so when they come on the table I can take advantage of how my opponent has deployed.

~So what do you think? Do certain armies lean better to going first or second? I wanna hear some names!