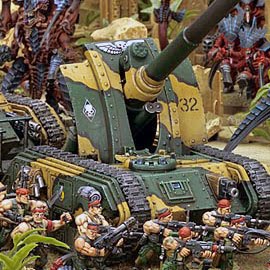 tidbits via Scryer in the Darkness:

So here are a few tidbits on some of the new plastic kits due out in March to accompany the Battle Missions book.

Venerable Dreadnought
-It comes with an Assault Cannon, Plasma Cannon and Twin Linked Lascannons for the right arm. The left arm is a Close Combat Weapon with options for Storm Bolter and Flamer. Does not come with a right arm Dreadnought Close Combat Weapon, and so is not a combined Furioso kit. There are plenty of other decorative options including multiple head options.

-It’s got the sunken helmed head front — like the grey knight models — the “chin hider” — with, I believe a couple of different head variants. FW ones are better IMO. This one is pretty much the standard plastic dread kit, with some engravings, purity seals, notice boards and the like on each front side piece and “shins”. Tarted up standard kit is all to be honest IMO. Disclaimer: I’ve only seen the one build, there might be some more variation available, but nothing too OTT or jaw dropping methinks.

Chimera
– Has now been removed from GW site.
– GW Customer Service is saying the following apparently: Has the new design side sponsons (of course), a new turret more in line with the new Hellhound and comes with options for both Heavy Bolter and Multi-laser. It also comes with hull Heavy Bolter and Heavy Flamer and these are the plug in variety used on the Hellhound and Leman Russ. The turret ring is different so FW turrets will have to be adapted to fit the new kit. The rest of the kit, including the lasgun ports has remained unchanged. The kit comes with searchlight and smoke launchers, but no accessory sprue.

Basilisk
– Has now been removed from GW site (except North America currently).
– A member of the Imperial Guard Message Board says his local hobby store got in the new Basilisk kit the other day, and that all it builds is the Basilisk. I suspect he may have simply seen repackaged box art of the old kit, though he claims that the pics on the back “shows off the bits, which are based on the new style of tank chassis for the Guard.

~No details as of yet on the Ork Killa Kans and Deff Dread.  With a March release, the advanced orders should be going up shortly.