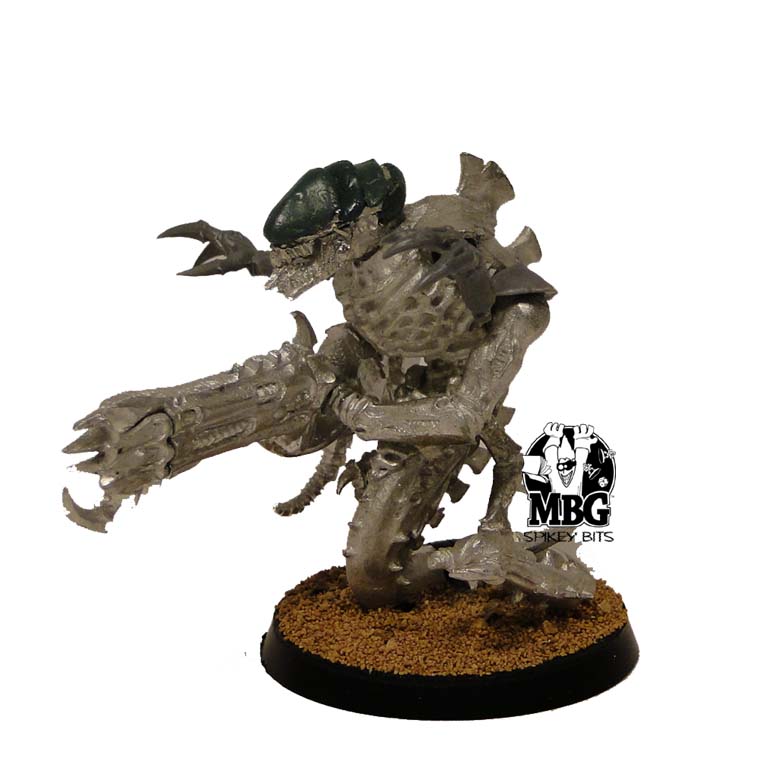 Hey guys, here again with some freshly spawned Tyranid conversions.  I managed to crank out a squad of Hive Guard, and Tyrant Guard to match my Waterbugz theme.

I’m trying to have everything look like its emerging out of the water, perhaps as they would have done during the first contact battle on Tyran Prime. I have a lot of metal Raveners lying around now that the new ‘dex is out so the plan is to convert them over to Warriors, Tyrant Guard, and Hive Guard.

I pretty much have my non competive 1850 list flushed out, and am working on a GT aggro style list.  Either way I’ll need the Hive Guard and Tyrant Guard for both lists so they are first on the conversion table. Here’s a money shot of the Hive Guard.  I think these guys will work out nicely. Now to make 3 more lol. These are two of my Tyrant Guards with Lash Whips. I’m still on the fence about these guys. Perhaps I should add more armor plating to them and get that bulky look going? I like the heads, but the rest not so sure…. What do you think?

So up next is the Hive Tyrant him/ herself.

It’s gotta slither, so should I start the conversion off with the Trygon or go for the Slitherfex look?

Author: Robert B
Robert is a veteran tabletop and miniatures gamer, and writer with over 20 years of experience. His specialtiesies are the worlds of Game's Workshop's Warhammer. He began writing for BoLS In 2010.
Advertisement
Conversions Miniatures Tyranids Warhammer 40k
Advertisement