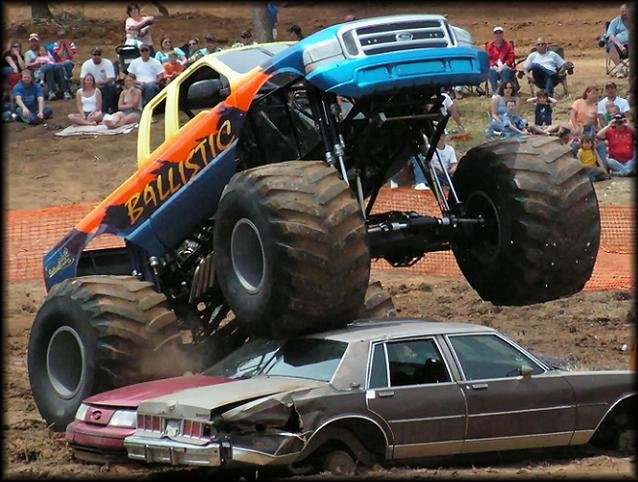 Okay, not really. But you do have to deal with them.

Jwolf here, and thankfully, I can cover this in one short sentence: Kill them before they get to you.

Honestly, that’s what you should have been aiming for all along – the things in those battlewagons are not what you want delivered into your lines, ready to charge, no matter what army you play. That said, let’s look at some methodology for killing them at range. My operating assumption for this are at least 3 Battlewagons headed your direction; fewer should be easier to handle.

Tau – Nothing changes. Railguns and marker lights, dead battlewagons. I guess you could angle for more side shots, but you’ve been splitting forces to both board edges against Orks all of 5e anyway, right? Keep a couple of Devilfish in the center of the board if you think they will draw the Battlewagons to them; a Piranha group will provide an incentive to head towards the center as well, so sacrifice those for the greater good.

Necrons – Remember that Monoliths get a 3+ dodge on the Ram. No Ram, no Deff Rolla attacks. Not much else to do; your guns suck for killing AV 14, and even AV 12 is crazy for anything except Heavy Destroyers. So get out of the way. Have fun looking for glance kills (same as it ever was).

Dark Eldar – Anything that encourages more and more expensive vehicles is good news for the Dark Eldar. Dark Lances and Blasters still kill every vehicle before they get to them, and this might get people to drop some Lootas for Battlewagons (the points have to come from somewhere) – a win for the Dark Eldar.

Eldar – If Orks are ramming your Eldar vehicles, you’re doing it wrong. Moving to the flanks, drawing the Battlewagons to one side and speeding off to the other – standard Eldar behavior can easily deal with this. Just like their pokey brethren, anything that puts Battlewagons on the table and might reduce the number of Lootas on the table is a good thing.

Chaos Daemons – If you have Soulgrinders, drop them where the Battlewagons have to go off their mission to ram you. Your Bolts of Tzeentch and Daemon Princes will still tear up the Battlewagons with impunity.

Chaos Space Marines – Throwaway Terminators with combimeltas to stop the KFF wagon are your friend; so are Obliterators in each corner. I like using Reserves and a portion of my force in either corner – get the Orks pointed one way, or split, and crush them in detail. Some luck with Lascannons on turn 1 would be grand, but expect to lose all those terribly valuable Rhinos to Deff Rollas.

Space Marines – Drop Pods with Meltas and Dreadnoughts are fairly sexy against Battlewagons. Drop them behind the Battlewagon wall, and hope that the Orks are dumb enough to reverse course and Deff Rolla you, wasting 2 turns. Rhinos with Combat Squads in them are great offerings to the Deff Rolla, too. If the Orks will get out and kill 5 Marines, you can countercharge and wipe them out. If they won’t Krak grenades can kill Battlewagons.

For all Marines: As I demonstrated so obviously in my battle report with Goatboy, don’t drive Land Raiders up to get a Deff Rolla treatment; it’s a bad choice. But moving your Landraider to 13-14” away from the Battlewagons on a flank is a wonderful thing. Now you are close enough to invite an assault on your Landraider, which is exactly what you want. Get those Boyz and Nobz out of their shiny rides and rip them in half. This has the added benefit of allowing you to dump some attacks into the Battlewagon, so that you won’t kill all the Boyz on your turn and can finish them off in your opponent’s assault phase.

Imperial Guard – Much like the Tau, the Guard had the guns to kill Orks before, and still have the guns now. It is worth considering flying your Valkyries and Vendettas around to the rear of the Battlewagon line, but you’d probably do that anyway, to get some flamers over and kill those Lootas in the rear areas. If you go first, aim for the Battlewagon with the KFF in it. If you can explode that and kill the contents, great. If you just immobilize it, that works pretty well, too. Bring Chimeras onto the flanks of the Battlewagons and try to break up the formation with Ram Bait. Also remember that Barrage hits the side, so Basilisks and Manticores are really useful weapons against a big fat target like a Battlewagon line.

~Overall I think the FAQ reduces the fun of the game. No matter the justification, a piece of wargear that allows you to automatically hit most enemy vehicles for d6 S10 hits is not fun, especially when the wargear has no drawbacks. That doesn’t mean the sky is falling, and it doesn’t mean that the overall balance of the game has greatly shifted (the slight shift towards Orks is unlikely to change the numbers of Ork players substantially). What Deff Rollas being able to hit vehicles means is that sometimes you’ll have to use your head and some tactical sense and move away from them; hardly a gamebreaker, eh?