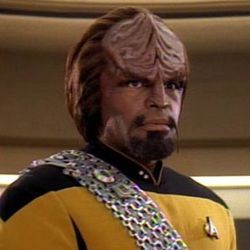 Hey everyone, this time I have something a bit more specific for you to consider; why are most of the aliens in 40k basically human in form?


Anyone who is the least bit familiar with sci-fi as a genre has probably considered the little conundrum that almost all aliens basically look human.  Oh sure some have little details; strange ears, odd noses, lack of hair, or the old favorite an oddly shaped forehead, but essentially they are human; a basically symmetrical arrangement of two arms, two legs, and a head, all attached to the central torso.

From a logical perspective it’s easy enough to see where this comes from, and we can thank good old Gene Roddenberry for it.  It’s basic economics, it’s much easier to write about (let alone find actors to play) aliens who look like humans, and it’s much easier for human characters to interact (be it on the screen or in a book) with aliens that look approximately like them.

From an in universe perspective it’s a little bit harder to understand, and there are two basic ways for writers to deal with this; acknowledge it and come up with an explanation of some sort, or ignore it and hope against hope that nobody notices.  In the former camp there are some classic examples, for instance Star Trek eventually explains that an advanced race of (evidently narcissistic) humanoids once tweaked evolution in the primordial soup on most worlds so that they would incline towards a humanoid form (not sure what evolutionary  science has to say about the mechanics of that, but whatever).  It’s sci-fi cousin/nemesis Star Wars on the other hand adheres to the “cover our ears and hum loudly” camp.

But how about 40k?  Well first off we do know that this humanoid bias seems to be limited to the natives of our own galaxy, the Tyranids come from beyond the galaxy and certainly aren’t humanoid, though they do have their own internal consistencies.  As far as the beings in our own galaxy are concerned we have the Old Ones; those mysterious nigh-immortal precursors who evidently engineered most of the sentient life in our galaxy as living weapons for their war against the C’Tan and their Necrotyr followers, and each of them had their own role to fill which is reflected in their basic form.

Eldar: the first run of living weapons, crafted to harness psychic powers against the non-psychic C’Tan.  Biologically advanced, fast, intelligent, and long lived, they were perhaps too advanced.  The Old Ones thought in very long terms, working over millennia towards their plans, so to what was still an essentially peace time mindset the Eldar must have seemed a perfectly reasonable option.  As the war progressed however it must have become clear that the even Old Ones could never build up or maintain an Eldar army quickly enough to deal with their foe’s massive, mass produced armies.

Orks:  the more rugged utilitarian second generation of weapons, they reproduce fast, mature fast, and are hard kill.   They also have all of the basic skills to build an army an persecute a war programmed into them on a genetic level, even if left completely alone they produce their own technicians, battlefield medics, and leaders as a matter of course.

Humans: a project begun but never fully completed by the end of the War in Heaven, or perhaps one abandoned after tampering by the enemy (i.e. Pariah Gene).  We are the factory floor model, without shiny upgrades and aftermarket kits added yet.

Tau: an interesting one, some people seem to be of the opinion that they were actually created the Necrons (presumably because they are psychically neutral and technologically inclined).  However there is a subtle difference here, the Tau are not true “Blanks” like humans with the Necron introduced Pariah Gene, they are just psychically inactive, they can still be effected by the psykers of other races, even if they cannot wield those powers themselves.  It seems far more likely that they were a project begun by the Old Ones after they realized the effects that all of the psychic energy of their weapons were having on the Warp (like the metaphysical species equivalent of a hybrid car), but begun too late and not properly finished.  Millennia later someone else (almost certainly the Eldar, though perhaps the C’Tan did stick their noses into the affair) rediscovered and protected the project, setting in motion the Old Ones final steps and nudging their technology a few rungs up the ladder.  This would, for instance, explain the sudden appearance of the Ethereal sub-species.

Kroot: another interesting one because they do not seem to have been directly manipulated by the Old Ones, but rather developed their strange gastro-evolutionary biology separately and then indirectly were influenced after consuming Orks.

Others: though they don’t make an appearance on the game table, the 40k galaxy is heavily populated by both humanoid (i.e. Old One designed) and non-humanoid sentient species who appear from time to time in the extended lore.

All of this holds together rather well, until you remember that the mechanical bodies of the Necrons and C’Tan (and therefore the original biological bodies of the Necrotyr) are humanoid as well.  So is all we have accomplished here to push the problem back a few million years?  Maybe not, first of all we have no real reason to believe that the Old Ones themselves were humanoid after all, they have never been described in any way, shape, or form (aside from some extremely vague implications in early material that they may have been reptilian, likely another old tie-in attempt between WH 40k and WHFB), so really we only have to deal with one humanoid race.  And if you think about it, if nearly all sentient life in our galaxy was engineered by the Old Ones to be weapons against the armies of the C’Tan, we might easily assume that the Old Ones, having to make war against another race for the first time, patterned their soldier creations on the soldiers of their enemy.  So perhaps the truth is that the Necrotyr were the original humanoid race, and the only one to arise naturally, with all others being copies of their basic form.

What do you folks think?  Does this explanation hold together?  How does the GW story compare with what other sci-fi universes have come up with (or not come up with as the case may be)?  Are the Necrons really the original model, or do you have an alternative explanation?If you have a favorite corner of the 40k lore that would like to see featured, or just a lore question you think would interest the community, let me know.  Ideas are always welcome. 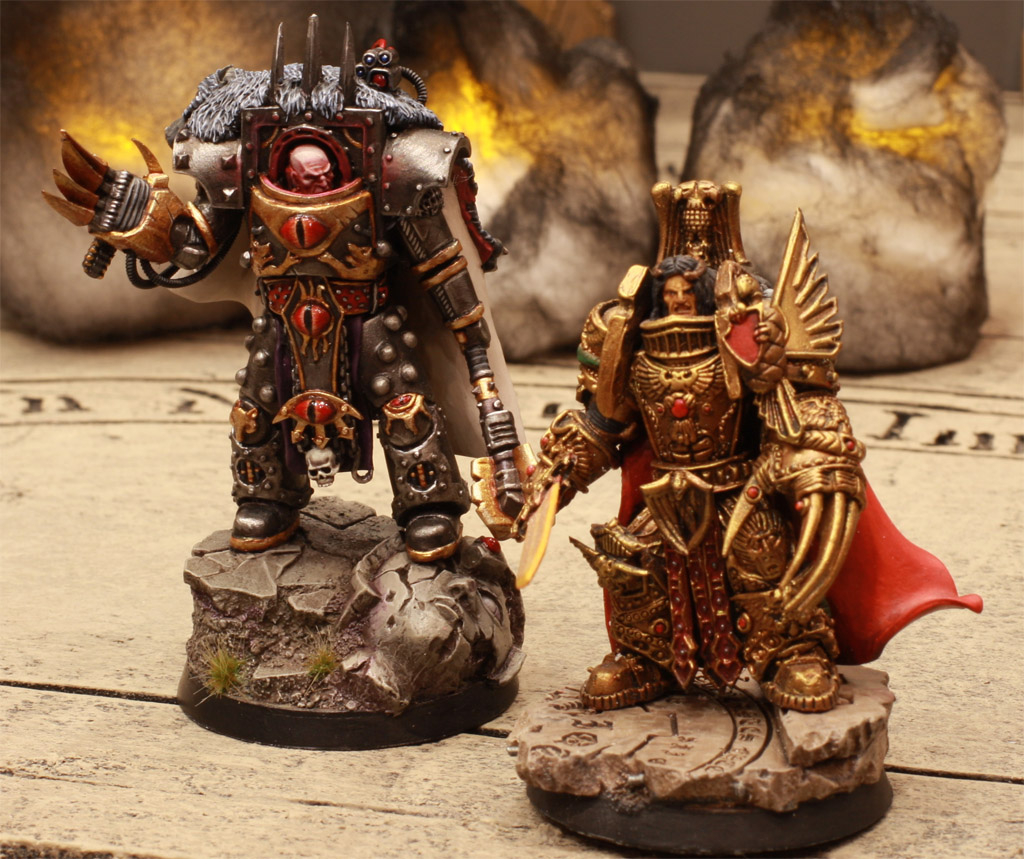