Are You Not Entertained? A CSM Gladiator Story 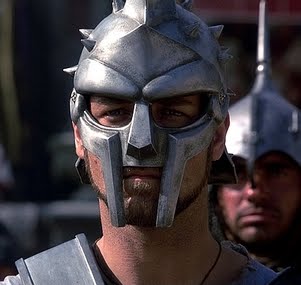 Jwolf here. I had a blast in this year’s Adepticon Gladiator with a list that was 180 degrees opposite of my Reaver Madness list from last year. Here’s my Chaos Space Marine list and what happened.

Since I wanted to play Chaos Space Marines, I chose the most survivable HQ in the Codex. It doesn’t hurt that Abaddon is also pretty amazingly killy.

6 Chaos Glory Chosen, 3x Meltaguns and Champion with Powerfist and Meltagun. In a Rhino.

This unit is designed to Outflank and head towards that Titan hiding in the enemy backfield. I didn’t face a Titan, but they did yeoman work as anti-tank forces.

This unit is 8 more wounds for Abaddon, riding in the Landraider with him. In a world where people will drop S:10 (or D) shots on your troops, with no cover saves allowed, you need to carry your own cover.

Possibly the weakest choice in my list, but I love them. And Berserkers can make a real mess of enemy gunlines, including their tanks and transports.

The Lesser Daemon Packs were the secret sauce I was counting on in the Gladiator. The primer missions had a lot of objective grabbing required, and, at 65 points of Fearless, these Troops were simply too good to pass up.

The primer missions had a couple of missions that required units in every slot. So my list changed to accommodate 5 Raptors. At least the Meltaguns would be handy.

Have to have some shooting, even in an army of madmen.

The Deployment and Play

Deployment is pretty simple; deploy a few units, so that there will be icons for Daemons. Out of sight is ideal. If the enemy is an assault-oriented army, everything can be deployed.

With a 100% Nightfight and the Warp Flux (teleport units via Deep Strike, plus able to assault afterwards) in the primer missions, I felt like there was a good chance I would get Abaddon and the Berserkers into assault.
The Obliterators are needed to open transports once I have units nearby, but focus on firepower reduction until I’m at knife range.

This army is all about assault, so deploying far away and using long-range firepower is the generally best idea for the bad guys. I had to hope that my opponent forces have big, expensive units like Titans and Hierophants, so I can get at least some local superiority of numbers.

I won the roll to determine who went first every game. I gave my opponent the first turn in 3 of the 4 games, and had the initiative stolen in the other (against Mech Guard Gunline #1). I think my opponent would have chosen to go first in all but one instance, so giving them first wasn’t a major game changer, but getting the initiative seized was a disaster (and made for an amazingly fun game).

Game 1 – Chaos Daemons: I faced Khornate Daemons in the always night fighting mission – just my luck, I fight the only army I could outshoot on a non-shooting mission. My opponent played correctly, with the exception of a key unit of Bloodcrushers that he deployed in the corner (no way to deploy off of icons near his forces, due to everything being piled in tightly and failed to get into the main melee. Skarbrand died to minimum wounds, and the Bloodthirster took one extra wound to kill off. My close combat was slightly more effective than my opponents, so I managed to achieve all the goals of the mission.

Game 2 – Imperial Guard: Was against Mech Guard Gunline #1. This mission had the Warp Flux special rule, and we had to have our units further from our table edge that our opponents units, as well as claiming quarters. I decided to try to get everything close, deployed as close as I could, and promptly had the initiative seized on me. In his turn, melta vets killed Abaddon’s taxi, both Berserker rides were destroyed, and an Obliterator was killed as well. If not for the Warp Flux, I was doomed. In my turn, a squad of Berserkers deployed across the board and began disassembling the Baneblade (which they immobilized, to give me the primary objective, eventually), Abaddon turned around and punched the Vendetta and melta vets to death for their trouble, and I practiced my praying skills. My opponent maximized the value of his mobility – everything in a Chimera chassis sped out of his deployment zone to head towards the edge of my deployment zone, while his firepower concentrated on destroying the Obliterators. Eventually I scored 27 points in a very tense and interesting game; I had more fun in this game than just about any I’ve played this year.

Game 3 – Imperial Guard: Was against Mech Guard Gunline #2. My opponent came to the table and was clearly disoriented and angry. The game was pitched battle with minefields outside of the deployment zones (making everything that moves fast or runs take a dangerous terrain test). We also had two Stasis missiles each, which let a unit be held unable to move or be harmed for a turn. In this game, the luck was against my opponent from the start. My first two penetrations blew up crucial tanks, a Rhino of mine that took 5 penetrating hits was never even stunned, and my Reserves all came in at exactly the right time in the exactly right places. At round 5, my opponent explained what had happened that he was upset – during the between rounds break, someone had knocked his huge Guard force onto the floor, breaking a lot of models, and had not even bothered to help get it off the floor. Once he explained this and let go, he started killing whatever he targeted, but it was too late for him to do anything other than get some revenge kills in.

Game 4 – Imperial Guard: Saw me tied for 3rd place, playing on table 2 for the final. This mission was the mission I was most looking forward to, and one where I would be able to easily handle any firepower force I might have to face. With Dawn of War deployment and 4 tunnels to send units out of, I felt like I would easily be able to smash most opponent forces. I was 15 points off the top score, 16 points from maximum, and ready to rumble.

And then I got to the table. Four stubborn IG platoons, 40+ in each blob, with Straken, 2 Psyker Battle Squads, an cheap Inquisitor and a Callidus Assassin. No vehicles and a metric ton of bodies that I had to kill every single one of to get the massacre I needed to threaten table 1. My opponent deployed 2 blobs of infantry on top of the two objectives near the center of the board, daring me to come fight for them, with Straken behind them to give Counter Assault and ensure that the first round of assault would cost me. I held everything to come in on my turn 1, making the Callidus’ Word in my Ear useless. I rushed out, and had my opponent’s Reserve rolls help me. The Callidus remained in the tunnels I placed her in, and his Al’Rahem platoon blob came in on my right flank, destroying a Berserker Rhino, but leaving some Berserkers behind. The best part was the exploding Rhino killing 12 of his blob and half of Al’Rahem’s command squad, making my job on round 2 easier. Several Daemon packs came in, letting me murder Al’Rahem and his blob and assault the 80-odd guys in the center in a massive wave of destruction. After that, there was a lot more battle in the center, with his 3rd blob committed, and breaking on rerollable Stubborn 9, giving me the center and the win. Abaddon made his way across the board, killing the Callidus Assassin and eventually breaking the last enemy units holding the final objective. With every enemy model dead, I held the field and all objectives for a 43 point massacre.  About 200 enemy models were claimed for the Skull Throne this game. Whew, even Berzerkers get tired…

I ended four points behind Darkwynn, for the 1-2 Gladiator combination placings. Darkwynn played straight Codex Imperial Guard (his Leafblower) and I had a blast with straight codex Chaos Space Marines. For the day I faced only 2 Superheavy models, a Baneblade variant in rounds 2 and 3 – definitely a change from the Titans every round that I faced last year.

This year’s Gladiator had the elements that make the event fun – crazy missions that test your flexibility as a commander, with elements that are over-the-top and radically change the game. I appreciate the challenge of playing a completely different style of 40K, and I recommend the Gladiator to anyone who wants to play heavy armies in complex and unorthodox missions. Finally, GO CHAOS SPACE MARINES!. 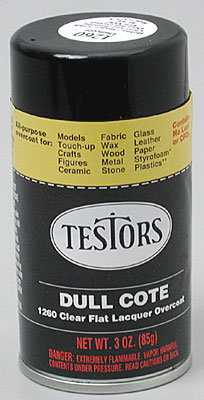