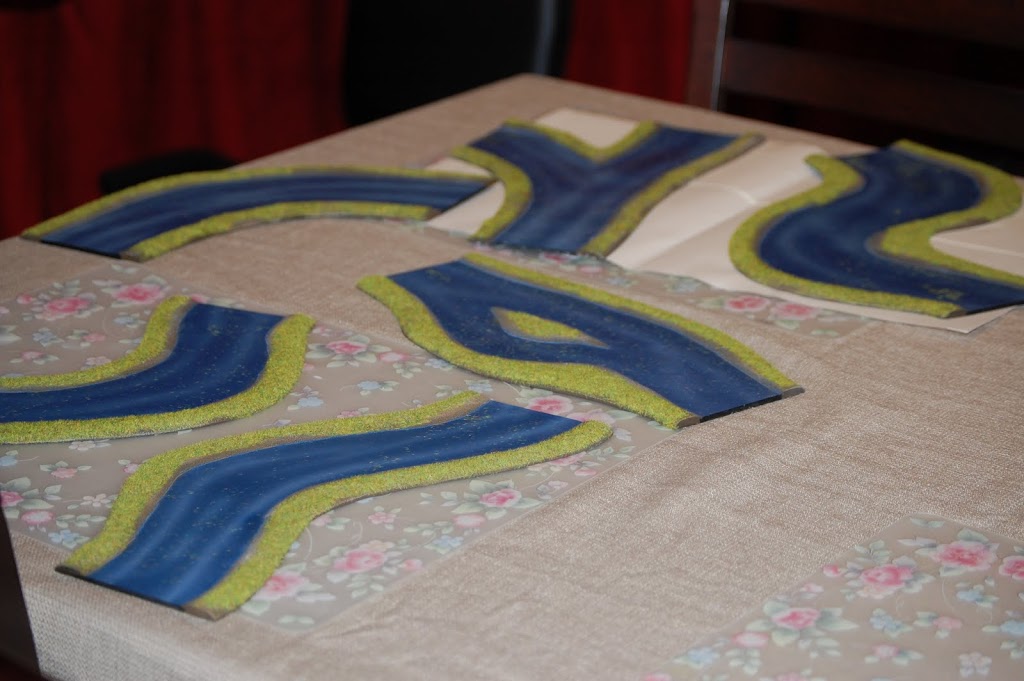 Hey everyone, today I’ve got a few pieces of the pre-constructed, pre-painted terrain from Gale Force 9.  We already had an un-altered set so we decided to add some grass to this one.

Though designed for Flames of War, it could really be used by just about any game system to create a water feature.  The colors on the water itself are really fine.  It looks like they are done mostly with an air brush. I thought the dirt along the shore was a little dark and decided to lighten it a bit.  I used a simple dry brush of a couple browns to bring it out.  Once the shore was done I just added the green static grass to complete the effect.  It’s an EXTREMELY simple process to create some pretty good looking terrain features.

~GF9’s Battlefield in a Box series is making some VERY good terrain pieces. I will probably be picking some up for my table at home (which is currently covered with mostly BoLSCon terrain).  What does everyone else think about it?