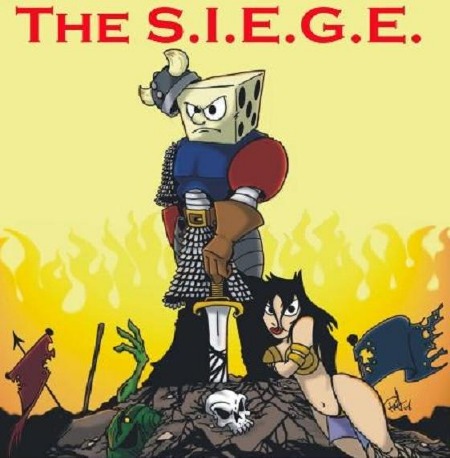 A few weeks ago I participated in Dicehead Game’s “Siege” Convention.  It was a very well run multi-genre event on Saturday and Sunday in Chattanooga, TN.  They had D&D games, Board Games, RPG’s, Flames of War, Warhammer 40k and Fantasy among others.

It was located on a very clean park/ fairground with plenty for a family to occupy themselves with if their significant other was gaming all day.

On the war-gaming side both 40k and Fantasy had a Team Tourney, a RTT, and a ‘Ard Boyz style event- yep 9 games in 2 days.  There was also some Flames of War events as well.  Very Adepticon-esqe if you ask me 🙂 They had probably about 1000 people thou the doors all weekend with participants coming from all over the south. Above is a pic of the 40k Team tourney after about an hour in. There were over twenty teams playing in that event- a feat hard to find outside Adepticon!

TPM Blood Angel and I went and played in every 40k event.  It wasn’t easy because we started at 9am Saturday and stopped at about 1am Sunday, and that was just for the RTT and Team Event. The ‘Ard Boyz style one started at 9 am that morning! I took my Looted Guard, fresh with new rust details (more on that later). Paul took guard as well, using the figures we painted up for Adepticon.

Overall the competition was fierce and many times I heard the phrase “I hate guard”. Don’t worry guys the Blood Angels will reign them in soon! When the dust settled Paul and I split the kudos down the middle with him winning the ‘Ard Boyz event, me winning the RTT, and we both won the Team Event.

It was a fun time and I recommend checking it out to anyone who likes a little serious wargaming in a relaxed atmosphere. Here are some great looking armies from the event.

My personal favorite is the Slaanesh army with the ipod ready Land Raider, and amazing freehand.  Enjoy! Author: Robert B
Robert is a veteran tabletop and miniatures gamer, and writer with over 20 years of experience. His specialtiesies are the worlds of Game's Workshop's Warhammer. He began writing for BoLS In 2010.
Advertisement
Painting Tournaments Warhammer 40k
Advertisement 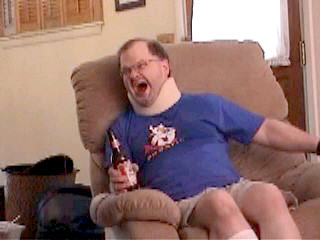