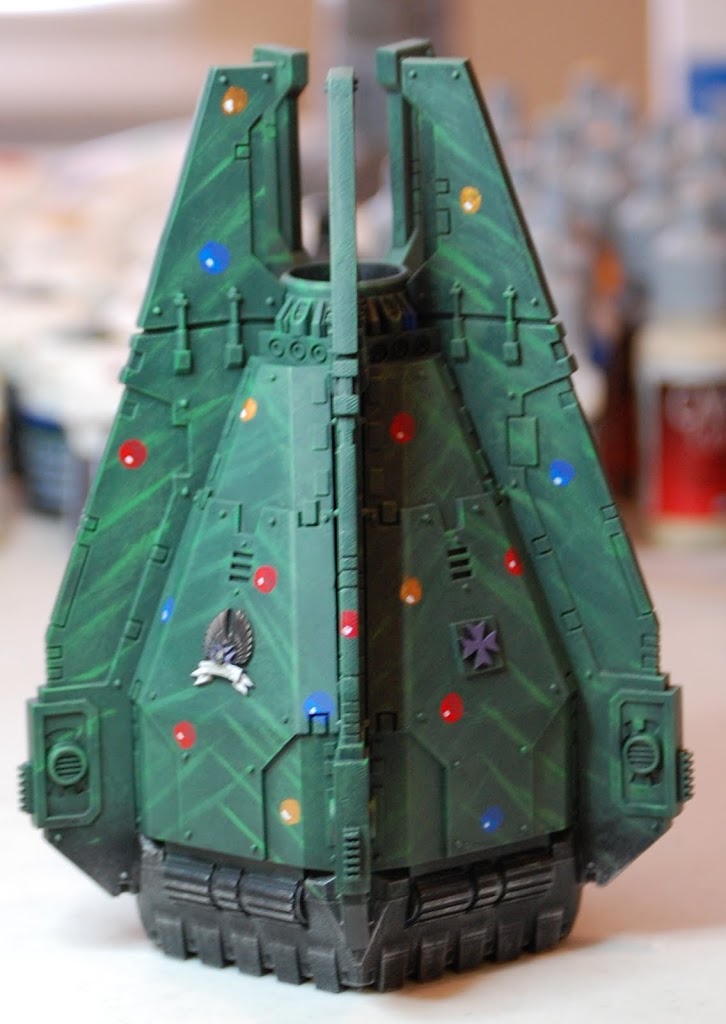 Summer is speeding toward us up in the northern hemisphere and it’s starting to get REALLY hot in Austin.  Being from New England, the heat really just doesn’t agree with me sometimes and makes me dream of the winter months, when it’s only mostly warm. And of course that (as always) leads to 40k.

Just about everyone has seen my Christmas Templars by now, but not many have seen the latest addition.  Though there was a sneak peak in one of my recent videos, I decided to do a full article about it.

That’s right!  A Christmas Tree drop pod!  I built it primarily for my little red-elf-hat wearing Venerable dread, but I’ve used it for my normal Crusader marines as well.  I’ve considered a few things to put on the top to be the “star”.  I may also build and paint a couple more as time goes on. It’s a very simple concept that I’d been thinking about for a while.  Obviously, since I have a Christmas Templar army… I’m a very big fan of the crazy fun models that people have build/painted and I’d love to see some other examples!

~Does anyone else have any fun models they’ve painted or built?  How about holiday or special theme armies like my Christmas Templars?  They are by far some of my favorites, and everybody loves to see them roaming the tabletop during the holiday season.