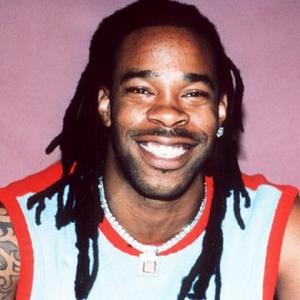 Having recently watched the MTV music awards I wondered why Cher was invited? Did she think she could (insert terrible joke) turn back time. Why does Usher’s music all of sudden sound like 90s Euro trash disco? Is his producer DJ Bobo? Mind you, the last time I watched the video awards was when Busta Rhymes and Martha Stewert were presenters in 1997. Besides thinking about being too old for the VMAs. Busta got me thinking about something completely different.

Will the CGI Space Marine Movie: Ultramarine coming out this holiday be terrible funny or just terrible bad?

How exactly does Busta get me thinking about 40k? This popped in my head as I contemplated taking violent action against Kanye West and Taylor Swift for cashing in on media hype. Well Busta got me thinking about 1997 and Games Workshop’s very first attempt at CGI… and I guess you can call acting.

In the late 90s PC games for the most part ruled the video game universe from Doom to Star Craft – this was a great age for PC gaming. It was also an age when video games starting using CGI and live actors. So it was at this time a PC game called Final Liberation was created set in the 40k Universe. As a game it was fine; what made it special and tragic was the CGI and live action cut scenes that made Command & Conquer’s acting look down right Oscar worthy.

The first cut scene is just the tip of the iceberg.

Here is a good taste of things to come…

and now some Space Marine love!

but that is not all! we want Orks right!

no 40k game would be complete without a Titan?

and finally my favorite for maybe the worst video game acting ever.

I think this game had over 20 cut scenes– so if you want more sensory paroxysm head over to youtube. I understand Ultramarine is all computer generated which gives me some pause, but not much hope.

In the same way I had nightmares after seeing Lady Gaga in her raw meat outfit do I have butterflies in my stomach about the impending CGI movie. I just have to remember that nothing can be as bad as Final Liberation. I have to also remember that this is 2010 and not 1997.

What type of hopes do you have for the Ultramarine CGI movie? You think Ultramarine is better off being CGI than a full blow Live Action movie? Is the Warhammer world a perfect match for bad acting? As always you are welcome to visit Blood of Kittens for your daily dose of all things 40k