40k: In Defense of the Humble Hormagaunt 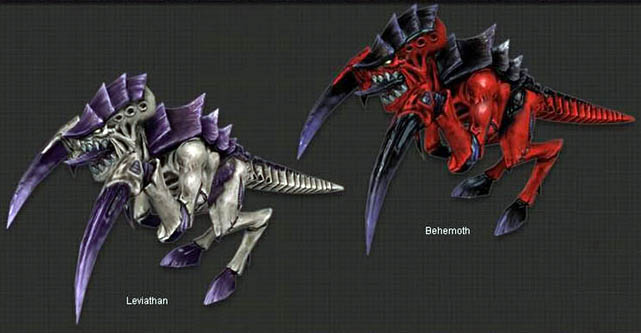 Ah Hormagaunt’s!  Aesthetically loved, but much maligned on the tabletop.  These guys are a lot better than most players give them credit for.
I’m sure I’m not the only one who immediately thinks of Hormagaunt’s when thinking of Tyranids.  Lets face it, much of the ‘Nid background material talks about the “carpet of bodies” covering a world, of a hissing chitinous mass of bodies and blades tearing prey apart limb from limb.  A big unit of Hormagaunt’s embodies nearly all of what makes Tyranid’s fun to play with and against: large numbers, alien, fast moving, and awesome in assault.  The problem is that it takes time and practice to realize how to get the best use out of them, and with many “competitive” players switching between two or three different armies every year, they never make that time.  Instead, the “competitive” crowd will tell you how other options are so much better.  Well I’ve been playing Tyranids as basically my one and only army for several years now, and I’m here to challenge your preconceptions.

I’m sure a number of you are only reading this far to see how inane my reasons are, but hear me out!  I admit that on paper, 200 points of Hormagaunt’s are worse than 200 points of Termagants of whatever variety, whether naked and backed up by a Tervigon, or the 7pt upgraded version.  But theory doesn’t always translate to practice, and the more I’ve used Hormagaunt’s, the more I think far too many people overlook these spiky little guys.  You see, I actually like the idea of my Troops choices being able to do more than simply sit on an objective and hope to survive the game, and that’s where Hormagaunt’s win out over their Termagant competition.

Hormgaunt’s have several oft-overlooked advantages compared to Termagant’s.
– Cost, including cost per damage potential
– Threat range
– Performance vs. targets with I5 or better

On paper, the Termagant’s will win out against a Tactical squad.  Why?  Numbers.  You’ll get 28 upgraded Termagants for every 20 fully upgraded Hormagaunt’s.  For the same price of 20 Hormagaunt’s with Toxin Sac’s you could have 32 standard Termagants.  The Termagants are weaker in combat, but have shooting and numbers to compensate.  I admit this.  But I don’t think that’s the end of the debate.  Results on paper doesn’t always align with the tabletop.  First, much of the netspeak also mandates fielding a Tervigon for every Termagant squad.  Are Tervigons good?  Heck yes.  I field one or more in most of my lists.  Are they the end-all be-all?  No.  You’re paying 195 points or more, for a standard loadout, and that cost is rarely figured into the comparison between Termagant’s and Hormagaunt’s.  Those 200 points are coming from somewhere, and you’ve got the opportunity cost of not being able to spend those points on other things, such as Trygons, Hive Tyrants, Primes, whatever.  It means you’ve got to keep those Tervigons within 6″ of the Termagants whenever you want to assault, and that is far more difficult in practice than theory.  It also means that if your opponent does kill those Tervigons (not an overly difficult proposition), your Termagants are now practically useless.  Does that mean I don’t think you shouldn’t field Tervigons?  Not at all.  But having Hormagaunt’s, which can basically operate as “fire and forget” close combat missiles has a lot of value.

Looking at pure number of models per points has a second problem.  It’s tough to get even 20 models into assault coherency.  That may not be a familiar experience for those of you who play power armored forces with a cap of 10 models per squad, but it’s true.  I find that I often only get 16-17 models in on most assaults simply because of the vagaries of how models end up getting spread out while moving whether because of terrain, etc.  When you cap the number of models that can get into CC at just 17 or even 20 models, the Hormagaunt’s win out versus the Gaunts, even fully buffed/upgraded Gaunts..  In fact, they win out by more almost 2 kills per assault.  That adds up over the course of a game.  “But what about the Termagants’ guns?”, you say.  The fact is, they’re barely relevant.  28 Termagants all shooting at an MEQ squad will kill a grand total of 2 models on average.  The 8 remaining enemy models will still be within 12″ and will assault said Gaunts next turn and tear them to shreds, since upgraded Termagants still can’t hold up against Tactical Marines in assault if the Gaunts aren’t the ones assaulting.  Remember that by rule, Furious Charge does not trigger on a counter assault.  As you start taking casualties, the damage potential per model (threat density) is simply higher for Hormagaunt’s.  Hormagaunt’s will have fewer total numbers, but they’re just as survivable in 4+ cover, and in practice I’ve found that most opponents will focus most of their shooting on other elements of the army, such as Hive Guard, Zoanthropes, Trygons, Tervigons, Tyrants, etc, leaving the little guys free to get into assault range mostly undamaged.

There’s something else to consider: threat range.  Hormagaunt’s can threaten an enemy unit from 13″-18″ away, and with them taking the highest of 3d6 on their run/fleet move, the result is often closer to 18″ than not.  Yes, this is a big deal as it means Hormagant’s give a Tyranid player the ability to control the assault versus nearly every “standard” unit you’ll run up against.  And before you start thinking about opposing units assaulting out of transports, just remember that the Termagants will face the exact same situation, and if your shooting units can’t kill the transports first, then the Termagants won’t be assaulting either.  This is huge, since a unit getting out of a stationary closed-top transport or Land Raider has the ability to assault roughly 15″, and that’s not even considering counting assault squads, flying models, beasts, and open-topped transports used by Orks and Dark Eldar.  The standard 12″ threat range of Termagant’s means you’re effectively playing a game of chicken with most enemy units.  That gives your opponent a chance to rapid fire your units, or be the one assaulting, and both are situations a Tyranid player can’t afford to lose.  Hormagaunt’s can “jump” that gap and go from outside rapid fire range to assaulting in just one turn.  Even better, with their IB: Feed rule, you can be sure that even if they get outside Synapse range, they’ll automatically try to do what they do best, assault something.  Termagant’s will simply sit on the nearest piece of cover and fire their almost completely ineffective guns.

Lastly, you’ve got to consider performance against anything with Initiative 5 and above.  Khorne Berzerkers, Eldar and Dark Eldar, Daemon Princes, and many basic HQ’s all fall into this category.  Sending Termagants in against those targets, or worse, having those targets assaulting your Termagant’s (not improbable as discussed above) will result in quite a few dead Termagant’s.  The Hormagaunt’s are a different story.  With adrenal glands granting Furious Charge, they’ll strike at I6 in the open, before many of those units listed above.  That makes a huge difference.  Lets be honest.  None of the basic gaunt’s in the Tyranid codex are all that survivable.  4+ FNP helps, but it’s better to simply not take the wounds in the first place, and so striking first is important.  The Hormagaunts’ higher base initiative allows them to go after units that Termagant’s can’t even dream of taking down.  I’ve had my Hormagaunt’s kill the Swarmlord with guard, Daemon Princes, Bloodthirsters, Bloodletters, Trygons, and more because of that initiative 6 and wounding on a 4+.  Do you remember my earlier point about threat density?  How many fewer models make it in versus smaller “elite” units such as a single Daemon Prince?  Having a higher combat potential per model is even more important in those situations.

One last point, and one that I’m sure will result in even more ridicule.  I run my Hormagaunt’s as the 10pt variety, with Adrenal Glands and Toxin Sac’s.  A lot of posters around the web will say that Toxin Sac’s are the best point-for-point upgrade for killing infantry, and that the strength boost from Adrenal Glands isn’t worth the price, and they’re right….except their argument ignores one essential factor.

You see, unless you’ve been living under a rock, or are new to the game, or have a local meta game unlike most other areas, mechanized lists rule the scene.  Against a pure infantry opponent, yes, Toxin Sac’s are the best way to go.  But strength 3 Hormagaunt’s have absolutely no way to hurt vehicles.  Yes, the newest Tyranid codex has lots of good ranged anti-tank options.  But sometimes even that isn’t enough.  How many times have you been running Marines and needed to assault a Rhino with a Powerfist sergeant towards the end of a game to stop it contesting an objective?  I’ve seen it happen to the best of players.  Adrenal Glands bumping up the Hormagaunt’s to strength 4 gives them at least a slight chance to damage or even kill (via mass glancing) any vehicle with rear armor 10.  The odds aren’t great, but at least the option is there.  That strength boost also gives precious re-rolls to wound against nearly every main line unit in the game- and that means many more wounds and kills in CC.

Termagant’s have their place.  They are great at holding objectives, but when it comes to actually taking ground away from my opponent, the humble Termagant just doesn’t cut it.  Hormagaunt’s can fulfill that role of basic unit killer, freeing up the more specialized units in my army to play to their strengths.

If you haven’t tried them, and I mean really try them over 10-20 games, give them a shot.  Once you’ve done that, then you can start ranting about my complete lack of skill. -Lux