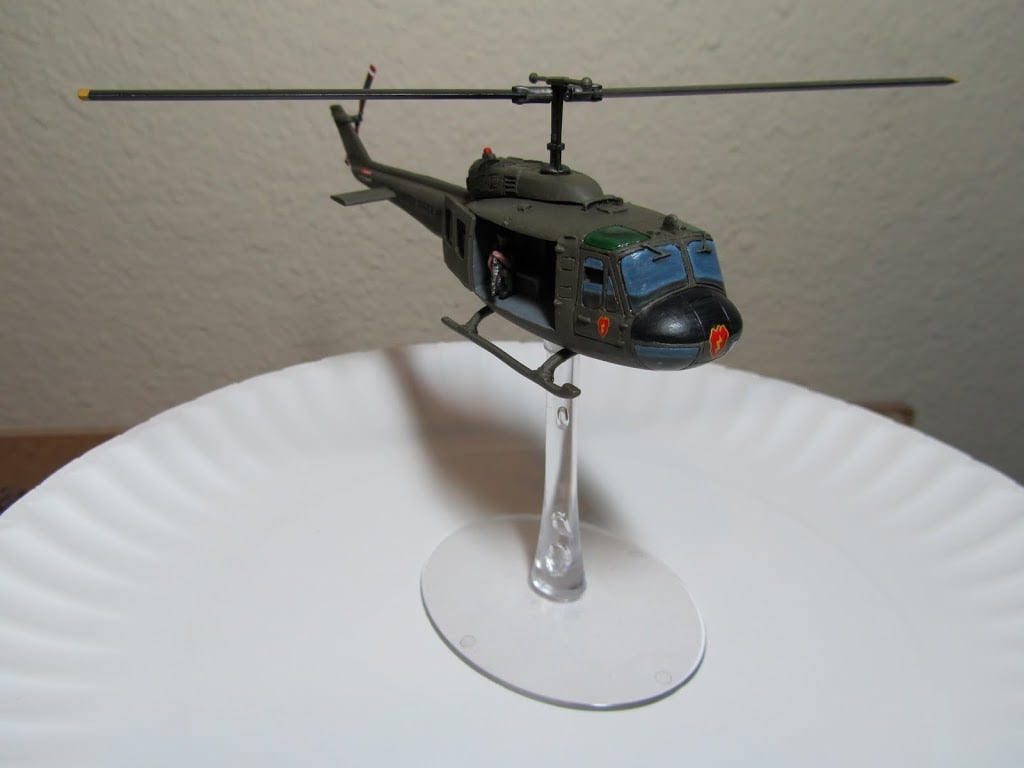 Frost here again, this time to tell you about one of the new model kits in Battlefront’s latest foray into the Vietnam War. The UH-1D “Slick” was the primary means by which air cavalry units got into and out of battle, as well as receiving light supplies and reinforcements. Bigred handed me a kit for one the other day, so I took a crack at it.
The kit is fairly standard for Battlefront, consisting mostly of resin with a few metal components, such as doors and crew. The rotors are all plastic, similar to other plastic (on sprues) Battlefront components.
As far as casting, the resin components come out very well. The metal components are representative of most metal Battlefront minis, neither bad nor great. The rotors, however, are of a hard plastic that, while well detailed, are very brittle due to the small size of the components. I recommend attaching the rear rotor to the model after you are finished with painting, or at least at a point where you can minimize handling. Overall, the level of detail in the kit is very nice, with a lot of articulation of the rotor assembly.
The kit also includes a transfer sheet that should accommodate most of the symbols a hobbyist would want, with the exception of certain unit-specific markings.
One thing that really liked about this kit is the use of magnets on the stand and top rotor, making it easy to “land” your aircraft and making storage a ton easier. The stand was a bit precarious (the center of gravity is a bit to the stand’s rear) and could have been designed with a little less reliance on the magnet for stability, but otherwise it is a very clever and incredibly useful feature.
As far as painting the “Slick”, I pretty much used the techniques outlined in Wargames Illustrated 282, which has a lot of excellent painting tips for FoW: Vietnam. Just don’t do what I did and forget until the last minute to paint the shroud and rotors black. The only thing I did differently was that I gloss varnished all the windows, which I’m not sure if I like or not (most of my military minis don’t have such big windows). Overall, if you are a Vietnam War and miniature gaming enthusiast, I think you will be pleased with this kit. It is somewhat fragile, so don’t go dropping things like templates on it (like you clumsy jerks that make me repaint all my helmets every tournament).

And that’s it. Feel free to ask any questions, leave feedback, or share ideas on painting up FoW Vietnam forces.

Author: Mike Travis
Mike is a veteran tabletop miniature hobbyist with over 15 years of experience. His specialty is miniatures painting and tutorials for Warhammer 40K, Age of Sigmar and Flames of War. He began writing for BoLS in 2010.
Advertisement
Flames of War Review
Advertisement 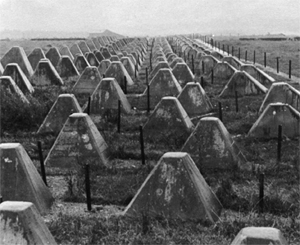