Editorial: So… Does Size Matter? 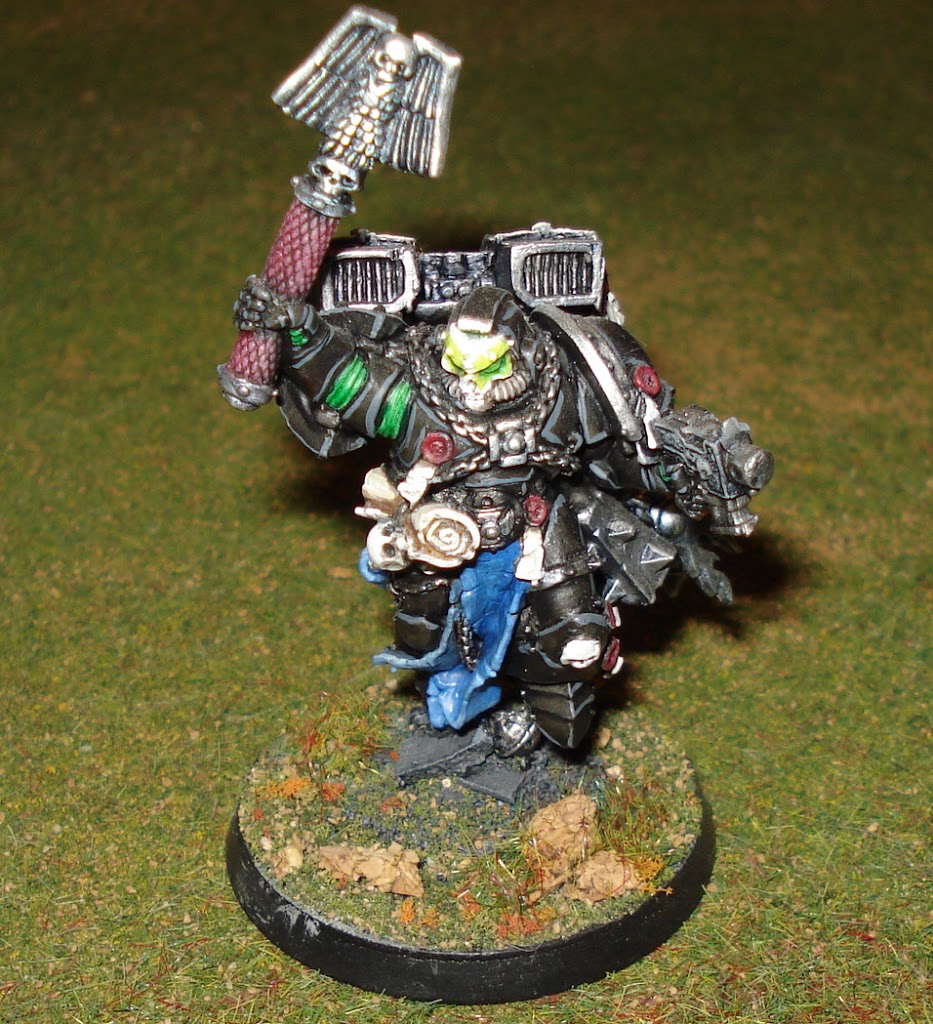 I’ve been in this hobby since I was fifteen years old, waaaay back the early 90’s, and I’ve seen trends come and go.  One such is represented in the picture above…

…can you spot it?

Hello again boys and girls, Unicorns and children of all ages, Brent from Strictly Average here, and I’ve got to ask an embarrassing question – one that touches everyone who reads this in some way, shape, form, or fashion:

To answer that question I’ve spent the last couple of hours digging through my collection, trying to find models to best represent the question we’re all here today to answer.  This will be a picture heavy article, and one you should read through fairly quickly.  Still, at the end I reveal that I don’t so much answer the question as drop it on you for discussion in the comment’s section.

Let’s get started.  Did you notice the problem with the Chaplain? How about now?  The point is these models each represent a human in Power Armor, and anymore when you open the pages of the newest Codexes / Codices you’ll find they’re mounted on the standard sized slotta bases.

So was I wrong when I mounted these?  Not really.  Each of these models was put together and painted in a time when it was normal to represent your ‘special’ models, basically anything from the HQ section, on larger bases.  Everyone did it.

But is it okay now? Advertisement
…but it’s already generated an interesting question from a reader over on my blog.  It’s not one I can ignore either. I was showing off works in progress pictures of my Tervibug (Tervigon), which I’ve created as a sort of ‘ultimate Genestealer Primarch’ who’s going to call forth hordes of Hybrids.  The Magus represents the Psychic potential, plus I think it looks cool.

Anyway, the dude liked it but asked how it matched up to existing models; he thought maybe I was modeling for advantage, deliberately trying to game the system through converting models. As you can see, the Tervibug works to scale, I think, compared to the Carnifex on the left.  So no problems there… but it got me to thinking about the other models in my collection, namely the Carnibug on the right.

Some of you recognize the old Screamer Killer model from the early days of the Tyranid army.  I’m a sucker for the older GW models, so I spent quite a bit of money, both real and in trade, to obtain the old collections from several of the locals.  The main model I was trying to get my hands on was the Screamer Killer.

But you can see he’s quite a bit smaller than the old Carnifex. Then of course there’s my Harpy conversion, the model on the right.  I’ve built two using bits from the old metal Hive Tyrant, the old metal Lictor, and the old metal Tyranid Warrior.  (Mmm… there was a better way to craft that sentence.)

The Harpy is a Monstrous Creature – so is mine large enough?  Am I converting for advantage? So I’m dealing with a few ideas on the same theme, but it got me thinking about how old models compare to newer.  In the picture above, the first generation of Dreadnoughts aren’t even close to the bulk of the newer ones. Termintors these days are maybe a touch larger, but it isn’t that noticeable. Here’s a few different generations of plastic Space Marine, from oldest to newest. I mentioned I have a thing for the older models, right?  I have a large collection of RTB1 era plastic and metal Space Marines, my ‘Homage’ army… …but a squad of the old models is significantly and noticeably smaller than models like these current-gen Thousand Sons. I’ve read online that some folks aren’t happy when people bust out the original Rhinos.  Here you can see there’s a fairly significant size advantage.

Though which way does that run?  When I use the smaller Rhinos in my Homage army I’ve always felt at a disadvantage, since they can’t block Line of Sight in the same way a modern Rhino can… but are they easier to hide? So am I, unwittingly or not, unfairly using models that are too small for the current game?  In the case of my ‘Daemon Dogs,’ which represented Lesser Daemons and a Greater Daemon in my last Chaos Space Marines army, I’d have to say, “Yup.  Probably so.”

I didn’t mean to – I just liked the idea and the way it looked – but I no longer use these models.  They’re way too easy to hide, and that’s not fair to my opponent.

So the first question I raised is the size of the base, so I have to say, “Yes, it does.”

There are very specific ways I could use the disparity in size to gain an advantage in the game, primarily through disembarking two inches away… the Chaplain I posted above would be that much closer for an assault.

As much as I hate it, I’ll have to change these based before I use the models again.

Here are some questions I’m leaving for you, but feel free to comment about any topic raised in this article – it’s all fair game!

Is it okay to deliberately model for advantage?

Are you that worried about the inevitable small issues with scale anyone who converts models will inevitably have with Counts-As models?

What’s the most egregious examples of modeling for advantage you’ve seen?

And on the issue of old releases…

Is it okay to use an old model GW released when a newer model is available?

Are some okay and some aren’t?  So when is it a problem?

Now, for my part, whenever I use old models I’m deliberately very generous with sight lines, and I always err on the side of my opponent.  I don’t want anyone feeling gamed because I like the old Screamer Killer.

Is that a solution or am I just fooling myself?