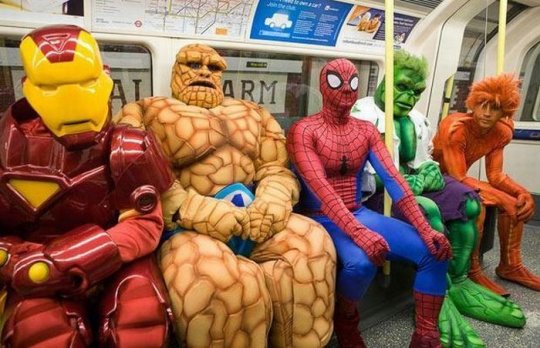 Goatboy here again – wishing good times on all the Minotaurs and Centaurs out there. Last week I talked fixing vehicles in 40k – this week, its ICs.

I usually try to think of harsh things first as a way to help get to a better middle ground that still makes the game fun as well as work. Will see if some of these ideas end up in 6th or we get a completely new game.

Today I want to talk about how we can fix the Independent Character. For the most part I think they work but I feel there are some things that can be changed that would hopefully help out our HQ’s. I do get tired of hearing how bad ass these “leaders” of the super men are in all the fluff and when you play them on the battle field they just always seemed to get punked by a random “floating” powerfist. You would think that the marines would be in trouble with how many times their leaders have bitten the dust.

As much as we want the game to be about massed shooting, units, and crushing movement tactics the special character is one of the meat and potatoes of the game. Without these heroes on the battlefield we would end up having a rather boring game. Trust me I don’t want my IC to go through and kill your entire army – I just want them to be a little more bad ass when they get jumped by 10 plastic dudesmen.  Here’s my ideas for tuning up ICs for 6th Edition:

This is one rule I think needs to come into the game. How many times have you seen your badass, fearless HQ get chased off the board when their squad eats it in combat. I have chased off Vect with one random jerk attached all across the board. Does that make sense for your badass to get scared if his meat shield died? No fearless means they are for all intents and purposes bat-sh$t crazy. They get mad, yell and drive their unit forward in an unending sea of pain, glory, and most likely a lot of blood.

How many times have you seen a Chaos Lord not attached to a fearless unit? Don’t you think he would make his comrades fight harder and a little bit crazier? I just don’t like to see my fat bootied IC get run off by a Rhino going out for a joy ride through the back field.

This would help resolve the floating Powerfist trick we see a lot. I know it doesn’t resolve the IC not getting enough attacks in to kill off the unit it does make the opponent have to choose between putting it into his buddies that are around him or the main baddie himself. I feel this is also a pretty easy one that wouldn’t make the character over powered as it just helps protect you investment a bit better and makes you have heroes instead of a powerfist sheath made from your face.

#3 – An IC Can Direct all its Attacks at One Model in Base-to-base – Thus Killing the Powerfist/Powerweapon etc.

This one is a little bit harder to swallow as it goes against some of the ideas presented in the assault phase. I think that if an IC so chooses he can forgo all his attacks and put the hurt on one specific model. This would make the decisions of trusting whatever Invulnerable save you have and putting the hurt on the squad or taking out the Sarge a very interesting one during a game. Do you go for the skilled kill or try to trump up the wounded total to win/break the squad? It is something like this that can add a bit of excitement to an assault as you try to decide what to do. It does hurt models with a large amount of attacks but it does allow you to let a character showcase their skill and pick a unit apart.

#4 – Have Some New “Upgrade” Options for Basic HQ’s in the Main Rulebook.

Maybe you can give them Eternal Warrior or other USR’s in the main book. Give a flat cost and let us create more unique characters that won’t just be a different color of whatever named Special Character in the book has. The Wolves book solved this with Sagas and I think other books could use the same sort of thought to allow us to create our own “heroes/villains”. I think this is much more of a stretch as I feel we might see more of this design in some upcoming books but still wouldn’t it be neat if we had more options to “hero” up our leaders?

Subscribe to our newsletter!
Get Tabletop, RPG & Pop Culture news delivered directly to your inbox.
By subscribing you agree to our Terms of Use and Privacy Policy.
Those are just some thoughts I had about making the IC’s a bit more punchy without making them dominating. Next week I want to look at the shooting phase and some thoughts on tweaking a pretty rock solid system. Go ahead and comment away on some other thoughts and what you think might work out better.