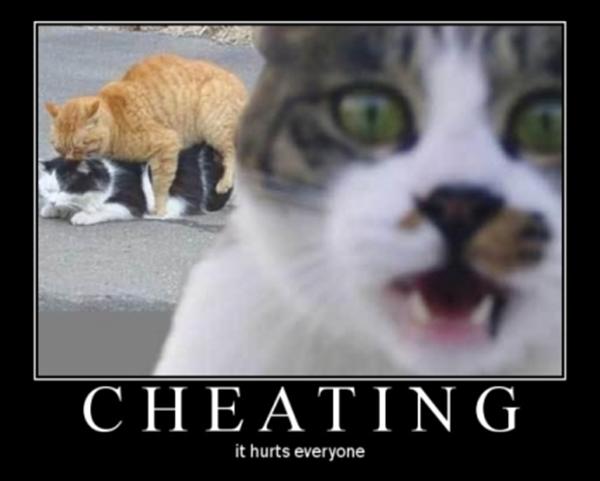 Goatboy here again and the title says it all. I want to go into how people stretch the game to “cheat” you.

Not all of these so called tricks are cheating but a lot of them push the edge. These are all things people have pulled on me in the past. I rarely see it pulled on me in any event these days due to watching for it and not letting things get pulled on myself. It also helps I will talk about it on the site too. Cheat #1 – Using a tape measure that is out farther then you normally just need for movement to “pre-measure” distances.

The interesting thing on this cheat is that everyone should know what this is. Tasty Taste talked about a player last year that was shown in the video doing this. I rarely see this as it is a pretty obvious cheat and something most people catch. It is one of the reasons I use that awesome little 6 inch template I got from Da Boyz GT last year. Basically when folks try this cheat, they have their tape measure out at 12 or so inches, locked and you use that to measure their 6 inch + movement. This lets you find out if you are in rapid fire, assault, etc range pretty easily. I am hoping in the new edition of 40k, one of the only changes will be the addition of pre measuring so this cheat as well as some of the others won’t be an issue any longer.

Helpful Hint # 1 – You can pre-measure in 40k by utilizing your longest range weapon that the farthest away from your enemy. If it is in range then you can figure out what your range is for your other units as they either have a shorter range or something similar.

I know that sometimes you can make different decisions as you play your movement phase out. I have seen some players move a model, move it back, and then move it again to create an advantage of movement do to the other player not paying attention. Usually when I play, I make my decisions before I even start my own phase. So when I move I know exactly where I want to go. I have also seen some crazy rotation shenanigans too that try to utilize the “free” pivots you can do throughout your movement phase. Yes I know that some vehicles that are longer then they are wider get a free bit of movement. This is how the rules work. But as a player you can figure this out pretty easily and see yeah – you might get an inch or two and you can plan for it. This stop and stutter movement is really bad on non vehicle units too as I have seen stuff look like they basically pull a 7 inch movement as the opponent basically leapfrogs his guys around. Again you can see this in that same video Tasty Taste put up.

Cheat # 4 – Not telling your opponent what is in your list or how it works.

This is another annoying one that I have seen happen in two ways. You can slow play the turn by taking forever between each phase. This has happened to me a bunch of times as well as a lot of other players. You can also see this in some people taking armies that play slow ie Hordes etc. This is a tricky one as it doesn’t look like they are purposefully slow playing but it can be frustrating to play against as you rush through your turns and the player is slow moving and making sure all their plastic guys are exactly 2 inches apart. I know we play very fast locally and not everyone can burn through a game at that level. This is one of those things you have to watch for and as an opponent you can help alleviate this by not letting more then one turn get effected by this type of play.

Helpful Hint # 6 – If the player is going slow or making sure all his guys are 2 inches apart you can tell them – look I know they are two inches apart so will just play it that way so you don’t have to painstakingly move each guy exactly 2 inches. Just make sure the front guys are moved correctly and we can go from there. Look this game is about having fun and I think there are a lot of grey areas that people try to push the game into a favorable match up for the win. There are other cheats too and if you have found some pulled on you write about it in the comments. I might seem like a WAAC gamer but at center of it this hobby is about having fun and getting a couple hours away from the real world full of bills, assignments, mean significant others, and crappy jobs.

Have fun and be safe out there gang.  What kind of shenanigans have you seen out there and how do you deal with it?