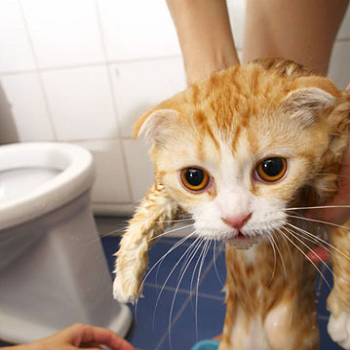 So you may ask, “My Grey Knights are underwhelming in melee, even with force weapons, and Paladins are too expensive! What can I do?!” The answer: Splash Death Cult Assassins.

The term “splash” comes from Magic: the Gathering, a card game in which there are 5 colors (6 if you include colorless, 7 if you count gold, or multicolored, as a color…) with which you build your deck around. Generally you play with 1-3 colors, with 1 being restrictive and 3 being spread thin. Splashing a color, say, splashing blue, means you primarily play with a different color, but throw in a few blue cards because they’re worth it

What you see in a lot of online communities is list building of either “pure” Grey Knights or “pure” Inquisition. I think one of the strongest list archetypes in the GK Codex is mostly GK with a splash of death cult assassins (DCAs). For the cost of a vanilla marine, a DCA has 4 WS5, S4, I6 power weapon attacks on the charge. This is one of (if not the) hardest hitting assault units in the game, at any point cost… the fact that they’re relatively cheap is just a bonus. But don’t take my word for it, here is some math for you.

That’s quite impressive, but there are a few drawbacks to DCAs. They’re a glass cannon, they lack fleet or jump packs, they don’t have frag grenades, and they only have S4, which is problematic against MCs or vehicles. There also has to be an inquisitor in the army.

Conveniently enough, a single model can alleviate many of their weaknesses: a Land Raider Redeemer or Crusader. Both of these variants give them an AV14 shell with a 21″ charge (12″ Land Raider movement, 2″ exit, 1″ base size, 6″ charge). They also grant frag grenades to the unit, so assaulting something in cover is no longer a huge threat. I’d suggest the Redeemer for a slight point savings and the flamestorm cannons. Put a multi-melta on it to pop transports so your DCA squad can charge the contents. A Stormraven is acceptable too, especially if your heavy support slots are filled with Psyflemen and Dreadknights.

But what about once you’re stuck in combat? Well, there is another henchman called the Crusader, which has a single WS4 S3 power weapon attack and more importantly, a storm shield. They have twice the survivability of a DCA for 40% of the hitting power against MEQs, so you don’t want too many.

Finally, we have their mere 4 strength to deal with. An Ordo Xenos inquisitor with hammerhand, rad grenades, psychotroke grenades, and power armor comes out to 93 points and effectively increases your squad’s strength by 2 against non-vehicles, along with other random psychotroke effects. Replace the bolt pistol with a combi-melta and you have a ~100 point HQ that is not only required, but greatly increases the kill power of your unit.

Here’s the unit fleshed out:
Ordo Xenos Inquisitor – hammerhand, force weapon, combi-melta, rad grenades, psychotroke grenades, power armor
7 DCAs
4 Crusaders
LR Redeemer with multi-melta
At 523 points, that’s quite a death-star, but nearly half of those points is the Land Raider itself which, in my opinion, doesn’t really count for the unit’s total cost as it is a battle tank on its own. You could go cheap and save 200 points by buying them a Chimera instead, but you lose the charge range, survivability, and frag grenades.

So what will happen if this unit charges 10 TH/SS terminators (at 400 points)?
The 7 DCAs will inflict 5 wounds on their own. The 4 crusaders and the inquisitor will deal another 1.3 or so wounds combined. Assuming the psychotrokes fizzle (because the effects are too annoying to mathhammer out), the remaining 4 TH/SS terminators strike back, dealing 3.33 wounds, which are allocated to the crusaders and kill 1-2. 6 wounds vs 2 is a 4 point deficit, meaning the terminators will be taking a morale test at Ld 4. I6 vs I4 means they’ll be taking 4 No Retreat wounds, then going back into the fight. The following turn, the 7 DCAs will kill 3 terminators (less attacks and no rad grenades), and the remaining 2 crusaders and inquisitor may or may not be able to finish off the last terminator with their S4 power weapons, but you can see where this is going. At a loss of ~45 points, the unit took out 400 points, and this is without the psychotroke abilities like re-rolling to-hit rolls, reducing the enemy to 1 attack per model, or making the enemy attack their own troops on a failed initiative test, although to be honest, the other 3 abilities (no effect, Ld2, and I1) don’t really matter in this case, since they have ATSKNF with 2+ saves and they’re already I1.

This isn’t the end-all build of DCAs. You could, for example, take servo skulls on the Inquisitor for utility. A couple of melta acolytes can provide more transport-popping abilities so you can charge their juicy contents. A banisher or two would grant you S8 +2d6 vs vehicles, allowing you to take down any walkers that try to tarpit you. A Techmarine with rad/psycho grenades can be attached, which will do similar things to an inquisitor, banisher, and acolyte combined, although not as well (hammerhand at Ld8, S8 attacks without 2d6 armor pen, twin-linked BS4 plasma pistol instead of BS3 meltagun). Techmarines allow you to run multiples of this squad in a Coteaz list, and provides great synergy with a vindicare assassin because of bolster defenses. A Librarian could also be used with hammerhand and might, which is more vulnerable to psychic defenses, but can be used every turn and also provides S6+2d6 against vehicles on every single DCA attack, making walkers easy game.

Will you splash DCAs into your Grey Knight list? Do you have a favorite warband build?

40K Deep Thought: How to Build a Collection