Battletech Lore: A Brief History of the Inner Sphere – Pt 3 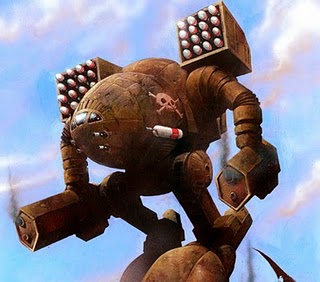 By Cerberus
Picking up from last time, the tale of the Inner Sphere continues. Sometimes the greatest threats come from within.


Shortly after the Clan invasion ended, Hanse Davion, prince of the Federated Commonwealth, died leaving his son Victor as Prince.
The years that followed saw many changes in the Inner Sphere.  Prince Victor’s mother, Melissa, was assassinated apparently on the orders of his sister Katherine.  She used her influence in the Lyran half of the Federated Commonwealth to secede from it creating the Lyran Alliance, and establishing herself as ruler.  Several of the Clans also went through major upheavals; Wolf saw its ranks split as half of its warriors joined the forces of the Inner Sphere, and Jade falcon was nearly destroyed by the remnants of Clan Wolf in a War of refusal.

Victor Davion, tired of fighting his former allies in the Inner Sphere, called for the Great Houses to put aside their differences and unite to drive the Clans from their space. If the nations of the Inner Sphere could come together and reunite under the Star League banner, the purpose of the Clan invasion would be nullified.  In 3059, Sun-Tzu Liao, Chancellor of the Capellan Confederation, was elected the First Lord of the new Star League.  A proposal was made to eliminate one of the Clans entirely.  Clan Smoke Jaguar was to be their target.  They would launch a two part campaign under a united Star League banner; Operation Bulldog would push the Jaguars from the Inner Sphere while Task Force Serpent would find the Jaguar home world of Huntress and destroy the Jaguar’s culture.  Both missions were an overwhelming success, largely to the refusal of the other Clans to participate in what they felt was a personal attack on the Smoke Jaguar’s honor and the defection of Clan Nova Cat who shared much of the Jaguar occupation zone.  However, the task force would return to the Inner Sphere over a year later to find that things had changed dramatically while they were gone.
Katherine Steiner, now calling herself Katrina after her grandmother, the last Archon of the Lyran Commonwealth, had successfully deposed her brother Victor from his throne in the Federated Commonwealth and named herself ruler.  Victor Davion, the hero who defeated the Clans, had lost his throne.  However, in a bold measure to preserve the balance of power in the newly reformed Star League, Precentor Martial Anastasius Focht named Victor his successor as commander of the new Star League Defense Force at the second meeting of Star League in 3061.  He used his deciding vote to refuse his traitorous sister a seat as the next First Lord of the new Star League and helped place his newest ally, and former mortal enemy Takashi Kurita in that post. Katherine Steiner was furious.  In 3062, she had her younger brother Arthur Davion assassinated. In 3063, Victor’s lover, Omi Kurita, daughter of Takashi Kurita, was also killed on her orders.  This move forced Victor to set aside his role as Precentor Martial and lead an open rebellion against his sister.  Many of the people and the military might of the Lyran Alliance and the Federated Commonwealth fought for his cause. The knowledge of Katherine’s duplicity in the deaths of her mother and brother was finally made public.  After five years of violent and bloody civil war, Victor again emerged victorious.  He relinquished any claim to the throne and placed his remaining two siblings in power of both halves of his former realm, choosing to keep them separate but allied.  He himself returned to his duties with Com Star.

There is a great deal of excellent fiction that comes after the Fed Com civil war; the Jihad of the Word of Blake, a fanatical division of Com Star, and the Dark Age beginning in 3132.  However, this era is where the majority of Battletech games are played.  There is just the right blend of military conflict and political machinations to inspire gamers of all kinds.
For further reading, please check out Michael Stackpole’s brilliant trilogies “Warrior” and “Blood of Kerensky”.  They form the basis for all the excellent works to follow.  We will be headed into the game itself and rules basics coming soon.