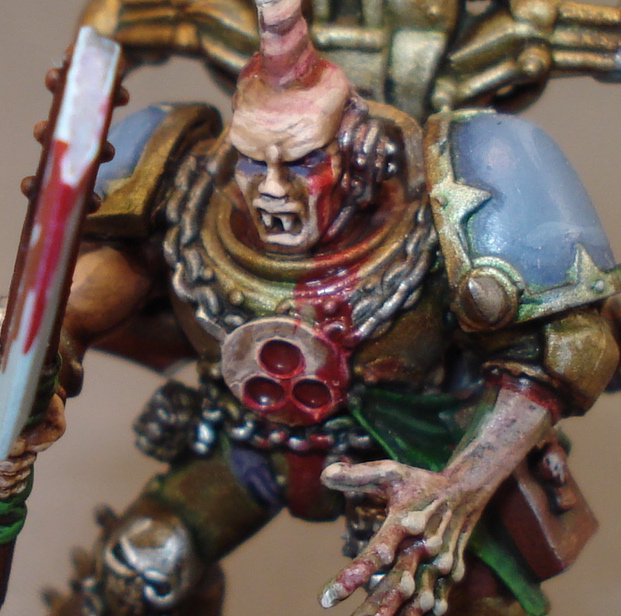 Boys and girls, Unicorns and children of all ages, today’s article is surprisingly fairly straightforward.  It’s not meant to refight ‘Counts-As’ – let’s let that one rest – but will instead concentrate on the one area that seems to cause the most dissension:  MEQ.

Counts-As:  An army put together and meant to use the ruleset of an existing Codex without confusion or conflict.

Proxy:  A model defined as one thing but used as another.

These are my terms: if you disagree please feel free to drop your own in the comments.  I’m not willing to fight over it but I’ll certainly have the conversation!

So these are broad terms, but in general they’re fairly well understood.  Still, like it was pointed out in the opening, the area were there appears to be the most confusion is in applying the terms to MEQ, or Marine Equivalent armies.

MEQ is by far the most popular army type in the game… so is it just a Space Marine of some type, with Power Armor and a Bolter?

No, not really.  Consider for a moment the difference between a Grey Hunter and a Blood Angel Tactical Marine.  Both obviously carry the Bolter and wear the armor, but they’re also further defined by a unique ruleset.  The Space Wolf can Counter Attack while the Blood Angel has a 1 in 6 chance of walking around Fearless.

Yea, we understand the game is modified by Special Rules – but the most profound difference is simpler than that: the wargear is different.  Raise your hand if you know which one has a Bolter, Bolt Pistol, and Close Combat Weapon?

A Pictorial Guide To Further Defining MEQ Counts-As Vs Proxies
Advertisement
So from where I sit, using either of these two types of models as anything other than what they are would be a proxy.  Maybe with some modifications the Berserkers could be something else; I’d suggest shaving the Khorne symbol and ditching the helmet.  That profile screams Khorne!
The ‘Let’s Ask Some Questions and Confuse the Issue’ Section
I’d suggest they’re appropriate for a either Space Wolves or Chaos Space Marines, since it seems to me an argument could be made the 13th Company are either.
Subscribe to our newsletter!
Get Tabletop, RPG & Pop Culture news delivered directly to your inbox.
By subscribing you agree to our Terms of Use and Privacy Policy.
A Test, Anyone?
Advertisement
Breaking It Down:  What’s the Difference Between Marines and Chaos Marines?
Even that question isn’t simple.  Loyalists fight for the Emperor.  Chaos Space Marines fight for Chaos… and isn’t THAT broad!?  Meanwhile, you have Renegades in the picture, those Marines who fight for themselves.
I’m leaving it there; your turn!
The Brotherhood

The obvious sticking point for some is I want to use the Space Wolves Codex.  Not such a popular choice these days, but the way the rules are developed fit my basic idea better than the Chaos Space Marine book.  I wanted unique and powerful Champions leading their Brotherhoods into battle… what does that sound like?

Sounds like a Counts-As to me… but I have to understand and accept that some folks won’t get past the look.  Perhaps more importantly, there are some places my army might not be welcome.  I have to respect the decision of the individual Tournament Organizers to make that call – it’s the price I pay on this one.

Having Done Nothing But Further Confuse Some, the Article Ends
Here’s my basic point of view: if a model has a unique, specific look or paint scheme as identified from a Codex, then chances are using it as something else is a proxy.
The sharpest observation I’ve seen on the subject was someone who noted the main issue seems to be how often folks use Counts-As as a justification for using the strongest Codex.  That’s a fair point.
I’ll end here, with a comment from an email I was sent on the subject:

You know, we all sat down last week and talked this over at the store. Lots of us older players are now moving to the “heresy-era” MEQ forces as it allows us to have a cool looking fluffy model collection to sate our hobby side, while being vague enough to allow almost any CSM/MEQ codex to be used on the rules side.

And the biggest culprit in the new attitude: GW abandoning the tourney scene. They now have no leverage to make players want to use correct forces, so with ever rising prices, folks won’t bother.


EDIT:  In hindsight, I think it was a mistake to include the section on the Brotherhood in this article – all it did was confuse what I intended the purpose of this article to be.  So while the reason they’re included is because they kicked off this whole thought process in the first place, here’s my primary question:


Is there a distinctly ‘Imperial’ and ‘Chaos’ look?  What are the percentages, meaning if I use 50% CSM parts to make a model, does it look 100% Chaos Space Marine?  Regarding the test miniatures who use only one CSM part between them, does the overall look still seem more CSM than anything else?


I think questions like these are at the heart of why some Counts-As armies confuse their opponents or just plain seem unfluffy; do you agree? 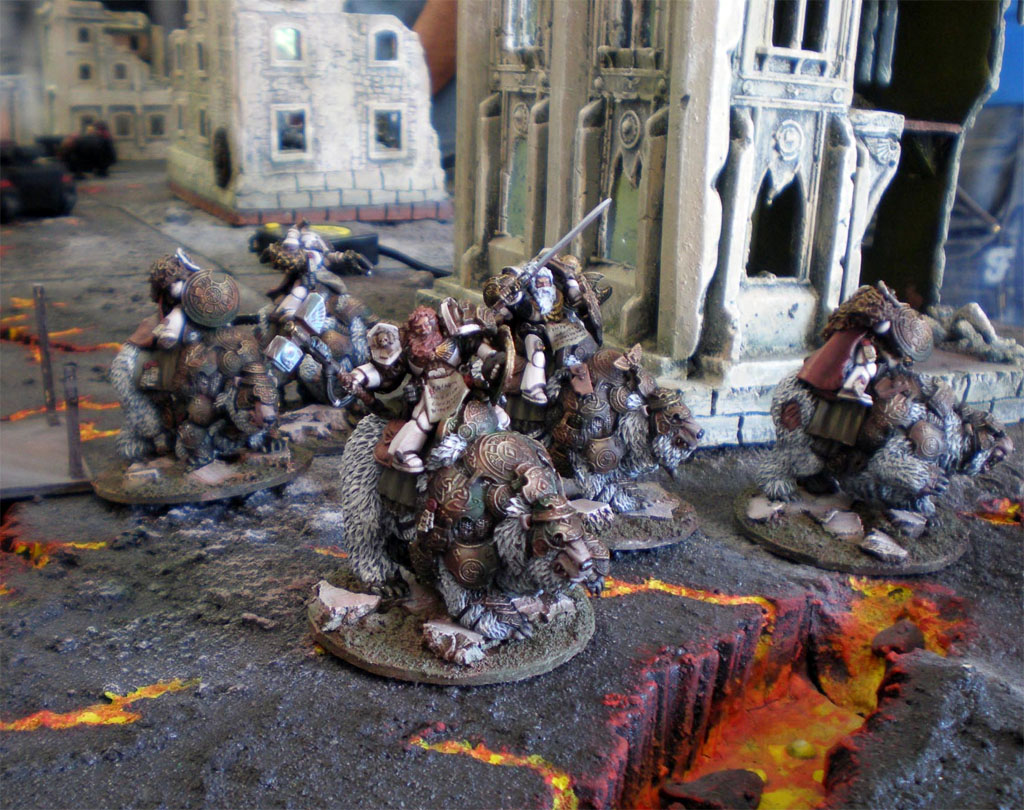