Goatboy – What Do I Want in a Game? 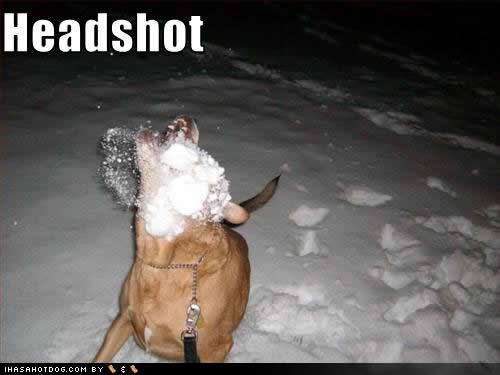 Goatboy here again and lately I have been chatting about the changes I might want in an “upcoming” 6th edition if they decide to do it. But what do we really want any wargame to have?

I talked about some ideas that were not all feasible and really I just wanted to get some discussions started on some design concepts I always have rolling in my head. So instead of going into how I would want to try and fix the current 40k game I would rather talk about what I want to see in a game. The type of game I think I would enjoy.

This is probably the most important thing to grab me in a game. It is also the reason why I haven’t really tried to jump into Warmachine with both feet even though I have a fully painted Cryx army sitting in foam. I can’t stand a game where all the kits are locked in a pose as well as locked into a specific build load out. I know as a game balancing issue – locking your models equipment and usage helps give you a chance to balance – is one of the reasons to do this. I just miss the ability to swap arms, bodies, and other parts to create a unique model that doesn’t take me being an expert in drilling, filing, dremeling, and scuplting. So plastic, multi-posed kits are a must for any game to keep me interested.

The sheer amount of customization built into Games Workshop sprues are makes their kits light years ahead of many of the other companies. The joke that they are the Cadillac of miniature making is true as they do make the best plastic kits. I just wish the rent I mean cost was not too high.

Look no matter what you think of competitive players, having rules that are very solid with black and white answers makes for a better game. I don’t like going into a store and having to somehow go through house rules, cheating interpretations, and just other rule nonsense that comes from shoddy published rules. Even though I play a game with massive FAQ’s and other rules issues I still can look past it as a lot of the rules are “good” enough. I just really want some solid rules. Warmachine is pretty tight on the rules front – arguably the best out there – and for me personally it really comes to the model front and thus why this idea is Number 2 instead of Number 1 for me.

I would really like this game to become a competition. Look at Magic the Gathering and see how that has turned out. You still have the fun bits and pieces of the game but you at least give a chance for people to compete. That is what I would really like and I think it can be done. Between all the tournaments and other events the idea that you can create a game that is both fun, balanced and competitive would be something neat.

Robots, guns, lasers, ninja gun laser robots, and the whole post apocalyptic idea is what I like theme wise. During my younger years I loved Fantasy but right now I just want things with the guns that go boom. This is why I get excited about some other companies up-coming Sci-Fi releases. If I ever did a game I would definitely look into a world that fits this style. I just think sci-fi gives a game designer a great canvas to create some neat things. It might not have to be a fully 100% Space/Universe/Style combat game – it just needs some sci-fi element to keep me interested.

I would just like a game that is really supported. You have developers on the watch for issues within the rules as well as just the company itself that is more in tune with their product. It doesn’t take a lot to keep people happy no matter how many crazy forum posts you read. We just want people to listen to us at times especially when we have issues with the game. I think it isn’t asking too much. Yes, the internet seems like a giant ball of hate, but if didn’t love our games, we would all be reading Hollywood gossip blogs.

So really there isn’t a whole lot I want out of a game. I just want some things tweaked and moved to create what I feel would be the proper environment to push miniature gaming. We are getting lucky in that more and more tournaments are popping up as well as the internet allowing us to have a broader audience. You would think a game would be ripe to jump on this and get the ball rolling.

What do you want in a perfect miniatures game, and where do you thing the various game systems will be 5 years from now?

Author: Thomas / Goatboy
Thomas Reidy, aka Goatboy, the ever-evil member of BoLS. I do arts, play 40k, and even paint a lot of stuff. I have been playing Warhammer 40K since the 1990s, and have won multiple national events including Adepticon and GW GTs. I've been writing for BoLS for 15 years. Look at my Instagram to see what I am working on - or working on for someone. I am always doing something hobby related.
Advertisement
Editorials Wargames
Advertisement