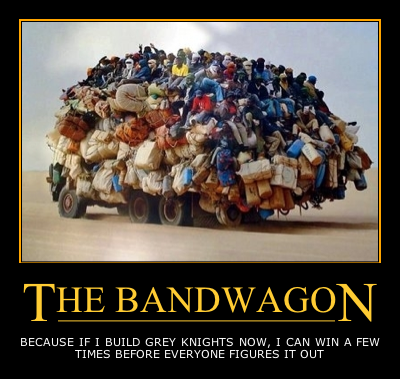 Hey all, I’ve been thinking a lot lately as I haven’t had much time to paint models or play any games.  War Games Con is in full swing and keeping the staff super busy, but I’ve gotten some time to sit and think about 40k in general.  Maybe its mostly the Austin environment, but I’m really getting tired of the bandwagon.

No less than eight people have built Grey Knight armies since the book came out.  I understand that it’s a pretty army, but most of the builds are very similar and very boring.  I really had my heart set on build a new GK army and making it look sexy, but I just can’t force myself to do it right now.  They’ve already flooded the market.  I don’t have enough invested in the Grey Knights to be able to power through the boring mess they are right now.  I understand that this exact situation is what makes GW successful, but I’m a little tired of it.

Sitting at the Pour House a week ago with Goatboy, Bdub, and Bigred… I got to talking to Thomas about playing my Deathwing against his Grey Knights.  It did not sound fun in any way and it made me kinda sad.  It doesn’t seem like 40k as a game right now can offer me the experience I want.  Right now, I’ve even gotten my Ret out of their storage box and I’m hoping to get some Warmachine games in the near future.  It sounds much more fun.  I’m also looking at starting up with Firestorm Armada, though I haven’t decide which fleet yet.  I’m leaning toward the Sorylians. I’m almost hoping that my beloved Necrons will not follow the current pattern.  If the new theme for the ‘crons is horde it shows a little promise.  I will be re-painting my Necrons and expanding them greatly regardless of the environment, but I’m hoping there aren’t too many non-veteran Necron players who would bring the wagon with them.

I guess we’ll just have to wait and see. 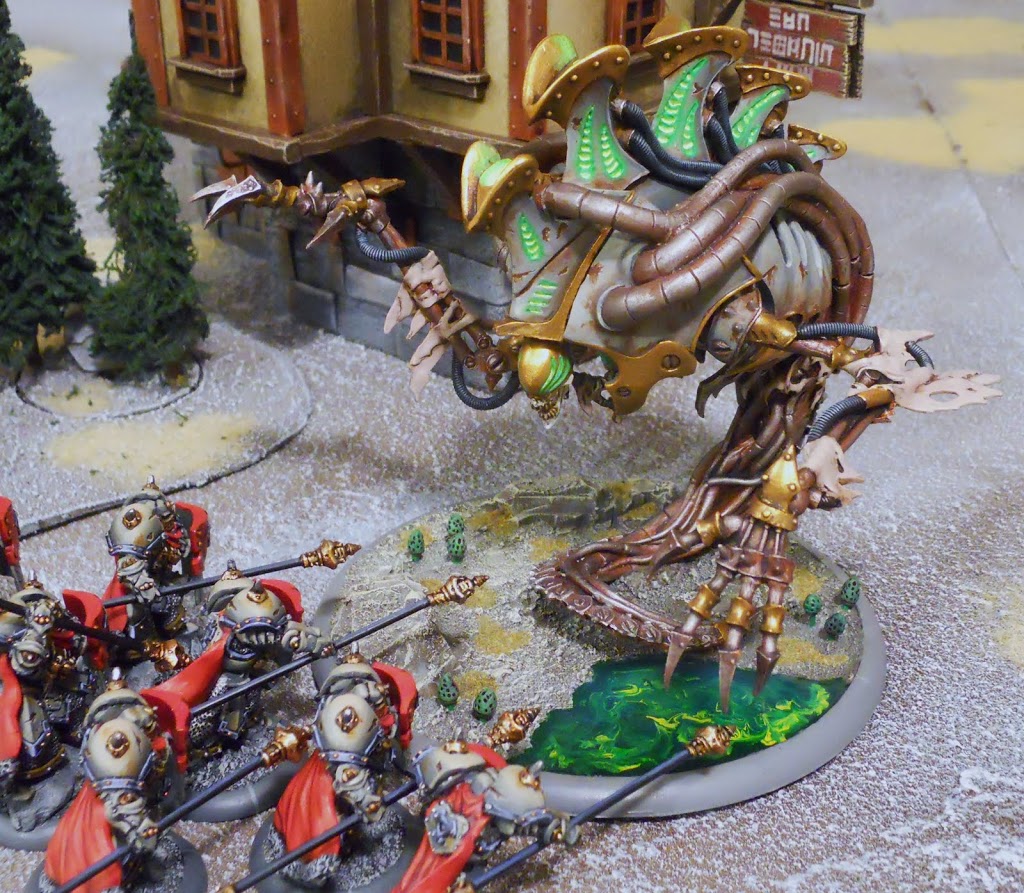