Feast of Blades 2011: Qualifiers are Beginning. 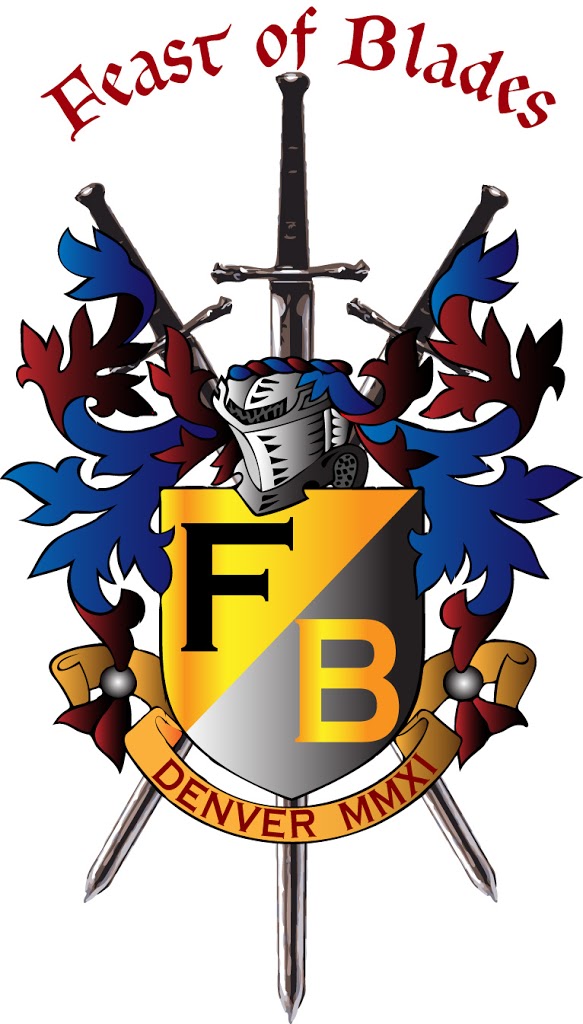 Beginning this month, throughout 7 states and 32 gaming stores over 500 players will gather to compete in the Annual Feast of Blades Qualifier rounds.  What exactly is this prestigious event?  Read on for the details.

In the 40k fluff The Feast of Blades is an event, every 100 years, which invites twelve different Astartes Chapters to a competition. The Chapters send their most talented and skilled brother in arms to represent their chapter and compete in this tournament of Champions.  Through clashing dueling swords and large pints of ale,  this tournament not only strengthens bonds of Brotherhood, but also allows the Chapters a chance to prove their martial skill.  It is a high honor for the individual brothers,  to be invited to the Feast of Blades and to be counted among the very best of the best.
* * *
Every year across America scores of stores in several states and hundreds of players will compete in the annual Feast of Blades Tournament.
The missions are all the same, the painting requirements are all the same and at the end of the qualifier rounds each location will send two champions to represent their store in Denver, CO.  These Champions will then meet three months after the qualifier to compete in an elite tournament,  which can only be attended by invitation.  Here the competition is fierce and is only meet by the strength of the ale!
Like the fabled Astartes, it is considered an honor to attend the Feast finals and prove not only your personal strength as a player, but also represent your ‘Chapter,’ (FLGS) to the rest of the Champions.
There are thousands of dollars in prize support given for the event, Prizes from previous years included A custom painted banner by Jawaballs, ‘Fellblades of renown,’ dice cubes for all finalists with the Feast logo on the “6” position, shirts for all finalists, GF9 goodies for all finalists, Battle foam swag, Signed Black Library books,  hundreds of dollars in GW swag and much much more!
Beginning next year the Throne of Skulls tournament is set to lose a lot of its prestige by allowing anybody to purchase a ticket and play in their ‘invitational,’  gone are the days of having to qualify by fire. Also, ‘Ard Boyz is well known to have weird missions which don’t encourage a balanced playing field, not to mention allowing unpainted armies. They also don’t have one “Champion,” any more.  As such, the Feast of Blades hopes to step into a piece of that market and provide a true best of the best tournament.
Quick Q &A:
– What exactly is the Feast of Blades?
– Feast of Blades is an annual wargaming convention in Denver Colorado held the first weekend in November (4th,5th, 6th).  Though the Invitational is the main line event there are several other events that weekend including an Open WHFB GT, a Narrative 40k mega battle, and an Open 40k GT (For people who didn’t qualify for the invitational, or people who travelled with a qualifier…or simply someone who just wants to play in a tourney).  There are also dozens of “after hours events,” including pod racing, character gladiator battles, and mega floor battles, chariot races and myriad other things to keep you gaming 24-7 (yes, that means ALL NIGHT gaming!)
– Why would I want to play in this event (WIIFM)?
– Play for the glory, play for fun, play for the prizes, play to play.  We make this con something all players from the hyper competitive (Invitational) to the guy who hates tournaments but loves themed battles (Narrative battles).
Competitive players:
The Feast of Blades Finals is set up in a W/L format where the overall winner is 100% undefeated. What better brag could there be than to know that hundreds and hundreds of people (500+) competed to qualify and you are the best amongst them!  Have you ever wanted to officially say you are the best in your store/state/region? Now you have that opportunity.  All players are qualifying on the same measurements.  This is one of the most prestigious tournament formats in the country… Win this and you are easily considered one of the best 40k players in the country. Long story short, if you think your the best… Prove it!
Non-tournament types:
the Narrative battles are the things of legend, ever wanted to play out a 40,000 point “siege of Terra,” or “Defense of the maiden world”? Now you can (and win prizes!).  We also have Golden Daemon and Slayer Sword winners giving classes all weekend on how to bring your painting game up a few levels!
Casual-Competitive:
If you are the kind of person who likes to play in tournaments, but may not always be at the top 5 tables the Open GT is for you!  You get a high level of competition while still being able to relax some… The top 4 players in the 40k Open GT 2011 auto-qualify for the Invitational in the following year (2012). The Open GT is Battle Points based.
How do I qualify for the Finals?
– To qualify you simply have to place in 1st overall or 2nd overall at a qualifier RTT location, to find a qualifier location visit our “locations,” tab.
How do I find out what stores are hosting Qualifiers?
– Visit www.feastofblades.com to find all the locations and the dates those stores are hosting on.  All the relevant info for these stores in located in the “Locations,” tab on the Feast of Blades main page… There are qualifiers in CO, UT, WY, KS, MO, TX and NM.  Not all stores are hosting on the same day, so mark your calendars.
What if my store isn’t on the list?
– It is too late to add new stores for this year; However, FoB is still growing.  If you would like your store to be a host location for next years Feast of Blades Qualifiers send an email to Feastofblades (at) Gmail (dot) com.  FoB is planning on adding states every year at a sustainable growth level and would love to talk to you.
Well, that is all for this post.  I hope you all enjoyed reading about a piece of the gaming community.
Duke