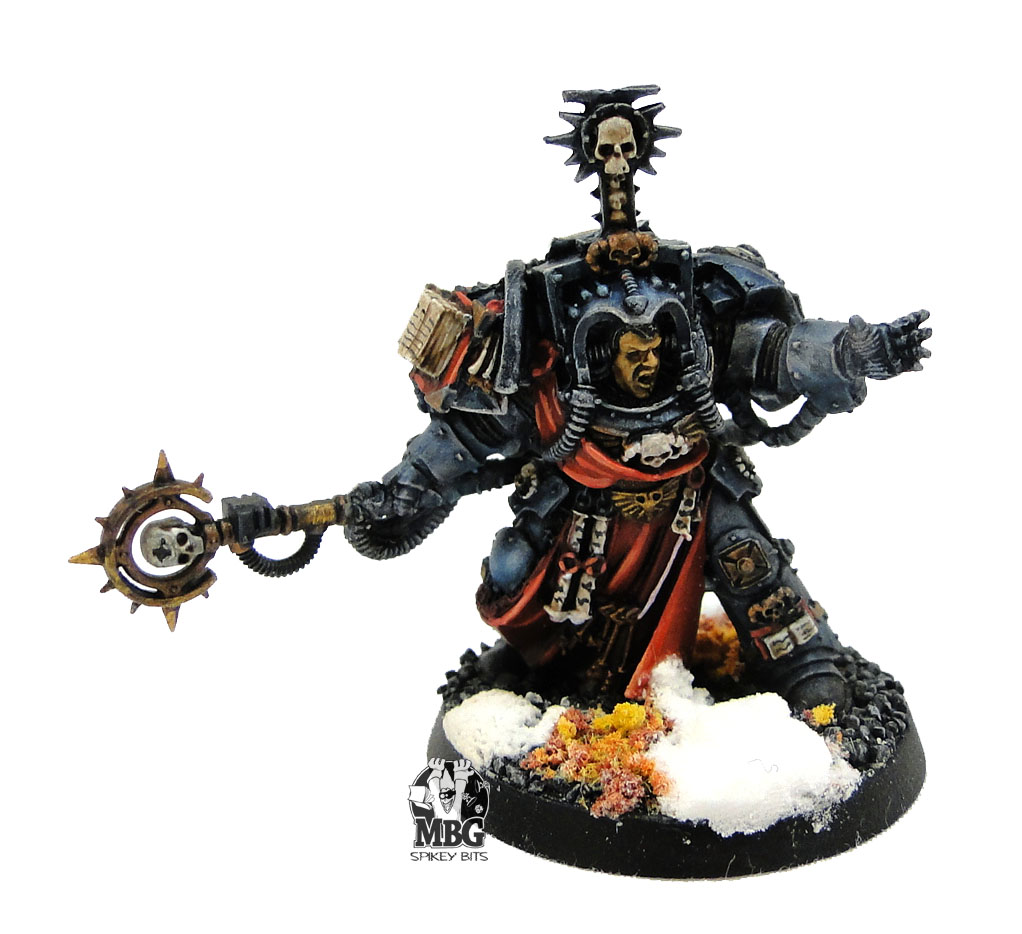 MBG here with a possibly blasphemous question; why take a Librarian in a Grey Knight army?

Sure, sure, the benefits are obvious; extra cover saves with Shrouding, extra Hammerhands, Armor Penetration from Might of Titans, and fun with Sanctuary, etc. just to name a few.

But seriously though, is it worth taking a Librarian?
I’m starting to say nay my friends and I’ll tell you why; there just seems to be a counter and an equip-able solution to almost every trick he has.

Space Wolves negate his effect on a straight 4+! That’s like a 50/50 chance of success, and not really worth it IMHO. Plus if they have Njal, it worsens to 3+,  making your chances of casting whatever below 50%. Hrm….

Playing Eldar (with runes)? Roll three dice add them together. Did I mention the average roll (eleven-ish) is a failure? Roll higher than average and you suffer Perils of the Warp. Whoops you need to make two 5+ Invulnerable saves now or take a wound. (In all fairness here- normally you would be casing spells to help you in combat, which you should get a 2+ Invulnerable save cause of Warding Stave, however against Eldar you probably need shrouding MORE that bonuses in combat. So you’ll be needing a 5+ against Perils cause it’s outside being locked in the combat phase.) Either way, it still sucks to cast spells against Eldar with runes!

What about going up against Marines?  Same deal, pretty much 50/50 split. Starting to seem hardly worth it.  Tyranids? More fun with perils, sigh well um what was I doing with this guy again….? Okay lets take a look at what a Libby does do in the Grey Knight army.
I know there has been much to do about his Shrouding effect so let’s start there. Casting it on a smoked vehicle or one going flat out will get you a 3+ cover. Sure sounds good in theory, but I mean a 4+ cover is pretty good as is for a Stormraven moving 24″ (not to mention their resiliency to melta, and 12 armor all around).  Post it up next to some area terrain, and if it does get popped your cargo bails out into that. Then they get some cover of their own, and you’re looking good for hopefully a combo-charge next turn.

You may even get your own crater to settle into there as well, extra bonus (well sort of minus the losing your ‘Raven part).  Chances are you’re close enough to assault with your cargo now anyhoo so it’s all good? Oh and don’t forget too if you’re lucky they just shot their whole army at it, so all of your stuff just got a free turn of time to maneuver. Time, I’m sure you can agree, is priceless (points-wise) in this game. What about all those Cotaez lists out there with tons of Razorbacks and all the Psybolt Dread spams? They need their 3+ right?  Well kinda, I guess. I mean if you park a Razor sideways (and smoke it) you can use that to give two more Razorbacks a cover save behind it, and they can fire over-top of their buddy.  Move it next turn and smoke the back one, while sliding the last one over a spot (like the recycle symbol) and you got three turns of cover!   Dreads can hang their long barrels out windows, and around columns to protect themselves against incoming fire as well. Heck half the Psybolt dreads I see are treehuggers (and not cause they are hippies either)!

Also remember that if what’s shooting you can’t see the armor arc they are in you get +1 to your cover as well. So use those LOS blocking terrain pieces and smoked tanks in front to your advantage kids!

Okay well I guess the only other benefit of shrouding would be to provide extra cover to power armor marines, but leaving 20-ish point models in the back to hold objectives seems silly to me. Otherwise why would they really need +1 to their cover? Try go to ground and forget shrouding.

So what’s left now, um Hammerhands? Okay Hammerhands is good for two reasons (well besides the fact it makes it easier to kill stuff). One it stacks before you double the strength for Hammers, etc. (very nice), and two, well it stacks from multiple sources.  Every Grey Knights squad just about can cast it, so there’s one instance. The second would be whatever Independent Character is in the squad with them. Cool I guess? That doesn’t really merit a Librarian does it, as most IC’s have Hammerhands standard.  I mean if you just gotta have three Hammerhands sure, you need a Libby- but you don’t really need three do you?

Moving on to Quicksilver. Okay this one’s good for sure. Who doesn’t like Initiative ten (well besides Initiative six and up stuff, lol)?  But wait lets be real here. GK’s can have Halberds, and Halberds make you Initiative six.  Plus with most squad builds it’s a good idea to have at least one in there so you are swinging at multiple initiatives, and breaking up silly enemy wound allocations regardless. Hrm Purifiers already have them, and most IC’s are initiative five or up already so I dunno starting to sound moot.

Plus most stuff that is high Initiative probably has weak armor (Eldar!!!??) so maybe it’s better concentrate on shooting them and not getting charged to begin with. Perhaps the last nail in the coffin for me is that it’s cast in the Movement phase, so again not getting that sweet 2+ save against Perils. Not really worth it especially when fighting Eldar (and yes there is more than one Eldar).

Ahem uh so anyways yeah it’s good. Extra armor penetration and another +1 strength, okay sure seems good? Hrm wait, let me do some mathhammers here. Beater squads (ones with IC’s) will probably be plus one or two strength already cause of Hammerhands, so maybe the smart play would be to throw in a Hammer or two.  Combine that with a Halberd (from before) and you’re breaking up a sorts of tricky wound allocations, AND it’s swinging at like strength nine or ten??!!

Okay wait whuuuut? I have a Hammer that’s swinging at STR 9 or possibly ten with 2 or 3 attacks? That’s like having a Lascannon IN CLOSE COMBAT??!!  And here’s the kicker(s), the points on the thing in most cases are stupid low, and it’s a hammer so you are stunning the target too if it doesn’t die on the first try.  Yikes! Might of Titans, what?


So what powers are left to debate? Summoning? Okay currently situational at best? Shooting powers? Okay you’ll catch someone sometime with those, but is it worth 200+ points to take?  Hrm whats left….

But wait, um what will the Grey Knights do for psychic defense? You need a Psychic Hood right? What about all the scary psykers??!! Ahhhh my fragile little mind is spinning…..

Okay so no hood means will-nilly psychic powers going off, sure. So what are the Grey Knights afraid of psychic wise?  I racked my brain for awhile and honestly I think it comes down to three things across the board; Jaws of the World Wolf, Weaken Resolve, and Lash of Submission.

On almost every occurrence these spells could be game changers (Weaken Resolve really is kinda situational because you rally but it’s still dangerous none the less). To me, and correct me if I am wrong, most other psychics out there help but don’t break anything wide open like these do (okay maybe Doom applies here too).

So what do you do?  Well I’ll reply with a ridiculously long winded dramatic explanation of course.  Once upon a time, in a country far far away, a famous man’s family crest said an amazing thing; Fear God and Dread Nought. And that my friends is exactly what you are going to do, Dreadnought.

Both versions of the Grey Knights’ Dreadnoughts (Venerable and regular) come with Reinforced Aegis making those pesky psykers trying to specifically target you (and all three of those powers do) take their psychic test at -4.  That’s your psychic defense, and it even has a big (12″ radius) area of effect to boot.  You can even stash the Dread in a Stormraven and make that footprint even bigger, because the wings are (drum roll please) part of the hull. ++ applause ++ ++ applause ++ Keep in mind too, you can give a Assault Cannon/ Stormbolter build Dread Psybolts for cheap, and shred infantry and light armor. WOOT!

So there it is. Why I think you should take the Librarian out of Grey Knight builds.  Crazy, sure. Crazy like a fox I’m hoping.

Next up: What do you replace the Librarian with in his HQ slot?  Discuss!

Author: Robert B
Robert is a veteran tabletop and miniatures gamer, and writer with over 20 years of experience. His specialtiesies are the worlds of Game's Workshop's Warhammer. He began writing for BoLS In 2010.
Advertisement
Armylists Editorials Grey Knights Space Marines Warhammer 40k
Advertisement 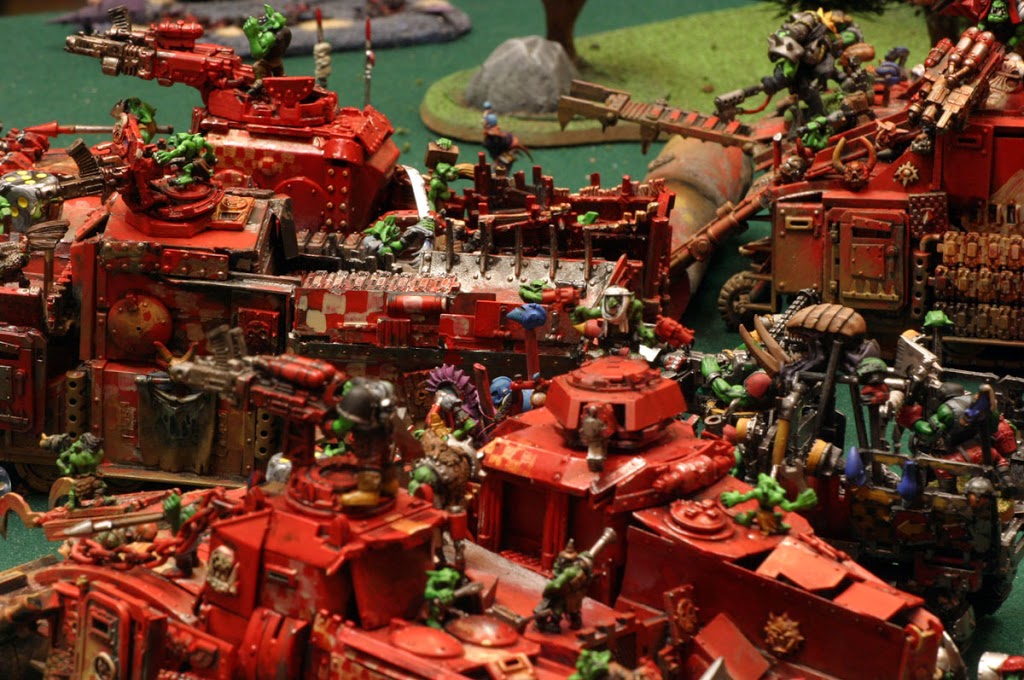