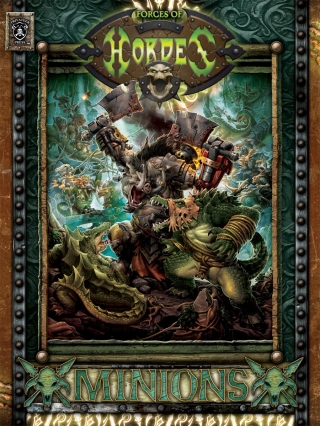 The Warmachine/Hordes community on Colorado’s Front Range has a semi-annual tournament called The Clash for Colorado.  It’s our attempt at getting players from up north in Fort Collins all the way down south to Pueblo to get together, talk smack about whose local meta is the strongest, then duke it out to prove who’s best.

To the victor of the Clash goes automatic qualification for the next Clash event, as well as the Colorado Cup, the rather large trophy that moves to the most recent winner’s FLGS so that it may be proudly displayed for all to see, celebrating their triumph over Colorado’s other gaming communities.

This is the eighth semi-annual Clash for Colorado, so we’ve been doing it for over three years.  Not unlike the Feast of Blades Invitational Tournament, the Clash uses local qualifiers in our various Front Range territories (Colorado Spring/Southern Colorado, Denver/Central Colorado, Fort Collins, Northern Colorado) to determine who represents their respective area.  The top five players per-region all meet at the previous winner’s FLGS and duke it out over four rounds until one person remains undefeated.

For the event, we’ve moved to a Masters-style format where each player has four lists that they may choose from.  Each list must use a different warcaster or warlock and may not be played with more than once, save for the last round where a player may choose from any of their four lists.  This forces players to demonstrate their mastery of several different warcasters and lists.

Having qualified for the Clash, I’ve set about figuring out what I’m bringing to the party.  Initially, my thoughts went to Cygnar.  I’ve been working on them a bit over the past several months, but they aren’t nearly close to being fully-painted for this event, and I’m still rather unpracticed with every warcaster except for Stryker.  However my Minions have seen quite a bit of play lately, and I feel that I have my finger on what makes them tick and how to get the most from them, so I’ll be running them.  It feels like a suboptimal choice from a purely objective standpoint, but it’s what I’m personally best with at the moment.

This list is my attrition/anti-ARM list.  Three Warhogs at ARM 21 via Batten Down the Hatches are going to be hard to take down in one go, and at 8 points a pop, I can afford to give up one if it means that I’ll have the other two and the Slaughterhousers standing by to move in and seal the trade.  Warbeast-heavy Trollblood or Skorne lists or ‘jack-heavy Warmachine lists shouldn’t be a terrible burden here with a trio of P+S 18 War Hogs and P+S 11 pseudo-Weapon Master Slaughterhousers with Carver’s feat up.  It’s not the strongest list in the world, but it’s designed to counter the big problems I’ve been having with Blindwater.

With point breaks on Brigands and Rorsh’s Gun Boar, I’m walking away with three extra points.  I’d love to find a way to shake an extra point out so I can drop my one 10-man Brigand unit down to a 6-man and add a third minimum unit, but I’m having trouble figuring out what to drop.  Targ is a possibility, but then I’m playing a point under with no way to get the list back up to 50 points.

The only thing I lament losing is access to Saxon Orrik for access to Pathfinder for the Slaughterhousers, but it’s only a minor inconvenience, especially with access to Mobility for Carver’s warbeasts. Four heavy warbeasts and a Gatorman Posse front with Occultation.  I’m not sold on this list yet, as I’m torn between a second full unit of Gatormen over the second Wrastler.  I’m not getting any kind of point break on warbeasts in Calaban’s battlegroup, so I’m thinking hard about swapping those two things.  The big thing that makes me think otherwise is that I’ll lose tier four unless I squeeze a third Snapper with Calaban, which doesn’t particularly excite me.  This list will be geared towards anti-ARM and assassination.  I worry about the liability of the Spitter on Wrong Eye, but the point break on it is hard to argue with.  All things considered, I’m marginally confident with this list.

I lose access to the Totem Hunter and Swamp Gobbers, which kind of stinks, but the two extra points from the Spitter and access to Bone Grinders for additional spell range is a decent trade in my eyes. I’ve never run Barnabas’s theme list before.  I’ve played with him extensively under the Blindwater Congregation, but now that I’ve forced myself to work with it, I actually really like it.  The ten Gatormen that can’t be shot thanks to Swamp Pit are sure to be a huge pain, and the three heavies give me several avenues for throwing warjacks into puddles.  Trollblood or Skorne beast-heavy lists are a concern, but that’s what my other lists are for.  Ambushing Bog Trogs, Gatormen with a 12″ threat against living models, 5″ templates of shallow water, and Warpath with Wrastler-tossing shenanigans will give me a solid grasp of dictating where the battle takes place.

With the tier four point break on heavy warbeasts, I’m getting three extra points.  In exchange for this, I’m giving up access to the Totem Hunter.  Since I’m running a pair of Bog Trog units, I can live with that. 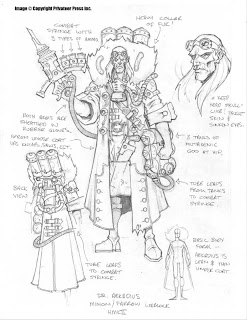 I’ve never been thrilled by Arkadius’s theme list, simply because I don’t have the desire to purchase more than three War Hogs.  However I need four lists, and the only other warlock that will be available is Arkadius, so here he is.  I’d have taken Maelok, but he won’t be tournament legal until September.  It is the least likely list to see play.  I have two Gun Boars and the Brigands to act as throw-away pieces if I need them to be while providing covering fire or possible ranged assassination vectors, Rorsh and Brine for a fast-moving scalpel if I can find an opening to move them through, and the Hogs and Slaughterhousers are there to bring the pain.

Six beasts, four of them heavies, means there will be a lot of meat on the table, and that gives me a small measure of confidence.  Getting my opponents to spread their fire out will be the tricky part.  I imagine that I’ll have to play really aggressively with my exchange elements in order to get my heavy-hitters into a proper position.

Cheaper War Hogs from the Tier One bonus means I’m three points up on this list.  Fortunately, Arkadius doesn’t miss the stuff he doesn’t have access to, so consequently there’s little reason not to run his theme list.  However, if my opponents don’t play against Arkadius the way that I want them to, he loses all his strength.

The tournament is this Saturday, August 27th.  Here’s hoping I give the Denver-area and BoLS a good showing.  I’ll be sure to report my eventual failure back here after the event.

Author: relasine
Relasine is a veteran tabletop wargamer with over 10 years of experience. His specialty is Privateer Press' Warmachine & Hordes gamesystem. He began writing for BoLS in 2010.
Advertisement
Minions Tactics Tournaments Warmachine-Hordes
Advertisement 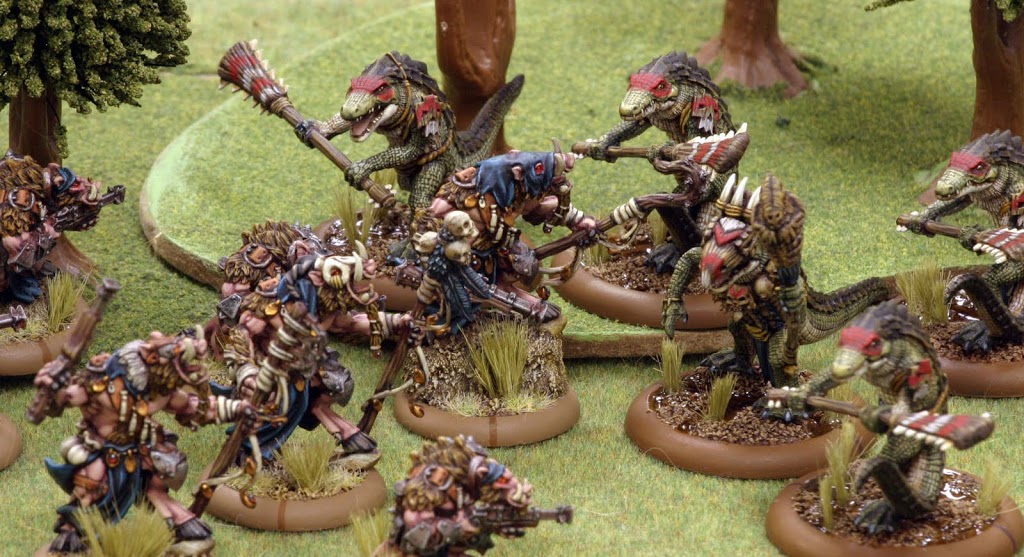