EDITORIAL: Um, Can We Back Off the Grey Knights… 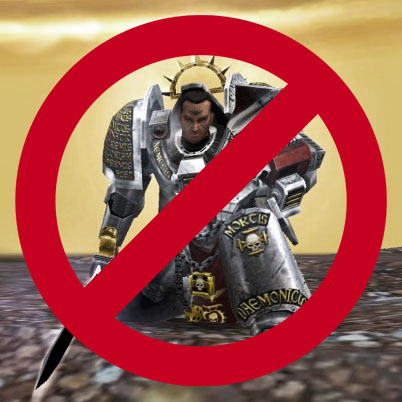 We’ve all seen bandwagons before, but the Grey Knights are something else…

The “Rarest” of Chapters…
You’ve probably noticed a *slight* increase in the amount of silvery powered armor plastic dudesmen in your neck of the woods.  Yes, we’ve seen this type of behavior before.  It seemed Dark Eldar were everywhere, the Blood Angels and Space Wolves before them (more Wolves, less Angels).  Before that the Leafblower seemed to dominate everything for a bit, and we wont talk about the lamentable fate of the Tyranids…

Still, this bandwagon seems different somehow, more ubiquitous and faster to enter full bloom than the others.  Its almost enough to make me want to start muttering about overall codex balance.  Lets take a look at a few of the culprits that may be to blame:

Bones of Contention
1) Low Model Count – Its easy to pick up a new fancy Grey Knight army.  Compared to the bagfulls of Tyranids, or even the other lower point costed MEQ equivalents, it doesn’t take many models to fly off the shelves before they are wrecking face on the tabletop.

2) Ease of Painting –  They are silver, nuff said.  Not since the Black Templars and the Necrons have we seen an army that is more forgiving on novice painters than the Grey Knights.

3) Cost – Leafblowers were super expensive with all those vehicles to get.  The Grey Knights lower modelcount infantry focus translates into a budget priced (I know, that’s a relative term) army to collect.

4) The Rules – I’m not saying the codex is “broken”  but is doesn’t seem to have the fine balance and tough choices you see in other books like the previous Dark Eldar for example.  While there is a definite complexity and series of tricks to using the army at a top level, its also doesn’t have the tough learning curve that many other top armies have – yet another bonus to novices.  Off the top of my head things like: the “fancy” grenades that work all the way through assault, psybolt ammo being accessible to autocannons, rending psycannons with psybolt ammo being readily available. Coteaz – one of the most point efficient HQs anywhere, you get the picture…

In Closing
I think Games Workshop did exactly that they set out to do.  Just as with Dark Eldar they revived a maligned, abandoned army and make it a shining superstar.  The question is did they make it a supernova by accident?

At the end of the day, diversity is the lifeblood of any wargame, and as they say variety is the spice of life.  Maybe its time to reconsider all those other armies out there and see what they can do to knock the Grey Knights on their butts.  We’ve heard frantic typing from some of our writers/strategos that  are working on sets of tactics and tips on how to hold back the forces of Titan with your favorite army.  Watch this space.

~So what do you think is responsible the the tidal wave of Grey Knights and what will it take to restore balance to the Force?

Author: Larry Vela
Dad, Gamer, Publisher, Pilot, Texan. All games all the time since junior-high. I started BoLS Interactive in 2006. I’m a lifelong tabletop & RPG gaming enthusiast, and internet publisher working to entertain and inform my readers every day. I've been playing RPGs and Tabletop Games since the 1970s. I'm been playing and covering Warhammer and Warhammer 40K for over 35 years.
Advertisement
Editorials Grey Knights Warhammer 40k
Advertisement 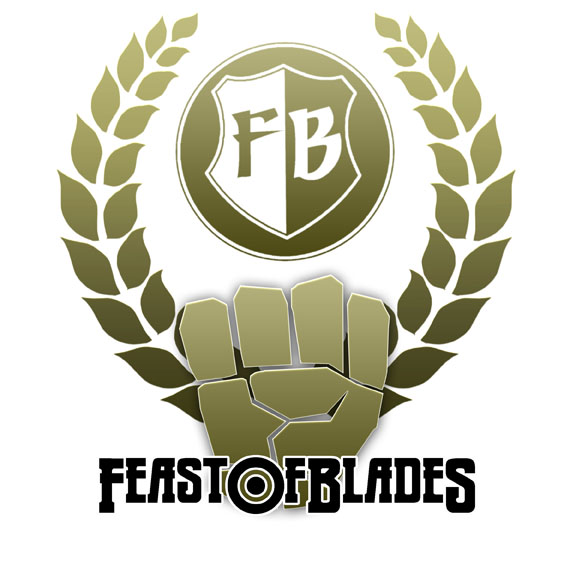