Its that time of year again, and that can only mean its time for the 4th Annual BoLS Halloween Spooky Tales! Here the deal:

The story setting can be 40k, Fantasy, or Warmachine and we want to see what you can whip up to scare, chill, and impress us all. Throw your best stuff in the comments, and check back all day to vote up your favorites.

~We had a blast the first , second year, and third year so here is the default BoLS ghost story to get your creative juices flowing. Tell your friends, hammer out those little stories, and let’s have a happy BoLS Halloween!

“It was the darkest night I’d ever seen. We was 15 light years outside the Piraeus system back in 974.M41 and the Spiders were scared. We’d been raised from the meanest, dirtiest scum Necromunda could offer but this night was different. We was hunkered down in the icy dark in a blasted out derelict ship we homed in on. We calmed our nerves with drink and lho-sticks, dancing shadows from our lum-strips casting crazed shadows that cavorted through the wreckage. One by one the Spiders were dying.

Every 49 minutes it fed… a short gurgle, a muffled scream, then nothing. We were down to my command squad and Commissar Gyart, thumbing his pistol and rubbing an Aquilla necklace incessantly. No one likes seeing a nervous Commissar.

Then it came for ME. Out of the corner of my eye, I saw the shadows grow. They moved with a pattern of their own and formed into a blurred memory from childhood nightmares. I peered back at my boys, but theys were motionless. Ashes from a llo-stick hung smoldering in mid-air and I knew I was dead already. I turned to face a glint of malice in impossible rings of glittering teeth.

I offered myself to the Throne – a BANG tore through my lungs. Through terrified squinting eyes I saw an Astartes, bathed in green balefire before me. He glared at my attacker, his eyes crimson coals. A single bolter shell tumbled in the darkness, striking the icy floor like a tuning fork.

I gasped awoke at the sound with Commissar Gyart looming over me. I had slept through the night and all the boys was fine. An Arvus was coming to pick us up and we would be off this icy rock in an hour. Dawn broke over the horizon, I gathered my gear to head to our extraction zone. A glimmer caught my eye and I spied a single bolter shell at my feet, almost completely encased in the icy sludge. A word was barely visible, etched into its ancient, corroded side. It said Firehawks.”

Author: Larry Vela
Dad, Gamer, Publisher, Pilot, Texan. All games all the time since junior-high. I started BoLS Interactive in 2006. I’m a lifelong tabletop & RPG gaming enthusiast, and internet publisher working to entertain and inform my readers every day. I've been playing RPGs and Tabletop Games since the 1970s. I'm been playing and covering Warhammer and Warhammer 40K for over 35 years.
Advertisement
BoLS Warhammer 40k Warhammer Fantasy Warmachine-Hordes
Advertisement 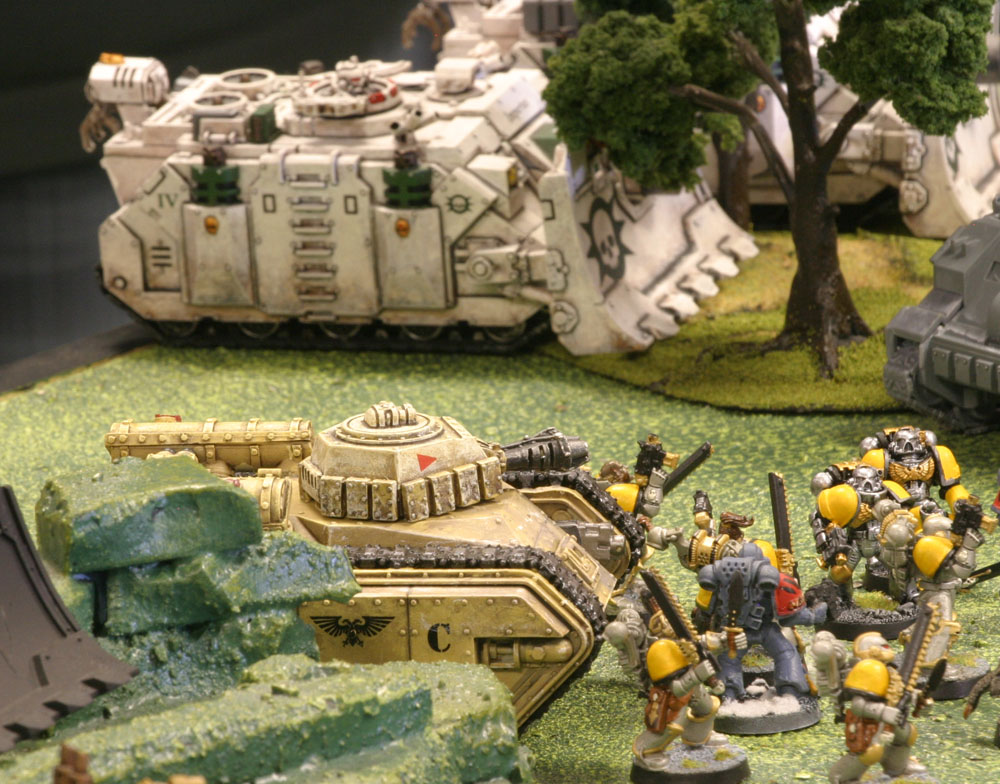