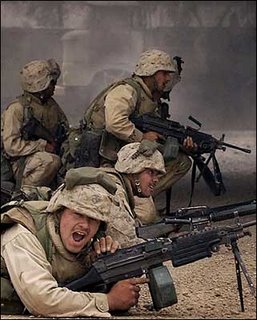 So I was discussing troops over in a comment section on my blog and thought that the idea warranted more discussion.

The basic concept is that the books with the most effective troops win!  All of the newer books have killy units. But where they are separated are in the troops choices.  The codex with the troops that can also be killy do better.  Case in point, Imperial Guard.  The new IG book gave the world Melta Vets mounted in a Chimera.  Previously most books had troops that did not do a whole lot. Ten tactical marines sat in terrain with a missile launcher.  A bunch of guardians cower for their lives and shoot their star cannon. Insert useless troops choice here – Fire Warriors.

But Melta Vets helped IG change the game!  Now they had a solid unit, that shot as well as Space Marines, that could move rather quickly providing lots of melta where it was needed, and survive inside a rugged Chimera that provided it’s own fire power.  They also provided options! You could buy them a Chimera, then stuff them inside a Vendetta and use the Chimera to provide cover for your other tanks.  And so forth.  All for less than the cost of that 10 man Tactical that sat in one spot and fired a missile.  Blammo, super troops!

Ideally a codex’s troops will be cheap, and effective like the Vets. But lacking effective, cheap is just as good.  That means you are spending less points on useless troops and more on killy kill elite.

How bout a few more?

Dark Eldar:
Wyches.  Faster than mostly all other assault troops, even most elites. Not necessarily strong, but they can have nasty upgrades like a net that reduces models attacks like Mephiston. I had him in assault vs a bunch of these nasties supporting some DE IC and he simply was unable to attack because of nets. Period. They cost like half of him, and have the ability to shut him down.  Cheap and effective.  Good combo.

Space Wolves:
What are they called again? Wolf Scouts? Not necessarily cheap, but probably one of the most effective standard Space Marine troops. Fairly good in assault, and durable. Plus, you can attach one of those ICs that is not an IC. Whatever those things are called. Not too expensive, durable, and better than average in assault. Good combo.

Grey Knights:
The winners so far!  Acolytes.  For about the cost of 5 Blood Angels Assault Marines in a razorback you can buy 6 acolyte squads? They are not effective as a unit, but who needs to be when you can fill out all six force org troops choices in a 2k point army and still have 1850 left to spend on killy stuff. Pretty handy in the Nova format! Even better is that you can buy STR 6  Psy Backs for other units, and run the Acolytes onto the table out of reserve and pile them into the transport nice and safe.  Ridiculously cheap. Bring on those venerable psyfleman dreads!

What about Blood Angels?

Well troops are the thing that keeps them from being one of the truly elite codexs. They are full of cheese to be sure, but their troops are just too expensive, and not effective enough. A five man assault squad in a squishy las/plas Razorback is only a lucky heavy bolter shot away from being rendered combat ineffective for a turn or worse. Tacticals? A couple hundred points for 10 guys sitting on an objective with a heavy weapon. Not terrible, but not great. In a book full of expensive goodness, expensive troops that are just not that good really shoot the Blood Angels in the foot.

So there you have it. Sound off! Remember, the point here is that codex books with either super cheap troops, or super effective ones, or even better both have a big advantage.  The low cost allows points to be spent on more elite stuff.  Super effective stuff can make up for their cost by providing some hard hitting power in a force org slot traditionally reserved for guys meant to hold the line, not overwhelm the enemy.

Subscribe to our newsletter!
Get Tabletop, RPG & Pop Culture news delivered directly to your inbox.
By subscribing you agree to our Terms of Use and Privacy Policy.
What troops choices did I miss in these books? Are there any armies I should have mentioned? What do you think will be the case with the new Necrons? Will their Warriors and Immortals make the cut?
More to come…
Jawaballs 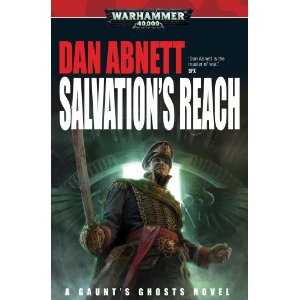