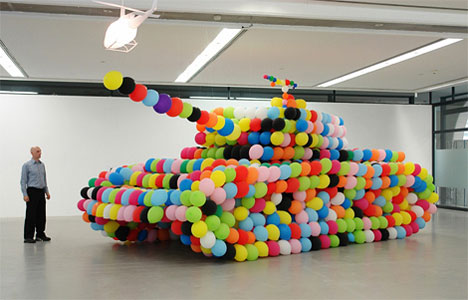 Ya Necrons… who’d have thought? It’ll be a couple weeks before every post generates 50% complaints about another post on Necrons right? Then we’ll get Tau…

Well before we get to that point…let’s look at the army shall we? We’ll be doing a full review after extensive playtesting happens over on 3++ is the new black but for now, let’s look at some theoryhammer and what has been observed from the handful of games we’ve had so far. One of the most obvious things when looking through the Necron codex is the general lack of ‘real’ anti-tank. However, this is misleading as there is a massive amount of suppression fire available throughout the whole book, an interesting amount of combat options to smash tanks (i.e. entropic strike and warscythes) and annoying table-top altering abilities. The combination of these is what enables Necrons to deal with opposing armies and specifically opposing vehicles.

What’s important is to not think of this as an Imperial army – specifically Marines. This may seem obvious…they’re not Marines and they’re not Imperial in any way, right? It must be said though since we see a lot of people playing different armies as if they were Marines (Dark Eldar springs to mind) and Necrons simply won’t work that way. In this post we are going to focus completely on the Necron’s ability to deal with enemy tanks and vehicles. Unlike in Imperial armies, Necrons cannot rely on the majority of their anti-tank simply being able to crack the opponent’s army. They don’t have access to a plethora of S8+ weapons or weapons which are going to easily bypass armor with AP1. They have some options in this respect such as the Triarch Stalker, Cryptek’s with Eldritch Lances and Doom Scythe but both the Stalker and Scythe here are massive glass cannons. They are therefore unlikely to consistently provide in the army as they are going to be high priority targets. The Crypteks on the other hand, are excellent choices  since they can hide away in squads and always shoot (think Assault Dark Lances from Dark Eldar).

This means Necrons have to approach their anti-tank differently and yes, it is there. Whilst Necrons do seem very geared towards 6th edition, whatever it may bring, it is still quite capable within the 5th edition bubble. This is based around their ability to suppress tanks quite reliably and either attrition them away or ultimately smack them in combat with specific units (i.e. monstrous creatures, warscythes, entropic strike, etc.). This is further improved by the Necron’s ability to affect the table-top – most specifically through terrain altering effects and Night Fight.

What does this all mean though? I mean, Tyranids are an army which relies upon suppression fire in the early turns as MCs/rending creatures move up to crush tanks…how’d that turn out? Not well unfortunately but the major difference here is – Necrons can get suppression fire throughout their entire army whilst Tyranids cannot. What this means is Necrons are capable of stopping opposing tanks from moving or shooting which allows units such as Scarabs, Wraiths, Tomb Spyders, Lychguard, etc. (coupled with Command Barges who don’t care about opposing movement) to smack tanks in combat and drag them down. Their shooting is going to down some tanks on the way (Tesla Destructors are AP – but if you get enough S7 out there, you’ll punch through armor enough to roll that hard six). The problem with anti-tank combat normally is it takes you time to get there, you have to get through other units to get there first and you have to hit the tanks whilst they are moving. Necron armies are capable of answering these threats in turn and whilst they aren’t going to simply wave them away, they do have the answers. Their suppression fire both enables the Necron army to reach the opposing lines intact and hit the vehicles once they get there and their impressive anti-infantry firepower (the trade-off for not having awesome direct anti-tank) is pretty good at dealing with infantry blocks called bubble-wrap.

Bla, bla, bla – the one-two combination of suppression fire (which will drag some vehicles down) which is available through the Necron army and the ability to hurt tanks through combat will allow Necrons to deal with mass vehicles well enough. They do have some real anti-tank options in terms of certain weapons which can be used to support this style of play (i.e. Cryptek’s with Lances) but otherwise the army needs to work together to bring tanks down. They have more options than this in regards to Tyranids so will do this a bit better but they still suffer from needing to pop tanks up close – this means the enemy is in a prime position to counter-attack and as we know, Necrons just aren’t that great there. They may have some decent enough options such as Wraiths and Lychguard (who are slow as all hell) but many an enemy’s strategy is going to be engaging Necrons in combat. By engaging their vehicles in combat, even with the “we hate vehicles” Canoptek Scarabs, you’re doing part of the opponent’s job for them.

That’s where the Necron’s ability to affect the table-top in terms of terrain and Night Fight will really come into play. First off – it’s further suppression to the enemy. Having more units get slowed down, more tanks immobilised, etc. is great at disrupting the enemy and allowing you to choose your fights – and with ranges often in the 24″ area, this is important. Further this by being able to control Night Fight to an extent, specifically in your opponent’s turn, and you can ensure the Necron army gets the first big punch (aka the alpha strike) in as much as possible (thank you Solar Pulses). What both of these abilities do is help protect the Necron army from the opponent so they are more capable of setting up their own attacks. If 1/3 of your parking lot gets immobilised turn 1, a lot of their suppression work is done for them. If you can’t shoot them reliably for the first two turns, they can take on parts of your army more effectively, etc.

When we put this all together we get an army which works very differently from what we’re used to seeing from Imperial armies in general. MVB said this very well so I’m going to paraphrase him. Most armies currently build to take out tanks and as the game wears on, drop the infantry that get squeezed out. Necrons do this in reverse (though don’t have to, let’s stress this point please) – their anti-tank builds up as the game goes on and individual factors of the army come together. They also start with very strong anti-infantry which will generally find good use unless the opponent is happy to accept Canotepk Scarabs on the chin (unlikely).

Ultimately, Necrons anti-tank may seem on the light side of things, but it all works out in the end. Sure they aren’t going to bring the amount of missile launchers/lascannons/meltaguns to the table we are used to seeing from Imperial armies nor are they going to have the 20+ fast moving darklight weapons from Dark Eldar. They will however stop a lot of tanks from moving and/or shooting. They will overwhelm your infantry and as the game wears on, individual aspects of their army will come together to finish off your vehicles if necessary. It might not seem so on first glance but the army evolves very well over the course of the first few turns to be able to do so.

How are your tanks faring versus the Necrons?

Author: Kirby
Kirby Enthusiasm is one of the well-known players in the Warhammer tabletop gaming community. He is the man behind the 3++ website, and a Warhammer 40K competitive player. He began writing for BoLS in 2011.
Advertisement
Necrons Tactics Warhammer 40k
Advertisement