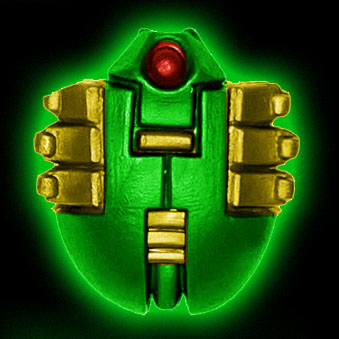 Today we are here to talk about some very specific exploits that are doing the rounds in the player community.  We are not talking about anything wrong with Scarabs themselves, and in fact their unit entry on page 45 is fine.  What we DO have issues with is a nasty set of tactics uncovered within the rules for Canoptek Spyders and Entropic Strike.  Let’s dive right in.

Entropic Strike Timing
Now Entropic Strike is nasty, no one is disputing that.  The real question comes down to exactly HOW NASTY did Matthew Ward intend for it to be.  Here is the key rule quote in question:

“For each hit a vehicle or model suffers with this special rule, roll a D6. For each result of 4+, it immediately loses 1 point of armor value from all facings.  If a vehicle is reduced to Armour 0 on any facing, it is immediately destroyed”

So the million dollar question is: Exactly when does the reduced armour values go into effect – before, or after you roll for penetrations on the initial set of hits inflicted in assault?

Here is an example.  An innocent Land Raider is sleeping peacefully in a meadow when 4 bases of Scarabs slam into it.  They inflict 20 automatic hits (it was sleeping peacefully remember), ten of which activate the Entropic Strike ability on a 4+.  Do you:
a) Resolve the 20 hits at S:3+ D6 vs AV:14 (the Land Raider will live), then it’s AV is immediately lowered to 4/4/4
b) Resolve the 20 hits at S:3+D6 vs AV:4 (the Land Raider is toast)

Either of these is possible based on whether Ward intends Entropic Strike to either a) weaken units so they will be crippled and easily picked off by later units, or b) be bloodcurdling to all vehicles in the game. Luckily this is an easy black and white decision, that needs to be FAQed one way or the other.

Scarab Conga Lines
This next one is more about a unit special rule intersecting with some interesting player behavior.  The rule in question comes from the Canoptek Spyder’s Scarab Hive rule:

At the start of each Necron Movement phase…

Nominate a Canoptek Scarab unit within 6″ and roll a D6. On a roll of 2-6, add one base to the Canoptex Scarab unit – the base can move and act normally this turn.

So, the issue here is that Spyders come in units of up to 3, and their Scarab Hive rule activates at the “start of the Movement phase”.  So we are seeing players with maxed units of these, conga-lining the free scarabs (up to 9 a turn) at 2″ intervals in lines stretching up to 32″ (18″ of gaps plus 14″ of bases) from the edge of existing Scarab units to give them all kinds of first turn charge abilities, and other ways of reaching otherwise inaccessible targets and areas of the board. This gives such a unit the ability to charge ANYWHERE on a 4×6 table that is not physically surrounded by other friendly models. This will often happen before the opposing player has even taken his first turn. Combined with the open Entropic Strike Timing question and the ability to multi-charge into several units, you can see how this can get out of hand quickly.  So once again, a bit of FAQ retweaking may be needed here.  Did Ward intend for this conga-lining to be the result? Did he perhaps mean that the new Scarab bases had to be placed within coherency with existing scarab bases that were present at the start of the turn? Matt?

How Many Scarabs?
This brings us to the final piece of the puzzle.  Matt, what is the maximum size of a unit of Scarabs that is being added to via the Spyder’s Scarab Hive rule?  The Scarab Hive rule states:

“this can take the unit above its starting size”

Help Us Matthew Ward, You’re Our only Hope…
My issue with all of these rules questions is that we have been here before.  It smells like Lash shenanigans.  It has all the hallmarks of an unforseen bit of combinations that make CODEX X all about using UNIT Y well with every exploit mastered.  I’ve found that anytime that occurs, it means that UNIT Y gets FAQed fast to keep things in check or CODEX X becomes stale and one dimensional.

I like Scarabs, I want Necrons to be viable and feared like all armies should.  But I don’t want to see their entire playerbase and tactics yoked to the humble chittering Scarab.  Scarabs as a cool, characterful harassment and anti-vehicle unit is one thing.  Scarabs as something that even mighty Grey Knight Terminators break a sweat over is something else.  There is so much more in the Necron book that deserves our love and attention.