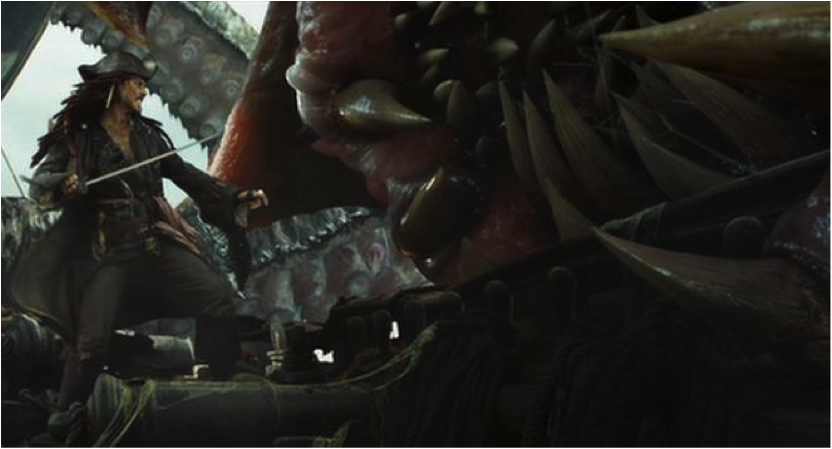 Brent:  Greetings, Mob!  I know you’re itching to use your torches and pitchforks… and while I hate to disappointment you, the article I’m dropping for your viewing pleasure isn’t actually mine.

Still, in the spirit of community I occasionally set aside bandwidth for irregular authors to share their fare on this, the premier wargaming blog of the Ol’ Blogosphere.  Today, for example, is a post written by Justin P. – known online as Deus Morte.

Without further ado, the article is title:

So, as we all know Ogre Kingdoms are the flavor of the month in WHF right now. They got a ton of new stuff, points reductions, new characters, etc… That being said I’m willing to bet most of the people out there are playing their armies primarily with all the new goodies that GW gave us. I know I have with many of the recent lists I built including 3-4 Mournfangs and 1 Stonehorn / Thundertusk as relative staples. Yes, all the new stuff is well and good, with some of it being particularly nasty. However, what I want to focus on today is what I feel are some of the unsung heroes of the OK army, the beasties. Ogre Kingdoms now has Mournfangs, Thundertusks, and Stonehorns to choose from to add to their repertoire of consumption and destruction. But what about the other guys from the previous editions they have to pull from? You know the Gorgers, Sabertusks, and Giants? In most of the lists I’ve been seeing lately, these guys seem like they are being totally forgotten for the new kids on the block and one can easily see why that is so given the raw destructive power of their new buddies. Despite that I still think that these units have a lot to bring to the table, and if used in the properly, can bring a tactical advantage to the Ogres. It all just boils down to being creative. So, that being said why don’t we look at these lowly fellows and discuss their usefulness on the battlefield.

I personally feel that Sabertusks are a great buy for what they do. They’re only 21 points a pop with 2 S4 (which automatically incur a -1 Armor save) attacks, T4, and 2W. They also move fast with a M of 7 as well as swift stride. Yeah I know what you naysayers are thinking; but they only have a Ld of 7 and no armor save. You are correct there on that point my pessimistic pals. However, the thing that strikes me as being so great about these guys is their I4 which thus allows them to go simultaneously with most normal units in the game. So yeah they might not stick around on the battle field for a long time but while they are there they will cause some serious damage and soften up the enemy for the bigger blows from your Bull and Iron Guts mobs thus shifting the numbers more to the Ogre’s favor thereby making combats easier to win, and we all know that with a low Ld, winning combats are pretty much a must with an Ogre Kingdoms army in order to ascertain victory. On the downside though they do have low Ld so you gotta watch out for them setting off a panic bomb with the rest of your force. Ideally, in order to avoid this I would use them as flanking or as support with another unit in order to avoid having to take a break test as the result of a lost combat. I would also forget about adding a Hunter for Ld support, he’s wasted points better spent elsewhere, like on the back of a Stonehorn! Here’s a list I have been toying around with that is built around Sabertusks.

Gorgers, they are those lovely grey skinner blood-thirty bastard cousins of the Ogres. Honestly I think that at 90 points these guys are a bit overpriced, but despite that they are still usable and can perform a vital role on the battle field as Warmachine hunters and/or rear flankers. Another thing to bear in mind is that these guys have Frenzy AND Killing Blow. So that’s 5 s5 (-2 Armor) attacks EACH. Run a couple of these guys into the rear flank of a unit of knights and they could probably almost solo the unit by themselves. That being said they’re great for taking on heavily armed cavalry and foot troops that your regular core units might have a bit of a hard time dealing with. In addition to this their Ambushing ability lets them easily hit anything they come across in a rear or side flank thus giving them a significant combat res bonus. Like I said, couple that with their frenzy, killing blow, and stomps and you have a recipe for destruction. Hell, with those kinds of abilities I probably wouldn’t even both using these guys to go war machine hunting, it would be a waste of time with them, and instead focus on using them as rear flankers, especially against heavily armored units. On top of all this these guys are unbreakable. Yeah they don’t have an armor save but they’re still T5 with 4 wounds each making them a headache for any average unit to deal with. One of these guys is more than enough to bog down a unit for a turn or two and cause some major damage while they’re at it. Finally, add Scrag (who is a combat truck and lv4 caster in and of himself) to an army centered around these guys and your opponent might as well just give up before the game even begins. Here’s a Gorger-centric list I built not too long ago.

I don’t think Giants have been getting a lot of love lately. I rarely see them in the armies that can field them and I hear a lot of whining about how they are overpriced. Well, I do agree about the overpricing a bit and the random attacks can be a bit problematic as well as the potential for them to fall down. The thing I look at though when I consider Giants is the law of averages and when you look at what it can do when you take that into account, I think they can be well worth the points you sink into them. The thing I think people forget when they take Giants is that they should be used as a strictly supporting unit. They’re really not built like a Bloodthirster or Keeper of Secrets, they can’t solo a unit on their own, though they certainly do have potential. On average, against a normal unit a giant will probably only kill one guy, or swing with its club in addition to its thunder stomp. That being said it will lose combat on its own most of the time given its random nature. That being said I think that the points you spend on a giant are best used in this manner or, even better, used to go toe to toe with another monster.

Giants are monsters, plain and simple, so why not stage your own clash of the titans and use them as your own personal assassin against whatever baddie your opponent brings to the table. Yes they have a relatively low I of 3 but they have a T5 and 6 wounds which means they will more than likely soak up whatever damage your opponent’s beastie has and then retaliate with (on an average roll) 2d6 s6 wounds (with no armor save) of their own. Given that 5-7 will be your average roll, you have the potential to fell most monsters in one single massive blow. Soften them up before hand with a few shots from an Ironblaster, a harpoon gun from the back of a Stonehorn, or a few chunks of ice from a Thundertusk, and that Giant should have no problem taking most monsters in the game down, with the exception of greater demons (as they’re all just plain nasty), and living to tell the tale. Given that fact and used in such a manner, I would say its well worth the 200 points. Here’s another list built with Gigantic support in mind.

What it all boils down to folks is tactics, strategy, synergy, and just plain creativity (or insanity depending on how you look at it). Every unit in each army exists for a reason and can perform its own individual, as well as supporting roles on the battlefield. Know your army, know your units, know how they work together and separately. You really just have to get creative with how you use them. On top of that I think fielding a non-standard army will also give you a psychological advantage on the table.

Consider that your opponent could be use to seeing an OK army made up of mostly Bulls, Ironguts, Mournfangs and a Stonehorn / Thundertusk. They’re use to dealing with that and will have strategies for just such an occasion. Now show up with something completely off the wall like one of the lists above and your opponent is likely to scratch his head in confusion not only at your choice of units but also as to how he’s going to deal with a list he’s never seen before. Such a psychological advantage alone can often be enough in and of itself to win you games.

That being said, I wish you all good hunting.

Brent:  So there you have it, a guest article by Deus Morte, and a Warhammer article no less!  What are we thinking, Mob?  Does this one rate some hugs and gropings? 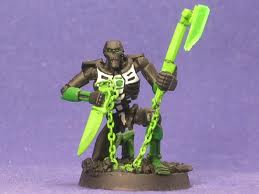