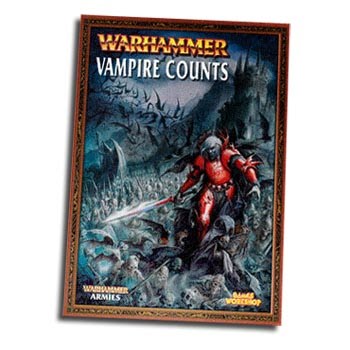 Games Workshop just pulled the current Vampire Counts Army Book, and several SKUs. Here’s the latest round of what to expect:

Word on the street is to look for VC to fill the January-February slot where Orks&Goblins were last year.  Here’s the latest rumor roundup:

via Warseer’s every reliable Harry

harry says:
-The WD VC article should be viewed as a stop gap between books, terrorgheist will be in proper print much quicker than some people may imagine
-new Krell mini coming:
-but you wouldn’t say no to a plastic black coach and some flesh Golems would you.
-The concept art for them (golems) is very cool. Half way between a big zombie and a ghoul with lots of stitching,

ihavetoomuchminis says:
-It seems that the Black Coach will be a dual kit.
-About the Monstruous infantry unit, i’ve been told that they are more of Big ghouls than big zombies. Oh, and the models can have something no MI in the game have yet….. maybe something like the terrorgheist, but smaller? Don’t know, just guessing.

overall summary:
– new unit “flesh golems” – something like a mix of large ghoul and zombie with a lot of stitches with something no monsterous infantry has had before
– new plastic black coach mini, dual kit
– new krell and female vampire minis
– and some old rumour concerning new plastic black knights – (Riders confirmed by Harry but not “black knights”).
-The ‘black coach kit’ is not a straight replacement (like say the steam tank was for the Empire) and it is a dual kit. Also, we do get riders … but they are not straight replacement for the black knights either.
-Obviously the Terrorgeist will be in.
-The female Vampire could be seen as a return to the book of the Lahmian Bloodline.
-the book has five new units + Lords/Heroes.
-the dual monsterous Infantry kit has the option to make winged mostrosities.

Stock up on garlic and wooden stakes in January-February!

Author: Larry Vela
Dad, Gamer, Publisher, Pilot, Texan. All games all the time since junior-high. I started BoLS Interactive in 2006. I’m a lifelong tabletop & RPG gaming enthusiast, and internet publisher working to entertain and inform my readers every day. I've been playing RPGs and Tabletop Games since the 1970s. I'm been playing and covering Warhammer and Warhammer 40K for over 35 years.
Advertisement
Tabletop News Vampire Counts Warhammer Fantasy
Advertisement