Kraggi again, this time with a quick look into the contents of a Naval Starter box. I picked the Prussian Empire fleet, and I hope this gives you a good idea of what you get for your money.

So here we have my first break down of the contents of a Battlegroup fleet. This time I am looking at the Prussians, and I have to say I was very impressed!

I didn’t expect anywhere near as much as I got in this box. So lets cover off what bang you get for your buck: $54.99

First off, the contents are more than enough to get your initial fleet in the water and let the games begin.  You get a 700 point fleet (which is more than enough for starter games) and there are no real bad choices in the box. This one is of the Battleship with all of its turret options. This is the Emperor Class Here are the three Reiver Class Cruisers with their turrets. The 9 Arminius Class Frigates, please note I have deliberately taken pictures including the flash to give you an idea of what you are going to get in your boxes. This flash came off very easily with no damage to the models. 10 Fighter tokens, 9 of which came attached, and just needed a quick knife between them to separate them. ﻿
And the last photo is of the tokens… nice that they have included all the tokens you could need in one Battlegroup! Well I hope this gives you an idea of what you get in a Naval starter set. I think this is a very good deal, and the quality of the models is top notch. So what do you think about the Spartan Game sets? Have you been as impressed as me?  So who’s up for a Dystopian Wars battle report coming soon?

Author: Kraggi
Kraggi is a tabletop wargamer with over a decade of experience. His specialty is Warcradle Studio's Dystopian Wars. He began writing for BoLS in 2012.
Advertisement
Dystopian Wars Miniatures Review
Advertisement 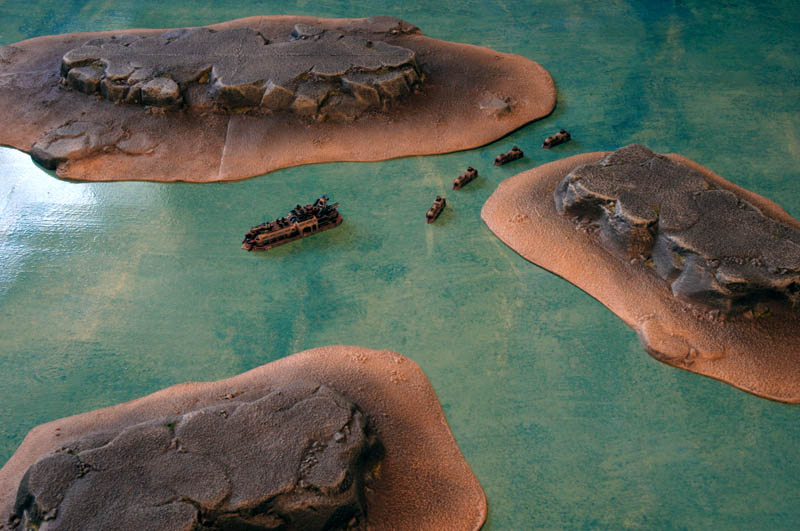