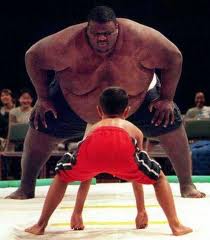 The mark of a good player is being able to play through a bad match-up. This article discusses ways to do just that.
Reecius here from Frontline Gaming. The key to consistently winning or placing well in tournaments (or just being able to have fun playing most armies) is the ability to find a way to win despite the odds being against you. Everyone knows that match-ups are a big part of tournament play, some say the biggest part. However, I disagree. There is a reason the same players win event after event with a variety of lists, and “sub-par” lists.
What do I define as a bad match-up? Anytime your list does not have the tools to defeat an opponent in a straight fight. So what do you do when you find yourself in this position? You think outside the box. I know it’s a cliché statement, but it’s true. You must think laterally and find a path to victory, even if there appears to be none. Always remember: you don’t have to wipe out your enemy to beat them. Think of ways to fulfill missions objectives that don’t necessarily involve smashing your enemy. You will be surprised to see how many different ways you can use maneuver and terrain to get you where you need to be without firing a shot or swinging a chain sword.
One thing I always tell new players learning the game is that you should never pick a fight you can’t win; meaning that if your unit has low to no chance of defeating another unit, don’t engage it. That sounds obvious, but I can’t tell you all how many times I see players pushing their models into a terrible position just to be able to take an ineffectual attack with them, and then being disheartened when said unit is subsequently destroyed.
Running and hiding, as strange as it seems, is a perfectly viable tactic. Better to preserve a unit to fulfill a useful role later than throw it away to no effect in the short term. Often it will actually benefit the enemy as they can sling shot off of that unit to get into a better position, which is a two-fold loss. Always play to the mission. Those words should be a mantra that every player keeps in their head while playing. So often, you see players get caught up in trying to just fight the enemy instead of trying to beat them. If you are playing an objective mission, always think about how you will prevent your enemy from taking objectives, and how you will secure your own. All but your scoring units are expendable in this scenario. I often will sacrifice units just to slow enemy units down. Or throw out bait units to redirect the main thrust of their advance. You can play both sides of the table if you make good use of these tactics.
Even if you get shot down to a single model, when the dust settles so long as that model is a scoring unit on an objective and your opponent has none, you win. This is why I have always found dedicated, cheap scoring units so damn useful. 5 man Ranger squads, Grot squads, 5 man Warrior Squads, Sniper Scouts, Guardian Jetbikes, etc. They are a low point investment that will win the game for you, time after time.
Likewise, in Kill Points, even if your opponent has superior combat or shooting capabilities, you can still win by fighting limited engagements. Identify which of your enemy’s units you can most easily destroy while exposing yourself to the least amount of return firepower. Destroy these targets, and then run like hell. Keep any units that can’t actually contribute safely in reserves where they can’t lose you the game.
A very good example of this style of play can be demonstrated in a game I played at the Ard Boyz semis last year against fellow Team Zero Comp teammate, Fuegan17, which we will cover next week.
So what lateral tactics and techniques have you used to pull off improbable victories from the jaws of defeat?  Examples please.