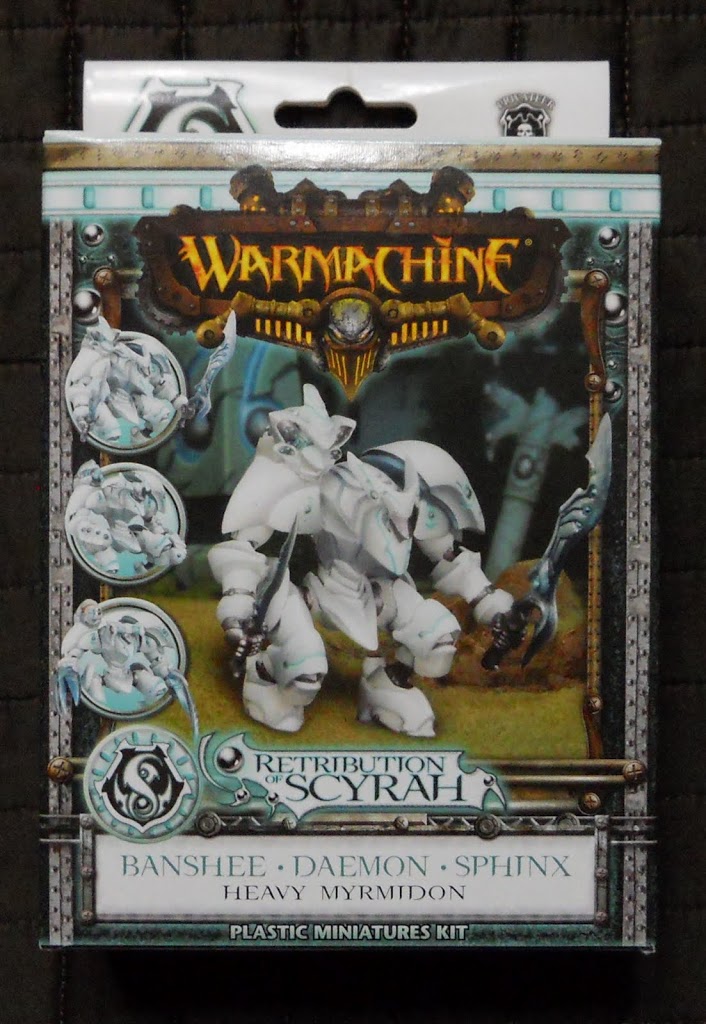 Nobody deserves a new kit more than Retribution players. And after a long wait, they’ve finally got one. The Vyre ‘Jacks release this March. Looks like they’re back to the multi-packet bag format. Or maybe they’ve got two different factories working on these things now that do them different ways. The kit comes with a ton of pieces. Even more than the Khador kit which has the pieces to make four different ‘jacks. Although it looks like I scored an extra shoulderpad with this kit. I guess if anybody out there buys a kit without one now you know where it went.

The Banshee’s huge sword is going to make the Phoenix jealous. And it’s covered in cool detail. Or you could opt to make a Sphinx and use these insane claws. The gun bits also have a lot of cool detail… as well as a weird kind of insect vibe. Even the back of the torso has a cool feel to it. Kind of Ultraman-y. And of course Ossyan fans are going to want to check out the bits for Hypnos here.

~Take it away Ret players!