40K: A Simple Case for the Destroyer Lord ? 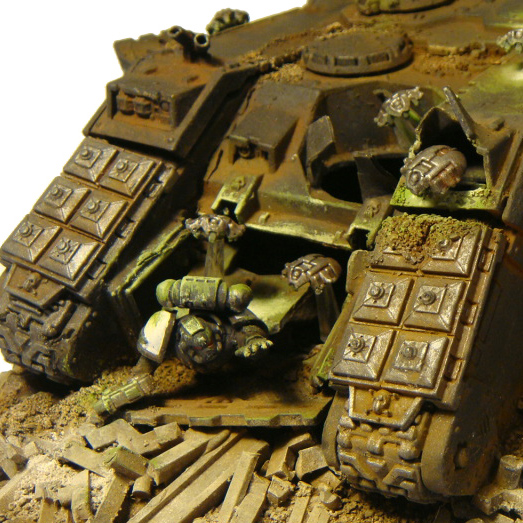 I know… I know !! This guy has no invulnerable save – right ? Well actually no that is wrong. Really… If he has a res orb he basically has a 4++ save whenever he loses his last wound… feeling lucky punk ? Heh! And of course he is not going to ever run like a little girl.

I have been running mine with the following options:

He is expensive kitted as such but he is also a beast. I run him with an escort of six Wraiths and its working very well indeed. Their speed means I usually get the charge off and can position the Lord where I need him most and avoid those nasty little things like enemy power fists. The Destroyer Lord is very smashy and I love it when he drops Land Raiders with his Tachyon Arrow. The best part is jump infantry is immune to Jaws of the World Wolf.  :  ) Have you had any games yet versus this metal beast ? If so how smashy was he ?