40K: Learning to Play Laterally Part 4: What NOT to Do. 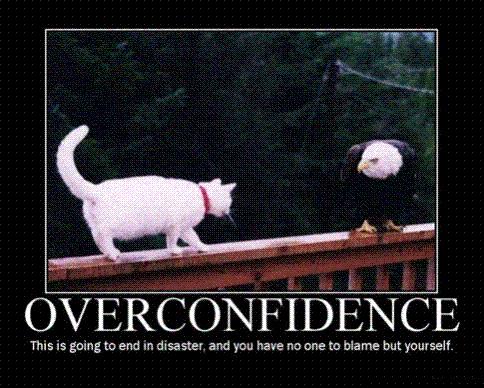 Hey everyone, Reecius here from Frontline Gaming again to wrap up this article series on learning to play laterally.
In the first articles in this series, we discussed the overall philosophy of what playing laterally meant, how to find a way to win in a bad match-up, and finding a way to mitigate a near auto-loss scenario. Today we will discuss what to do when you are on the receiving end of some crafty play by analyzing a time it happened to me.
I was playing at an Indie GT called the Slaughter in Space in Southern California (great event which I highly recommend) a few years back with my Bjorn Wolf Space Wolves (MSU Missile/Razor Spam Wolf List, lead by Bjorn and his Dreadnought buddies) which I have had a great deal of success with over the years in competitive play, having won me multiple GT’s and earning me 4th place at Adepticon last year as well as the winning the Ard Boyz semis and earning me a shiny new Dark Eldar army. I will without hesitation say it is the best army I have ever put on the table. It’s only real weakness has proven to be Orks (particularly of the Battlewagon variety), as they seem to be the only army that consistently beats me in high level competitive play. I know there are those that think Orks aren’t good, but they’re wrong, and the facts prove that. (Sorry for the aside, but the Ork hate amongst some 40K circles is a pet peeve of mine, and has no basis in reality).
So this army must be pretty dang good to have gone so far for me, right? You’d think so. However, at the above mentioned tournament my first round opponent managed to do to me what I did to my Ork opponent in the second part of this article series.
My opponent had what I like to call a “Codex Color Section” style army. Meaning, it looked like an army you’d see in the pictures in the Codex, with all of the perceived inefficiencies those types of lists have. It was an Imperial Fists Space marine list that was built to what a Space Marine list should look like if GW could write rules to match their fluff. It was built with a wide variety of units, full sized Tac Squads with all the fixings, Biker Marines, a Captain with a power sword, Scouts with Telion, a Techmarine, you name it. It was a great looking army but hardly what I would have called optimized from a competitive sense. I took one look at the list and already assumed victory in my mind.
That was my first mistake: overconfidence. This lead me to my second mistake: underestimating my opponent.
I assumed that sense he built a “soft” list, he probably wasn’t as skilled of a player as I was. So much of 40K—or any game—is psychological. When I assumed victory I at least in part mentally checked out. The scenario we were playing had what I like to call a “wacky” deployment wherein every unit had to deep strike onto the board or come on from reserves. This really hamstrings my army which has limited mobility and likes to sit and shoot. However, I assumed based on relative strength of lists, I would be able to overcome this limitation with brute force.
My opponent very cannily took advantage of this deployment and completely out-maneuvered me. As the game unfolded and I found my small and relatively weak units in increasingly vulnerable positions, I saw that I may actually lose the game.
This lead to my third mistake: frustration.
So often I see players mentally quit when they “feel” they are losing. It happens all the time in every aspect of life and I am sure all of us have succumbed to it before. I didn’t so much quit here, as start to get very flustered at what I felt was an impossible situation. How could this player beat the super list I had built over years of practice backed by my extensive experience in competitive play with his fluff list? Well, it was happening before my eyes.
This frustration lead to mistakes made as I stopped thinking clearly. This culmination of mental errors on my part, smart play on his part and a little luck meant that when the dust settled, he was able to pull a minor victory on me! I was astonished but I shook his hand and congratulated him on his victory. A slice of humble pie for me, and a side of crow. I was certainly put in my place after that game. As it was a battle point style Tournament, I still managed to go on to win Best General, but I learned more from that loss than all of the victories combined. You cannot underestimate your opponent, even when it looks like you have every advantage. This opens a chink in your armor that can be exploited by a smart player. Also, never assume anything about your opponent based on anything but their actions on the table top. You also cannot believe that you are too good to lose. This ties in to the above points, but thinking clearly and rationally includes accepting the fact that you may lose a given game. Acknowledgment of that truth means you will more clearly see how to prevent it. At that point, I was definitely overconfident and thought I couldn’t be beaten, and getting a big slap of reality to the face was just what I needed.
When you are losing, don’t allow yourself to get frustrated or mentally defeated. Stay calm, constantly be asking yourself: how can I win this game? There is almost always a path to victory if you can see it. Keeping a clear mind will help with that, and it will also help to mitigate any negative feelings that come when you do lose (and if you never lose in your local area, you need to find tougher competition). In a game with as much dumb luck as 40K, you almost always have a puncher’s chance to get back into the game if you fight till the end.
And lastly, perhaps most importantly, learn to enjoy these wacky, crazy David vs. Goliath victories when they occur (even if you are on the receiving end of one) as they are what makes this crazy game of ours so much fun.
~ So what do you think are the deadly sins of wargaming that will lead you straight into the jaws of defeat?