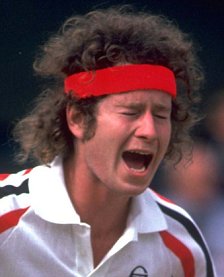 The night ended with some unlimited meat at a Brazilian Steakhouse. First before I go into some 6th thoughts let me say this – Thank you to everyone who came down, over, and up to play at the event. It was a blast and a big jump from last year. Without the players these events would poop out and I would look at my game room and sigh as I don’t have cool friends to throw down a grim dark game of dice.

This leads me into my next thought – I am feeling 6th right now. It feels like a breath of fresh air in this other wise stagnant realm of boxes, robots with twin linked guns, and super psychic mutha effers ruining people’s games. I know some are laying a stink about the game but I am coming in positive and ready to start killing hull-points and watching monstrous creatures doing their own version of the Douche Canoe. The biggest current stank fest is the idea about Allies. I am going on my soap box and coming out saying that Allies need to stay. They are there to help fix some issues and keep the field level. There are going to be some major changes and the older books need some help to combat this. Thus the reason we need the ability to grab a set of units to try a different paint style.

I know people will say that this is a just a blatant attempt to sell more models. But really what is wrong with that? Aren’t they a company designed to sell models? I am just excited to try a bunch of new combos that will open up different army styles. The interesting thing is that the ally system doesn’t allow special characters and it is very limited in the nature of how things work. This ensures you don’t see completely broken nonsense. So this comes into the idea on what you will want to Ally your army with? I think IG will be a pretty useful one. You have the most powerful option – vehicle squadrons. You also have a cheap Psyker too. I also think Blood Angels might be a useful one with tweaks to rage, jump packs, and an option to get two Libbies pretty easily (Dread and Librarian). Now I know I will get some hate for this, but this Ally system will allow you for more options in the counts as Department as well.

Remember when Iron Warriors could have Basilisks? Of course this could all change with the CSM book but it would be great to have the ability to create a different armies and have games that are not just dominated by the same sort of build (which many people blame me for). I just enjoy the idea of new builds, new combos. and new chances to paint up different models.

So I give a thumb up for Allies. The other interesting rule I have seen some discussion about the change in how AP works. It looks like the day of Autocannon blowing punks up will be a lot less. AP 2 has become Melta and Melta has gotten a chance to be a lot meaner. Of course vehicles have changed as well so look for less driving to 12, getting out, and making some popcorn in the boxes of doom.

Do I think this game will go full on Infantry-Hammer? I am not sure just yet. We’ll see if this becomes a foot-slogging edition. The other crazy thing is the random charge range (or as I call them – Its most likely going to be a 7). I like it as it creates drama pretty quickly and makes for a rather interesting game. The addition of pre-measuring makes sure the distance fudging is going to go away as people can figure out right away – are you in the fun range or hiding range.

Right now I am just counting down the days to wait for my book to come in the mail. I am also just excited to try out this new edition, get mad at some nonsense, and then figure out something mean to throw at Darkwynn. Until all my dice roll 6’s this is Goatboy – resting from Wargames Con and waiting to get my hooves on some new rules – we have under 1 week to go!