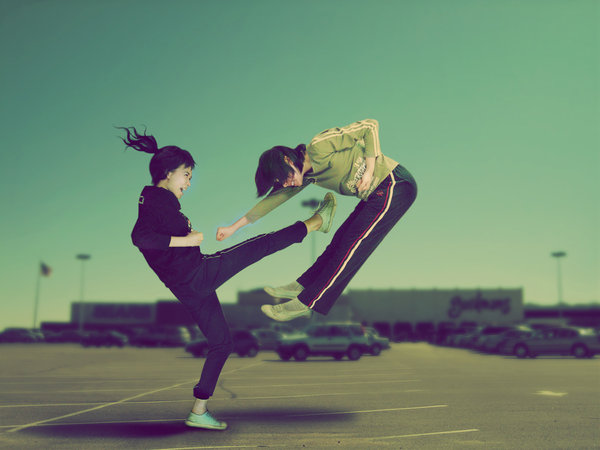 Goatboy here; the other day I got into a discussion about making tournament 40k more popular with Duke, TO for Feast of Blades. We were talking about how Magic has created this entire “professional” circuit for their game and why 40k has not been able to do that. This got me thinking on the subject as my wife looked on bored.

So let’s look at what Magic has that 40k and miniature wargaming in general does not have. This is a general overview just to look at the reasons why our game has short comings when it comes to creating a “tournament” environment.

1. Wizards of the Coast supports their tournaments.

This is a pretty easy one to see as obviously the entire tournament culture is supported and created by Wizards of the Coast. They have created a professional environment to help foster and grow their game. We have different tournaments that travel the globe as well as a desire to create a sport like aspect to their game. This is done from the local level all the way up to the point where people can make a living off of flipping cards and summoning monsters to an imaginary battlefield.

GW on the other hand has basically flicked their thumb at tournaments. They are first a miniature company that happens to make a game. This is the major difference because really once you buy their models they could give a rat’s ass on what you do with them. You can play really whatever you want as they don’t sanction any events. This is one of the biggest obstacles to trying to create the tournament environment.

2. Wizards of the Coast has a rock solid ruleset that is constantly monitored and maintained.

I have been playing and paying attention to Magic for a long time. The rules are complex enough to allow for high standards of play as well as being easy enough to pick up and compete. They have spent years refining the game and creating the keywords to allow for a strong and competitive game system. They also constantly monitor the game and make sure it still works well. If something is too powerful they can easily ban it and reset the environment again.

When was the last time you got in an argument about how a rule worked in 40k? How long do we have to wait to find out how the designers wanted the rule to work? For a true competitive game to function it needs a solid base of rules. Do you think GW would ever just ban Psycannons? I hope 6th edition fixes enough problems to allow for very little tweaks to create a solid tournament set. I also hope to be able to have a jetpack someday as well.

3. Magic has multiple avenues of revenue.

One of the biggest things that Magic has over 40k is its collectability. There isn’t a game out there that you can easily figure out your collections worth. This allows Magic to work by providing revenue all along it’s life span. Wizards makes money selling the packs, stores make money selling packs and singles, and the players can make money playing the game and selling cards as well. All aspects of the game create an environment of creating wealth. You mix this in with cash prizes and you got a game that is as close to a mental sport as you can get. There are many stories of players who are sponsored by online companies as well as Wizards of the Coast themselves.

Once you buy that plastic miniature box you have just lost some money off of it. Yes you can make money painting and creating an army, but that money doesn’t stay with the army. We all can see the Ebay auctions that showcase armies that come out to a “deal” when you buy the lot. There are some bit stores that are able to sell parts at a profit but for your average Joe your “collections value” is not nearly worth the time and effort that was put into it. In a lot of ways this is what makes it a hobby instead of a game as you have to invest a lot of time and effort in order to create the optimal gaming aspect you desire. Could we have 40k Sponsors? Sure but I just don’t see it being worth it for the Sponsors themselves. This all comes into the idea that the revenue stream for wargaming is a lot less then what Magic and Wizards of the Coast creates.

You can buy all the cards you need in Magic, sleeve them up, and start down the road of being a competitive player. There isn’t any extra time needed in creating a really cool looking card or trying to define a specific play style. If you want to have the best creature you go out and buy it. You could also buy a bunch of packs and try to get it as well – hopefully getting other cards that can be sold at a profit to mitigate the cost of trying to get that specific card.

You have to put a lot of effort in creating a “good” army for 40k. It isn’t like you can open up that box, take out the completed model, and sleeve it up for a tournament. There is a lot of effort that comes in from creating the army, getting it ready, and hopefully having a rule set that makes it a decent choice. What if you are tired of painting a bunch of the same looking models? It isn’t like you can walk down to the local store or come out with an army ready to go. Glue, knives, and time are things that not everyone has and it is an obstacle into getting into this game and making it competitive.

Those are some of the reasons why I think 40k has a lot of issues when trying to become the same sort of game that Magic has become. It also has a lot of things that help it stay a fun game as well.

Just think if 40k was just like Magic wouldn’t most people’s armies just be Grey Knights? Magic got stale when it really just came down to 1 or 2 decks dominating every avenue of competitive play. Also Magic really just has one win condition while 40k tries to create different game winning avenues to try and break the stale mate of just one powerful army build. This isn’t even including the whole aspect of creating and building your own army – incorporating art, design, as well as just fun in building a bunch of plastic models.

I happen to enjoy the competitive nature of 40k and hope that 6th edition shuffles up the power armies enough to allow for games to not just be Grey on Grey. I also would really like to see the TO’s get together and create a tournament shell that allows for a better tournament environment and experience. I don’t like the idea of adding a large cash purse to the game as I feel that aspects brings out the worst in people. Money makes for bratty players and I really don’t think our 2 hour games need that to make for an interesting time.

So what do you think it would take for 40k, (or any wargame) to grow to Magic’s size? Goatboy out.