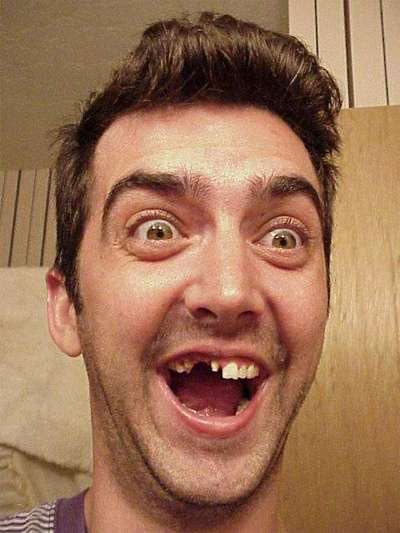 In a previous article, I discussed the random charge rule. This bit is probably more exacting than some of my non-40k readers will want me to go, but this is a subject dear to my heart, so permit me some leeway. It serves as a great example of how a game can be made more Strategic with additional randomness.

In 4th edition 40k, players were asked to guess the range for some weapons. This introduced a tangential skill (guessing range) to the game, but it was a purely tactical moment. The player would attempt to choose the right number to bring his attack on target. He would then enter a random element (rolling a special scatter dice and some numerical dice). This was essentially a skill challenge in the middle of a Strategic game. It was not too dissimilar to “Tiny Wars”, considered by many to be the first miniatures game. Tiny wars used no dice, and saw players firing small pellets at enemy forces to destroy them.

Some players felt that this made the game require less skill. This is true, it did require less of a skill that was not Strategic, or Tactical. It relied purely on the players ability. It was, from a design perspective, a little out of place in the game. Like making a player answer a riddle, or read a tongue twister, before moving his Queen in Chess. Oh no wait… that could be fun… NOTE TO SELF: Design “Party Chess”. Game contents include a Jenga Tower, 2 chess boards mounted on a battleship style divider, and a twister matt.

Anyway, the point is that the removal of a tangential skill forced players to rely on their Strategy, equalizing the value of certain units. Players who were good at guessing ranges no longer received a better “per point” bargain on units with guess range weapons. This brings us to today, when the designers at Games Workshop have made the decision to introduce random charge ranges, and pre-measuring (before this was not allowed). I discuss it at length here, but I put forth that it made the game more Strategic by removing a tangential skill.

First, I didn’t have numerical dice in the design, which makes randomly determining a scenario’s parameters difficult. While not impossible, each result wouldn’t have an even chance at being generated. Players would learn what the most common results are, and could plan their strategy around those… so using Combat Dice wasn’t an optimal solution. This photo was taken about 10 seconds before I rage flipped the table and tore off my shirt. That was a good day.

Secondly, we were attempting to make the game more logistically friendly to tournament organizers. This meant removing as many responsibilities from their shoulders as possible. In many tournaments, the organizer must play arm chair designer. This can be a lot of fun, but it also causes issues where some players may feel that the scenarios were biased (and maybe they were, but probably unintentionally). So we made the decision to put a completely tactical mini-game into the tournament process.

Each player knows all of the resources on the “battle builder”. Each player knows what the outcomes are. There is, however, a tangential skill in play. Players must read their opponents army list and discern from this information what their most likely desires are on the battle builder table. Furthermore, the player must now formulate a strategy around the end results, and prioritize his goals. He basically sets his own “win condition” and tries to guess his opponents. For a 2 decision mini-game it can be very complex.

This made the tournament “metagame” extremely important. Players who were better at this tangential skill, who put in more research time, could out play an opponent. So to make sure everyone was constantly needing to re-asses this information, it was decided that the Battle Builder Table would need to be rotated out for a new one on a regular basis. This makes the skill of assessing the metagame less useful (although still somewhat applicable). Instead, players who understand broad strategies, and unit tactics, will find those skills more applicable to reading their opponents army list and guessing their battle builder goals.

It was a lot of work, but it ended up making a Strategic improvement on the game, although it did introduce a minor tangential skill to the player experience. This isn’t necessarily bad, as this skill actually serves to promote community building (through evolving metagame assessment), and keeps the game fresh, and players meeting new opponents. All healthy for a miniatures game in a non-gameplay way! There are a lot of ways that 6th edition saw a progression towards “more strategic”, through the use of increased randomness. Everything about the new edition adds increased uncertainty, which means that a players over all strategy has to be more flexible. Like in poker, you don’t go in expecting to win with a “Go all in on every third hand” strategy. Although, hey, you might! Instead, 6th edition introduces dozens of new elements (random terrain, objectives, and psychic powers). These make an over all strategy (like in poker) far more important. You don’t know your opponent’s hand (army list) until the game is underway, and the river (objectives) evolves as the game progresses (random terrain is revealed, ect).

The decision types are changed further by the introduction of a much more “relaxed” army selection. Allies, and double Force Org, both make your opponents army less predictable. As the edition evolves, tactics that we thought would be good will shape army choices (but not really as much as personal preference). New strategies will be created, and this will be seen in a variety of army lists. That’s LOT more strategic, by the above definition.

Lets give it up for Mack (visit his site) everybody. we’re always happy to have the professionals give us their take now and then. So, what’s your take on Warhammer 40,000 6th edition – more or less tactical or strategic?