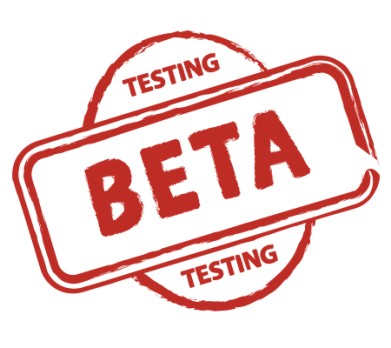 Last week I wrote a little about testing, and how it relates to miniatures games.  Lets dive deeper.

Today, I want to expand on those concepts by explaining why testing is so difficult for miniatures games designers. First we have to examine the goals of testing. Oh man, now I think this is going to be a three part series. The moment I typed that, I realized the goals of testing is an article in its own right! Ok, so lets examine the over all goals. Each of these goals is represented by a type of feedback that a designer can get from different types of playtesting. So if you haven’t read part one of this series, read it now!]

Make a Fun Game
I hate that I have to explain this, but I really do. A lot of gamers will suggest changes that work great in their heads, and might be very fun for them. Once they suggest this change, however, many become married to the idea, and will defend it to the last. As a professional game designer, one of the skills I personally had to cultivate was an ability to realize that many of my ideas weren’t made of solid gold. Sometimes you knock it out of the park on the first swing, sometimes it takes more work. Many ideas might even make the game more balanced, but often they don’t make it more fun. Worse, they can make it not fun at all. I’ll name a canonical character in one of my games after the person who can get me a copy of this calendar!

Why is fun so important? New players. No game can survive forever on it’s existing fan base. That player base will always shrink, no matter how good the game is. People get married, get jobs with less down time, or have kids. As your established player base ages, you need to attract new players. If you don’t, the game stops being able to financially support its own printing costs. And that isn’t good for anyone, especially the players who are heavily invested in the game line. A veteran player would much rather have the game exist tomorrow, than have the game tailor made to him. Even if he doesn’t want to admit it!

So the game must be fun. It must attract new players. Much of this, for a miniatures game, comes from the fact that tons of painted toy soldiers is a blast. The game has to be simple enough to learn, and it has to grab players in their down time. I would say that most miniatures games do this well. We all spend hours discussing, painting, and just preparing for a game. The social group build up around the game is fun! Clearly Written Rules
I touched on it a little yesterday, but I want to repeat it here. The rules will never be clear enough. They can’t be. Why? Because different people will read the same sentence different. Here, let me give you an example.

“Choose a card from your hand, pass that card to the player to your left.”

Seems clear right? I wish I could tell you that nobody ever had a question about this rule. Here are the questions I received during playtesting about this rule. “Do I have to show the card to everyone at the table?” “If I put my cards on the table do they still count as being in my hand?” “Does the term ‘that card’ mean the one I chose, or do I ask all the players what cards are in their hands, and then if they have a card matching it they all move to the left?”

Keep in mind, the term “hand” was clearly defined in the rules. There comes a point, where you simply make the game not fun by wording it to clearly. There are some people who can’t ever have the rules clearly worded enough! A designers energies can often be spent better elsewhere. So as long as the players are able to play the game with the rules as they are written, it’s fine if some FAQ questions pop up. If you can adjust the text of the rules to clear things up, all the better. I can think of a many situations where rules text can be more clear. And for you Lion, a new codex, so you can stop whining when you lose. Yeah I know it won’t work.

I’m going to pull back the curtain a bit more here. I know a lot of players who will attempt to tell you that this is “lazy design”. That the rules can be made perfectly clear. That is not true. If they were that clear, they would be huge, three or four hundred pages. That makes the game just as unplayable. Rules can always get better, and a good designer is always striving to learn from his mistakes. There comes a point, however, where you just have to accept that perfectly clear rules can over burden a game.

An example from Dust Warfare is the unit creation rules. In it, I point out that a platoon is made up of a mandatory Command Section and 1st Section, and an optional 2nd Section, 3rd Section, or a 4th Section. Each section is one unit, chosen from a list determined by the type of platoon. Each platoon may also have additional Support Units, that are not Sections. You may take one Support Unit for every 2 sections (rounding down). In the first three weeks of the game being on the market I was asked, no fewer, than 20 times… “Does a Command Section count as a Section for the purpose of buying Support Units.”  The rules were pretty clear. Heck, it has Section right in the name! That doesn’t mean I shouldn’t answer the question in an FAQ, but I feel it was pretty clear in the rules. Making it more clear would just be rules bloat.

Well, I was wrong… this is a four part series. Dang. Next week I’ll talk about the goals of balance and metagame management! That’s where things get really fun!