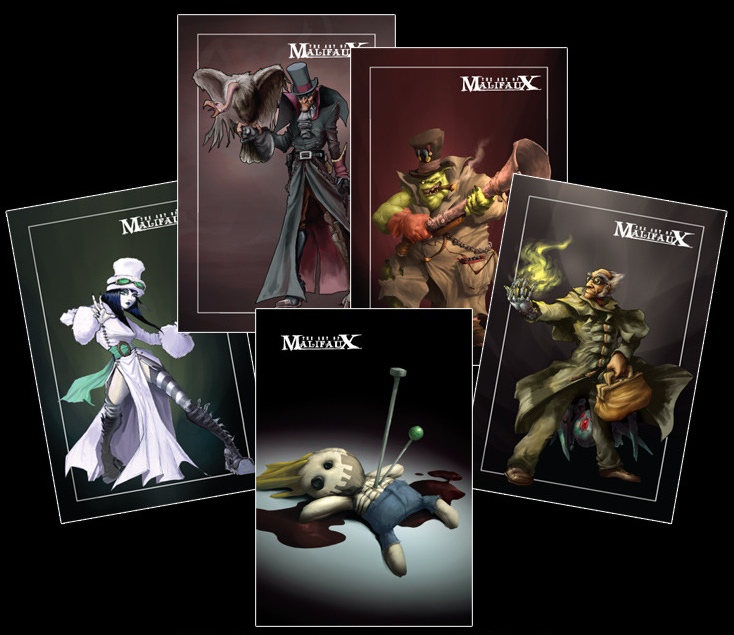 Let’s introduce the factions fighting for power, freedom, control and bloodshed in the world of Malifaux – everyone’s favourite SteamVictorioHorrorWestPunk game..

The Guild is a largely self-suficient force in this land, their role first and foremost is to control and maintain the soulstone production and subsquent transportation to Earthside. Their secondary role is to maintain the peace in Malifaux.

They have various divisions within the Guild, each deals with specific threats.

The Resurrectionists are those that re-animate the dead either physically or spiritually. They can often be found hidden in plain sight such as Dr Douglas McMourning and Nicodem, who are placed within the Guild, or otherwise as a source of dread in every one’s favourite boogeyman, Seamus: The Mad Hatter.

The Quarantine Zone which makes up a large proportion of the City of Malifaux is one of their hot spots, there are lots of places to hide and build their lairs and laboratories and build up their forces, they have to fight against each other to defend their land and resources as well as the Death Marshalls seeking to destroy them all and the Neverborn seeking to reclaim their land from all of the invaders.

The Arcanists are the various rogue magicians that fight for their freedom amongst other wants and needs.

Again like the Resurrectionists many of the powerful Arcanists hide in plain sight with the Showgirls entertaining many guild personnel at the Star Theatre where they also ply their illegal activity from. Ramos and Kaeris are part of the legitimat Miners and Steamfitters Union or M&SU. Others just hide away in various places away from prying eyes such as the lair of the Cult of December in the mountains north of the City. The Neverborn are for the most part the original inhabitants of Malifaux, some of these are humanoid in nature, others are more bestial in their appearance. They range from the Nephilim who can be humanoid like Lilith, Bestial like the Mature Nephilim or somewhere in between like Nekima, there are also the Woes which were unleased when Pandora opened her box, the Gremlins whilst part of the Outcast faction are fluff-wise Neverborn as they are the original inhabitants of the Bayou area, finally there are the Dolls and other constructs like every one’s favourite Teddy, these are the constructs created by Zoraida, Coloddi and the Widow Weaver

They are fighting to clear the land of the human invaders and also to prevent the ascension of the Tyrant entities like December, Plague, Cherufe and The Grave Spirit. There has never been a more wretched hive of scum and villainy….the Outcasts are the Mercenaries and Misfits in the world of Malifaux. These live at the edge of society fighting for their survival.

There are several key players in this faction. Firstly there is Leveticus, he is a steampunk necromancer who has mastery over his own life and death, he is also skilled at merging flesh and the machine. There is also the Viktoria’s these are ‘twin’ mercenaries who are skilled with a sword. There is also Hamelin the Plagued, who is one of the Tyrants who has possessed the body of Hamelin the Ratcatcher when he accidentally broke into his prison. There is also Killjoy who is a mercenary excommunicated (for want of a better term) Neverborn who exists to Kill and maim. The Gremlins are also Outcasts, these add a different flavour to Malifaux as they have many options and some very different interactions between themselves and their pigs, especially when combined with the skills of Somer ‘Teeth’ Jones and Ophelia LaCroix.

As announced in this post on BoLS here an 6th Faction will be released when Malifaux Book 4: Storm of Shadows is released at Gencon (16th-19th August).

There will be 5 new masters for this new faction, according to this thread on the wyrd forums. Going from left to right we have Lucas McCabe, Yan Lo, Mei Feng, Jakob Lynch and Misaki, Mistress of the Ten Thunders.

We will know more about the masters and the new faction once more information comes to light later today once people start reading Storm of Shadows at Gencon.

Enjoy dear readers – more Malifaux in the days ahead..