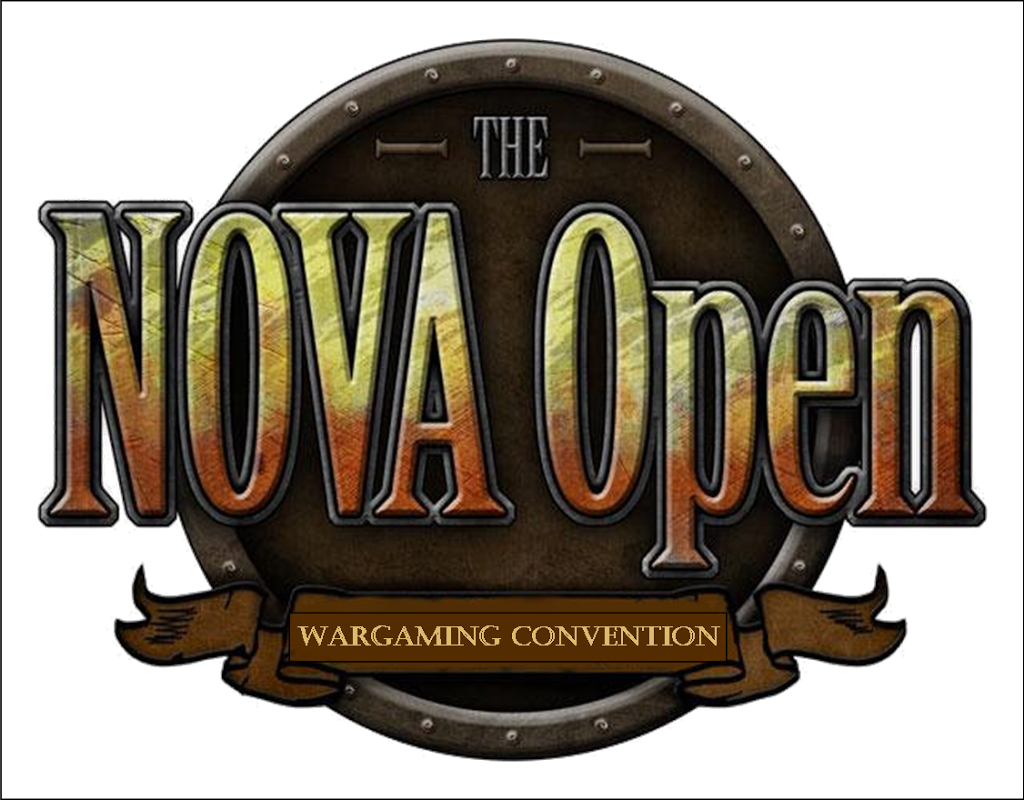 Get your bags packed, and your army lists double-checked.  The NOVA Open, is coming in under two weeks!

Well, the NOVA Open is less than 2 weeks away. In just a few days the staff and I will be waking up bright and early, and making our way to storage, where we’ll meet the movers and transport an entire Wargaming Convention from a 20×10 climate controlled box over to the 30,000+ square feet of event space we’re using at the Hyatt Regency in Crystal City. This includes thousands of pieces of terrain, over 225 wargaming boards, and an equal number of sideboards (yup, everyone this year will have a sideboard, no matter what event they play in, to put their minis/dice/etc. on!).

As we get ready for 2012, we’ve shattered another peak number, anticipating 500-550 total attendees.

What’s cool about all this, however, is what we’ve become – not just the increase in people walking through our halls. We were at first just a 40k tournament, with a simple book-rolled format. We innovated and grew a year later, and now use a format used all over the world for 40k and referred to as “NOVA” style. Way cool, but … we ALSO became more than a 40k tournament. In our past 2 years, we became a multi-event tournament … heck we even picked up a few vendors and a ton of great sponsors.

What makes 2012 different, and so much more, is that we are now a CONVENTION. 10 Vendors; our own shop of limited and interesting stuff; a legitimate independent painting competition; 13 hobby seminars; open gaming galore; demos; amazing sponsorship; and more different games than ever before.

My reverie over, let’s hit up the key points for this post. THIS IS THE PART YOU SHOULD READ IF YOU’RE ATTENDING!

A final note on something near and dear to my heart … the 40k GT is something that more than ever before, I wish I could participate in.

It’s a brand new edition. There’s no metagame yet. There’s no proven netlists. There are no proven PLAYERS even. This is an extremely rare opportunity where a major internationally-attended (Australia and Russia are the faraways this year) GT is happening relative moments after the release of a new edition. Here’s your chance to help define what the new edition really is … what armies are good (and bad!), and who really knows how to learn the new game. Why aren’t YOU here?