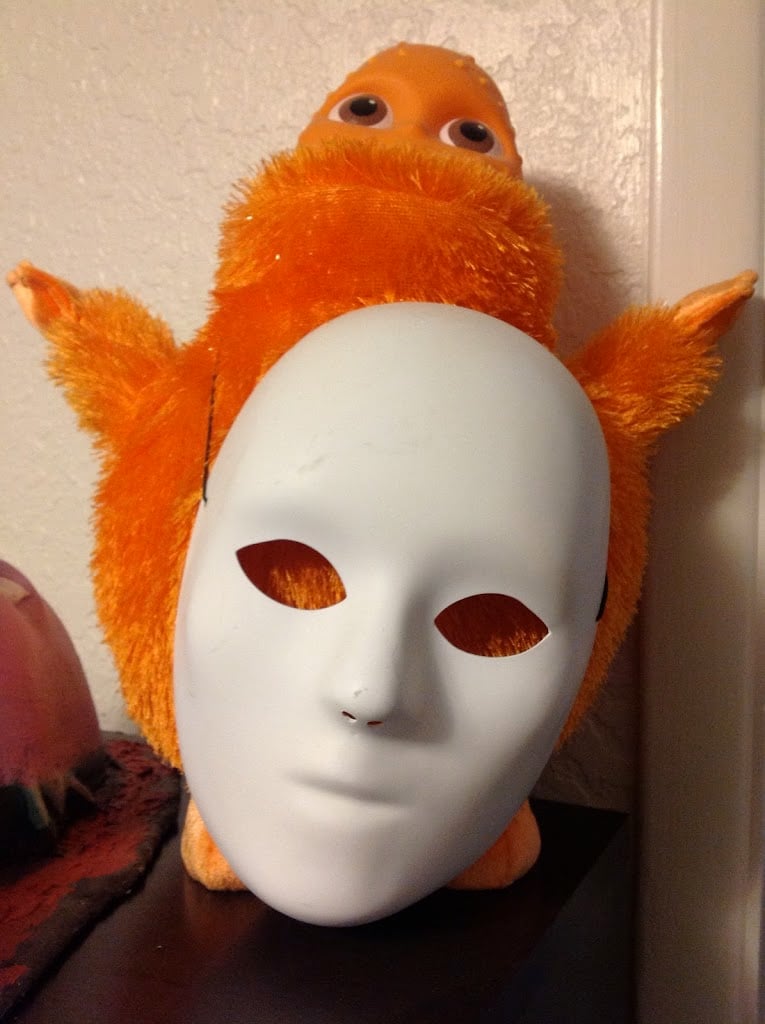 Not easy for yours truly, trying to write a three-parter on Daemons when it’s a sure bet a sizable chunk of you don’t remember Parts 1 and 2.

Ah, the Blogosphere!  Where the only collective memory comes down to who flamed me last.  (That would be you, Warboss!  You’re my nemesis you are.)

But persevere I shall.  If you’d like to play catchup ball, click this link for PART I and this for PART II.  There’s good reading there; not least of which is the comments, where most of the slick commentary can be found.

Krisken, of the very fine blog Scratchbuilt 40K, took the time to drop this comment:

I read the article and enjoyed it. I think Screamers are our best unit now, hands down, and I think that’s where the article kind of glossed over.

Where you are perhaps tripping up is where everyone else is right now who is trying to write strategy articles for the new edition – it’s too big. There’s just too damn much to cover, even in a 3-part series.

You mostly covered the strengths, but I think you need to hit those weaknesses, which is our troops and dealing with fliers. Which allies fill in those slots best for us? Is it worth taking allies of convenience to do this?

You could do a gap analysis to help with the article. What do Daemons do well, which units do it. What do they do poorly. With allies, how can those weaknesses be covered?

When you’re right, you’re right.  Regarding Screamers, I did sort of gloss them over – in the same sense I did so for most of the units.  As he alludes to in his next paragraph, and I covered in some detail in Part II, 6th is too big, too complicated.

A gap analysis is a pretty fantastic idea – but in general, I call those comments!  Especially this time folks; I’m thinking this series needs to finish strong with ideas from the Faithful Reader.  It’s the only way to even partly cover that gap old Krisken mentioned.

For my part, I’ve chosen to tackle this article with four army lists at 2K each, but only one Force Org slot.  (For better or worse, I’ve lost that fight.  I think people have dubbed it ‘standard.’)  Undivided lists are fun and fluffy, but maybe trying to put together something that can run rampant for Chaos with something approaching a 40% win ratio will be educational. It’s 6th Edition; sometimes we need new ideas.  For this mono-build, we’re using the Heralds more for placement of Icons than a glorified attacking champion.  On Icons… it’s something I don’t think a good player requires, in general, but it can be useful, especially for a list like this.

Okay, maybe Flamers are the new Fiends, but Fiends are still pretty sweet if used properly.  This army wants to weather the storm a round or two before sweeping the board with Rending models.  The Fiends have no problems sacrificing themselves to buy time for the placement of the Seeker Cavalcades, which are just awesome!

Thanks for turning me on to that idea, Hulk.  Gross!  Here’s what he says about it:

New kids on the block. These bad boys are 40pts of big based fun and because of them I need a bigger display board….Regardless of that I think they are an amazing addition to the daemon book. Some people won’t agree. They are squadrons of armor 11 models with only 2 hull points and they’re open topped. All true, they also have enormous bases which creates a massive foot print J

However what they do provide, for a mere 120pts for 3 of them, is a genuine threat. These things, if not killed, produce insane numbers of attacks and have a large threat radius. They’re hammer of wrath makes them dangerous to vehicles and troops alike. The ability to flat-out 12” off the deepstrike (with a 16% chance to immobilize) means you can redeploy them to ensure they are a threat on the following turn. Overall they are a solid choice but not one I wouldn’t take multiples of. I think if you take a single squadron you’re gonna be disappointed in the results. The value of these units is exponentially better the more you take. Okay, this may be a thought exercise, the purpose of which is to illustrate key themes for Daemons… but Khorne has me stumped.  The biggest reason may surprise you…

…and that’s a lack of AP1 and 2 weapons in close combat.  Bloodcrushers and ‘Letters are rolling AP3, which is all well and good except everyone and their Grey Knight Allies will hit the field with Terminators.  They’re too good not to.

Combating that, we’ve taken Fury where we can get it.  Rending is AP2, useful for vehicles and better against armor.  The Bloodthirster is a big old expensive bait unit.  Hopefully you’ll get something out of him… maybe all that will be is a turn of shooting that isn’t aimed at a unit more strategically useful.

The Soul Grinders aren’t necessarily dedicated to a power, but methinks they’re necessary to make this army work.  Use Fleet and get in close combat; take Tongue shots at AV 14 and hope for the best.  Just don’t expect it!  Most importantly, these guys should play offensive tackle and block for the smaller units.

This army requires finesse to play.  Don’t you hate hearing that about Khorne?  This may be a good place to mention, but I think Khorne is best served as Daemonic Allies for Chaos.

In that role, I suspect they’ll shine!

My version of the Daemonic Circus!

The strategy here is more about denial than anything else.  Make the enemy come to you.  When you’re sitting back, taking hits and losing units and you start thinking, “Gee, is it time to rush my enemy,” the answer is a resounding, “NO!”

This is one of the two armies I’d build and play.  It’s straightforward in some aspects – the heavy hitting Greater Daemons – but its real route to victory lay in confounding the opponent’s strategy.  All in good fun! Tzeentch does Mono-builds best.  This army is nasty on a number of levels.  Can you say Flamer?  I knew you could!

As Krisken alluded to, Flamers and Screamers are the new hit of the book, and if you haven’t seen what an uber unit of Flamers can do on the drop…

…well, you haven’t seen it.  You’d remember, ’cause the boy dies, the girl dies, the dog dies – hell, everyone dies.  Or at least is off to play for the blue team in the Warp Classics!

(In hindsight, eight models in each Flamer unit is probably overkill…)

I won’t labor the point; while there is some subtle play here – with Heralds and Icons for much the same purpose as the Slaanesh build – it’s fairly straightforward.  Drop, destroy, confound, and shoot some more.

This is very similar to the army I’m planning for this year’s Feast of Blades Invitational, 2012.  Doh!  Name drop.  (If you’re not planning to go, and you can afford it, give it some thought – it’s a stellar event, and my favorite of last year.)

Edit:  So it’s 4:30am and I’m up pulling an insomniac’s sleepless night.  It was useful, as the first few comments correctly pointed out the Pyrocaster doesn’t get Bolt any longer.  There is also a few comments on Flying Greater Daemons and their usefulness in Tzeentch armies.  I’m not convinced they’re necessary, though I made good use of them in 5th Edition.  I’ll leave it at that: the comments are the correct place for expanding on options that aren’t included in the article.

So What’s All This Mean?

Troops.  And a route for victory, meaning, “How do I intend to win this game?”

What, you want more?  Seriously, dropping fun army lists is all well and good – Goatboy does it all the time and draws big numbers for it – but without practice and planning 6th Edition will just ruin your day.

What I love about 6th is everything is back.  Seriously, say it loud, say it proud:  EVERYTHING IS BACK!

You don’t know what Joe Blow in the next town over is doing!  Hell, I wouldn’t look if I could – he sounds like a pervert – but that’s not the point!  The point is you can build the army you want and play for the win!

Sound army lists are only one element of a balanced approach, and not even the most important.  There are plenty of guys online that can bang-out seriously good armies…

We roll dice in this game.

Daemons are fun.  They are by far my favorite army and the use of Daemonic Deployment is NOT a hindrance, it’s a strength!  You can dictate the game, react to the game – dominate the game – all through the movement phase!

Sure, you’ll run into some hard counters to your chosen army… but maybe not as much as you think.  With all the options out there, everyone has to keep their arms in while the train is moving, you know?  So when things look grim…

…well hell, they tell you that right up front!  ‘Grim, Dark Future’ anyone?  Buckle down and play the mission.

Play the mission!  All it takes is practice.

Well, that’s it then, Part III and freakin’ finally!  This has been the best and worst series of articles I’ve worked on over three years of blogging.  You’ll probably notice it’s not all-inclusive.

It simply can’t be – not yet.  6th Edition is a new and beautiful and complicated game…

…and the fun just hasn’t been played out of it yet!  So, thoughts?  Comments?  Hugs and gropings?

Oh, just for fun… here’s Hulk Smash’s Daemon army.  Please feel free to drop yours in the comments and explain why it’s the best.

A bit of mix’n’match, from THIS article.  Comment away, Oh Ye Faithful!