As if this impressive starter set didn’t have enough, there are 11 tanks in the box, an impressive improvement over the 5 tanks of the previous Open Fire! box, without even factoring in the pile of other stuff you get. A total of 6 Sherman Vs and 2 Sherman Fireflies make up the British Armored Company, while 3 StuGs make up a German Assault Gun Platoon.
These aren’t new models in terms of what was available in the Battlefront arsenal, but they are new in terms of sculpts, with at least relatively speaking, as the Sherman Vs and StuGs were already available in the previous boxed set.
Quite a bit was said about the plastic tanks when they first came out, from “that’s just awful” to “these make great Grot tanks”. While I certainly have some reservations about them, I think that they are an overall pretty decent first effort for Battlefront. Let me point out the pros and cons I noticed:
Pros:
The Firefly has a somewhat newer sculpt that is a bit easier to assemble than the other Shermans.
Assembly is fairly simple overall for all of the tanks.
There are plastic tank commanders for both sides that are very detailed and easy to integrate onto the tank (old veterans of Battlefront tank assembly should know why this is important.
All of the Shermans have magnets for the turrets and have the best design for the installation of magnets that I have seen on a Battlefront mini.
There was a decent array of stowage, treads, etc. to keep the tanks looking interesting and different from one to the next.
Cons:
Unsightly joins on Shermans that would take a lot of work to hide. Similar, but far less ugly joins are evident on StuGs between the side skirts and the hulls.
Like the aforementioned joins, many parts of the tanks seem based on rather generous tolerances that make the tanks feel cheap and more like a toy than a model. The firefly was only slightly better in this respect, and none of the machine guns on the tanks fit on the mounts without some cutting on the pins.

There could always be more/better stowage, as well as a few hull variations, which have become standard on Battlefront resin tank kits.

That’s it for the pros and cons. Now to tell you what I think (and hope) this all means. These tanks are probably not the kind of stuff you would see Battlefront replacing their resin tank platoon sets with. This seems more like an initial foray into going with more plastic, as well as satisfying the need for an all-plastic starter set.

The most likely scenario (again, just my personal prediction) for Battlefront is that things that are resin will largely stay resin, while metal gets slowly replaced with plastic. This means that we may start seeing amazing improvements in the way tank crew look and the way parts like machine guns and turrets hold together on the models. But if they decide to go full plastic on tanks, they will definitely need to up their game from these Open Fire! tanks if they want the get the true hobbyists on board. This will mean easily-hidden seams, tighter tolerances, and more options.

Author: Mike Travis
Mike is a veteran tabletop miniature hobbyist with over 15 years of experience. His specialty is miniatures painting and tutorials for Warhammer 40K, Age of Sigmar and Flames of War. He began writing for BoLS in 2010.
Advertisement
Flames of War Game Design Miniatures Review
Advertisement 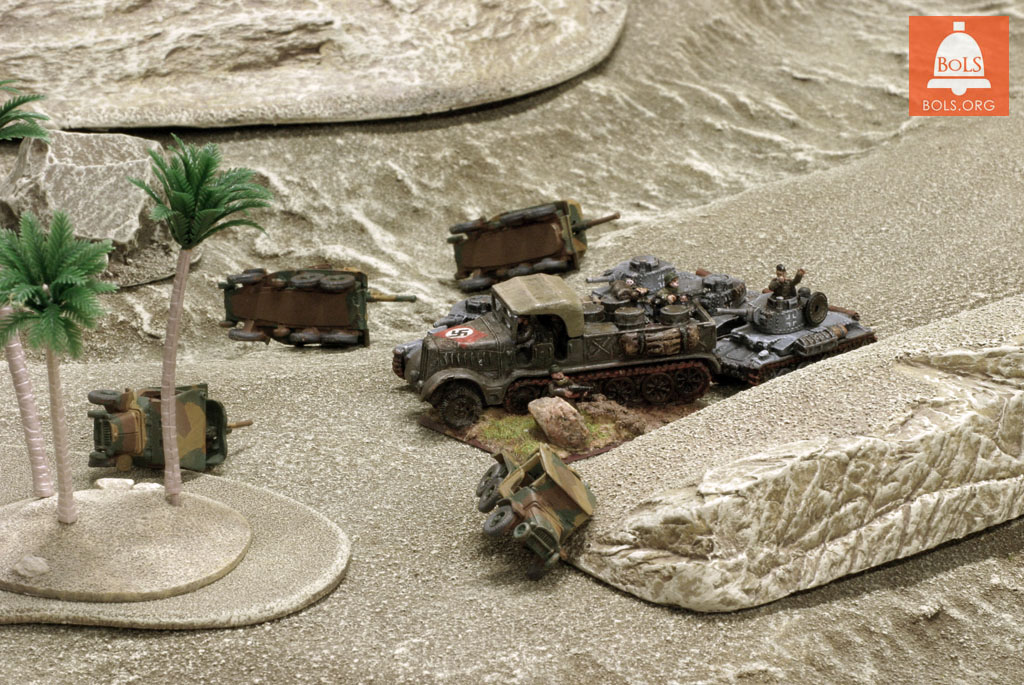