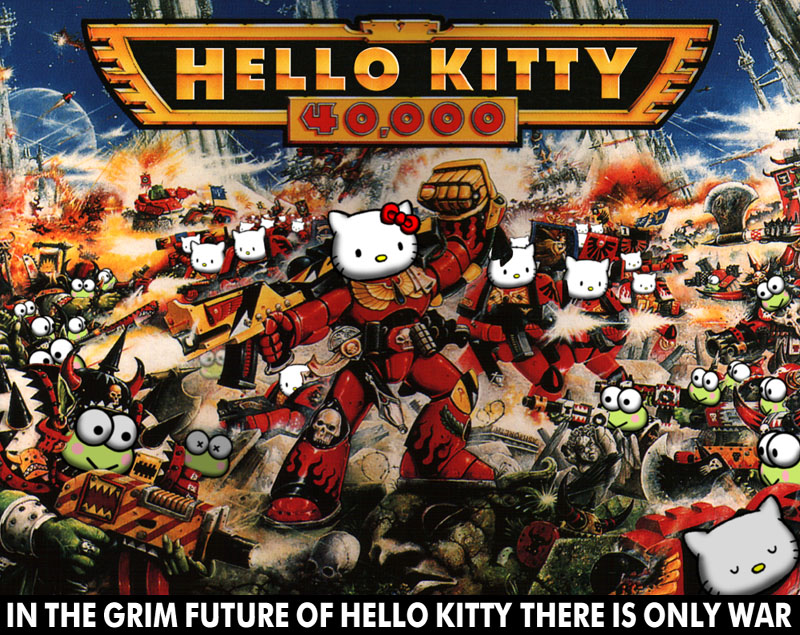 You find the most interesting questions out there on the internet.  Look what I found wargamers!

Warhammer 40K’s story, how is it even remotely appealing?Admittedly this might be due to over-exposure from a friend who won’t shut the hell up about it, but I really can’t see the appeal of the story of Warhammer 40K. (I emphasize story because the games are pretty fun gameplay wise).

The entire setting seems like a big case of Darkness Induced Audience Apathy.

I read through some wiki pages and listened to my friends and have played enough of the games to know the basic premise and factions; and I couldn’t give less of rats ass who wins. 90% of the characters are [redacted] and the ones who aren’t are probably dead knowing this setting, and that’s not getting into how there are no actually “good” or even “meh” characters.

Hell reading the wiki alone made me feel uncomfortable, there’s no hope, its overly violent and its practically childish; something an “edgy” thirteen year old would make up.

Not to mention its a tad misogynistic (Such as there being limited female soldiers that aren’t part of the female only faction, the eldar or the dark eldar) and obviously caters to younger males. (Something that irks me to no end).

Can someone explain the appeal of this universe to me? Because to me it all seems over the top and plain stupid.

And that got me thinking… Games Workshop has managed to pull off one of the most dystopian of dystopian backgrounds, and sold it to all of us true believers for decades.  The questioner is right – almost everyone IS morally grey and there aren’t really good guys or bad guys. Yet – it certainly scratches an itch that no other game system has managed to.  So what is it exactly that MOST appeals to you about the background?

What keeps you coming back for more?