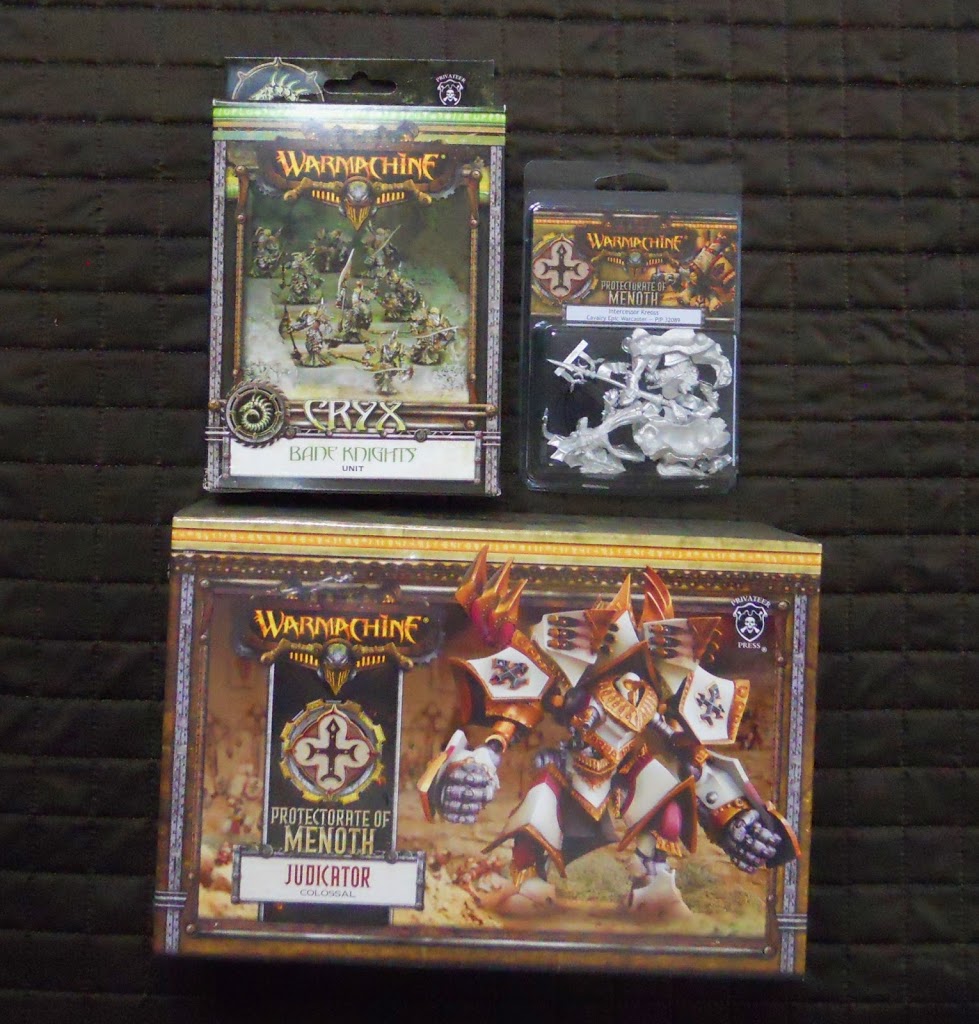 November saw a lot of exciting Privateer Press releases.  Let’s take a closer look at three of them. First we have the Bane Knights.  This is just a repack but since some of you may not have seen them before, now’s your chance. No plastic here.  Or even resin for that matter. Bane Knight bits for your perusal. Up next we have a warcaster I’m particularly excited about. Intercessor Kreoss here is the Protectorate’s first mounted warcaster. As one might expect, he grants some nice bonuses to cavalry, and I have a unit of Vengers that are just dying to meet him. It’s a complicated kit to be sure.  Having puttied and sanded the gaps on a lot of cavalry over the years, I’m glad to see that this horse is planned out a little differently.  Instead of two symmetrical halves, this guy has one half with all the horse’s armor, and another half that’s mostly just legs that will be glued on underneath.  I’m really looking forward to painting this guy and getting some games in with him. And here is the star of today’s show, the Protectorate’s new Colossal, Judicator. A lot of pieces have been squeezed into the plastic here. As many pieces as that is, the Judicator still isn’t quite as complicated as some of the other kits I’ve seen from Privateer. There’s way too much to get close-ups of everything so here are a few of the more interesting pieces. Here are some of the cooler mechanical components.

And of course I always like to get a picture of the head.  I think this other thing is supposed to be the reliquary that gives the Judicator that extra point of focus each turn.

~  What’s that you say?  I missed two of the November releases?  Well check out this unboxing from last month if you’re looking for the Pyre Troll.  And we still don’t have those Stormblades, as they were delayed.  But when we do we’ll be sure to get pics!  In the meantime, November was a pretty great month for Protectorate wasn’t it?