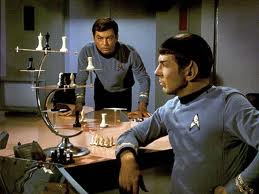 Reecius here from Frontline Gaming to talk about meaningful rankings in 40K. Rankings in 40K have always been a difficult thing to quantify. With the myriad tournament formats out there, comparing who is “the best” is a difficult task.
Now, I know some of the trolls are already jumping up and down and saying, “competitive 40K is st00pid!”  but it is human nature to rank things. We do it with everything, and it is fun to watch the rankings and tease each other about who is rising or falling. Whether anyone likes it or not, we’re going to compare ourselves to one another. If one does not like this, simply choose not to care about it and continue to play for fun.
The real issue is to find a system that generates meaningful comparisons. The issue is that 40K has so many dang variables that it really is extremely difficult to compare one player to another, each with an enormous amount of possible army builds. The game has 16 distinct armies, each designed to be played differently. The game also has 6 different missions, and 3 deployments for a total of 18 mission combinations. Within those missions, there are can be a variable number of objectives, objectives worth a varying amount of points, etc. Terrain varies from table to table and deployment to deployment. Even who goes first can have a dramatic impact on the game.
Add to this the fact that each TO is essentially the captain of his own ship and that we have an established history of independent tournaments with home brew missions, and you introduce an entirely new set of variables that ratchets the complexity of the system up to an absurd level.

In short, no two games of 40K will ever be the same, or even all that close to the same.
Chess on the other hand has only one variable: who goes first. And while the person going first has a slight statistical advantage, the game is as close to a level playing field as you are likely to find.
So why then do I propose the use of Chess rankings for 40K?
Simple. I believe it will work.
And it already is! I have been talking about it for several years now, but Zen, the head TO for the TSHFT events in Seattle, is already using them and has been for a while. As a competitive Chess player, it was fairly easy for him to convert the ELO rating system to 40K.
The great thing about the ELO system is that is very simply ignores most of the variables that are inherent to 40K. The only thing that matters in an ELO system is the result of the game. The sole requirement of the system is a W/L/D structure, which the BRB uses for book missions already, making this easy if you play book missions (or something close to it).
What’s great about this, is that it does not matter how many people are at an event, what type of missions you use, if there is comp or not, if there are soft scores or not, etc., etc., etc. The ONLY metrics that are measured are who played whom, and the result.
What this does is allow any TO anywhere to run his or her event the way they choose to and still participate in a world wide ranking system. We wouldn’t have to change anything (although a unified tournament format would be a boon to the community in my opinion, but that is a topic for another day) to implement it today.
ELO ratings are quite simple. Every player has a score, the higher the better. When two player play, the score of each player is adjusted based on the result. If a player with a high score beats a player with a low score, his score goes up a little, while the player with the low score goes down a little. If the player with the lower score wins, his score goes up a lot and the player with the higher score goes down a lot. That is a very simplistic explanation, but I hope it conveys the concept.
I believe this is the way forward, and with a little organization, will happen. We over at Frontline are working with a coalition of West Coast TOs to get the ball rolling on this using the infrastructure already in place and hope to have it going this year! If all goes well, no matter where you live, no matter how many tournaments you go to, you can participate in the fun of a ranking system and know that your rank is as fair and accurate as we are likely to get it.
What’s your take on 40k and rankings?