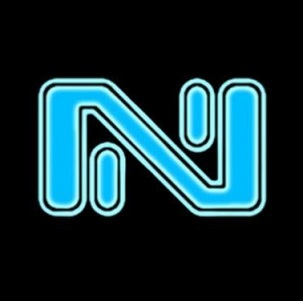 So you’ve heard about this game Infinity, you’ve seen just how awesome the game can be, and it’s time for you to start an army.  But which one do you choose?

No matter what faction you choose, units can be found match to your game play style. However, in general, the descriptions below may help you decide which faction would best suit you. Within the various factions you can create themed armies, called “sectorials”.   Sectorial Armies can change the number of a particular type of model you can take, open up the opportunity to create linked teams (which expand the abilities of each member of the team at no cost), but sacrifice the range of units that a player can choose from. This article will only focus on the core factions.

Being the wealthiest and largest of the factions, they have the greatest access to high tech gear and TAGs.   For their lower cost units, in comparison to other factions, they generally have a +1 to their Ballistic skill, making them better shots than most.  The flip side, seen primarily in lower point cost army lists, are their realtively lower willpower score which will make it more difficult to make guts checks and successfully win the roll off to choose who goes first or who deploys first.   Heavy infantry units generally have the slower 4-2 movemement speed (meaning they will be able to move 6 inches during an order).  Their units tend to be more straight-forward to play and require less maneuvering.  For this reason alone, they are often sited as new player friendly.

The second largest faction in Infinity is Yu Jing.   The Yu Jing have a wide range of Heavy infantry, most of which moves at the faster 4-4 movement speed (8 inches per order) as well as access to the monofilament sword (which if it hits ignores all armor and drops a unit regardless of number of wounds remaining).  Asian themed, this faction includes ninjas, the only (currently) transforming unit in the game, and the aragato bikers (which look like they drove straight off the anime film “Akira”).   Like PanOceania, Yu Jing has extensive access to high tech gear and weapons.

The Haqqislam faction focuses much more on skilled units that can regenerate, use viral weaponry (which require opposing models to make 2 saves when hit), walk on any surface of the game, or appear to be a member of the opponent’s army.   One of the Sectorials even focus on being an assassin force.   Lacking the specialized Thermo-Optical camouflage and technology of PanOceania and Yu Jing, the Haqqislam models tend to be lower in point cost and will result in a higher order pool from which to command your army.

The nomads, within the realm of the human factions, tend to be the best hackers in the game.   This allows them to use their opponent’s weapons against themselves, protect their forces by hacking guided missiles, and prevent armies from using special rules to bring forces in that have not been deployed at the start of the game.  The nomads also developed the Crazy Koala, little robots that activate during your opponents turn to run up and hug their leg before exploding into extensive shrapnel.  In the Infinity Canon, this faction has made a lot of advancements in genetic experimentation as well which can severely alter how a unit reacts.   An example of this is the sin-eater who fires full round bursts during your opponent’s active turn.

The first human voyagers into deep space, they were assumed lost until rediscovered over 100 years later.   Without access to scientific research facilities, this faction is far behind the curve on a technology level.   They lack access to large robotic TAG units, but make up for it with a significant number of troops that can use camouflage and large guns (like the tank hunter’s mobile autocannon).  Because their technology is so far behind that of the other factions, they are fairly immune to a lot of tricks that the other factions rely on (such as hacking or in the case of the alien combined army, being sepsitored).  This faction tends to rely on number of models on the table, since it’s rare to have a model with more than one wound.

The artificial intelligence faction of the human sphere, the Aleph have a great deal of access totechnology and can be difficult to hit or kill.  Units like post-humans can jump between various forms to become a doctor one minute, an engineer another, and a camouflaged sniper as each order is played.  Myrmidons with odd (optical disruption device, effectively a suite of nano-bots that make it difficult for opposing models to determine where they are) may cause the opposing team to apply a -6 to their ability to shoot at them.   All of these cool toys come at a price paid in points to field models.  Generally speaking an aleph army will have fewer models, and therefor fewer orders to spend during their turn then some of the opposing factions. The aleph (as a faction to fight as) was introduced in Infinity’s second rulebook, Human Sphere.  Due to high point cost, lower order count, this faction is generally not the first choice for use in really low point demo games.

Feared across the universe is the combined army led by the E.I. (Evolved Intelligence).  Depending on the units selected this faction departs from all the rules covering the Humans and their Artificial Intelligence. Generally speaking, their stat lines show numbers that are higher across the board compared to the other factions, and may not suffer as greatly from losing their lieutenant.   The Avatar, an Alien TAG unit can turn opposing units into agents of the Combined Army.  These elite alien forces suffer from the same downside as the Aleph, which is to say they tend to cost even more and result in lower model/order counts.

The most recent faction, the Tohaa, are a alien race that have a strong connection to the number three.   They can have fire teams without a specialized sectorial army, but the size (and there for the added functionality of the fire team) is limited to skills available to 3 man linked teams.   Many of the Tohaa have symbiont armor, a parasite that protects its host and sometimes positively modifies their stat line.   The range of current Tohaa units tends to suggest playing them as highly mobile fire suppression teams.   The Tohaa have even greater access to viral weaponry than Haqqislam.   The Tohaa’s great weakness is fire based weapons which can kill a model with symbiont armor regardless of the wounds remaining on the unit.

This is only a rough outline one the various Infinity factions, but hopefully this will assist you in choosing the faction that will appeal to you.

Copyright to the images used in this article are owned by Corvus Belli and are used here with permission.

Have a question regarding the factions?  Would you like to see an overview of sectorial armies as well?  Let me know in the comments below.