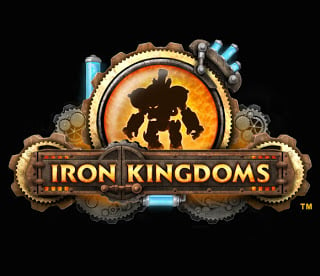 My bi-weekly gaming group has finished their 7th session of the new edition of the Iron Kingdoms Roleplaying Game, wrapping up our first campaign.  As this is a brand new game, the first adventure is typically used to feel out the system to discover what it does well, what things work, and what concepts to avoid.  So, how exactly does the IKRPG stack up so far?  More below the break.
My experience with RPGs isn’t as wide-ranging as some people I know, but I feel like I’ve had my fair share of dice rolling.  I’ve played in and run games using the Rogue Trader and Dark Heresy Systems, Dungeons and Dragons 3.5 and 4th Edition, Pathfinder, Fantasy Craft, Mouse Guard, and even written, play-tested, and run a thorough and robust set of rules for Mass Effect using the Savage Worlds System.

With my résumé out of the way, instead of boring you with the details of the first adventure, because we all know how horribly dull that can get, I’ll just hit the highlights of what we thought worked really well, and what came up a little short. I think that character creation is a huge strength of the system.  It’s fast, intuitive, and a lot of fun.  While I’m typically loathed to build characters for other systems without some type of computer assistance like Hero Lab or Wizards of the Coasts’s Character Builder, I can bang out a new character with equipment for the IKRPG in less than five minutes.

I think that, aside from Gobbers, which feel are a bit weak both in and outside of combat unless making AGI-based skill rolls, the races are mostly pretty well-balanced against each other.  The Archetype mechanics are great as well, allowing you to further customize your character in terms of their overall feel.  For example, a Mighty Stormblade will be strong at picking a single target and hitting it like a wrecking ball while a Skilled Stormblade will find itself more at-home wading into a group of weaker enemies and quickly cutting the lot of them to ribbons.

The Career system is probably my favorite part of the game.  While there isn’t a whole lot of customization to be done with first level characters within their individual career choices, save options for Military Skills (i.e. weapons), the requirement to combine two careers at creation in addition to choosing an Archetype more than makes up for this.  I think that there are still a few little things missing in terms of available careers, like a non-nation specific, offensive melee fighter-type, but Privateer Press has already added a handful of new careers to the game like the Long Rider, which was released in last month’s No Quarter magazine, or the Trollkin/Ogrun Pugilist or the Gobber Guttersnipe in the new Urban Adventure supplement.  One thing that I was really disappointed with was a lack of a Thamarite career in the Core Rulebook, but not even three months post-release, Privateer Press has managed to add that in as well in the form of the Thamarite Advocate, also in the Urban Adventure book. I think that Privateer Press did a fine job of making combat in the Iron Kingdoms Roleplaying Game feel heroic.  The feat point system creates a whole tactical layer that really elevates the basic concepts created in Warmachine to be exciting and dynamic at the individual character level.  By as early as the third session, your players will have picked up a new ability or spell that will most likely start to really shape their characters and how they interact with the party.

For example, after our second session our Ice Sorcerer picked up the Frozen Ground spell, which causes any enemy character to be knocked down if they advance at least 2″ and end their movement in the Sorcerer’s control area.  This combined with the warcaster’s Aura of Protection, which grants a +2 ARM bonus to friendlies in the warcaster’s control area, allowed the party to turtle up whenever things became hairy, making them nearly unassailable.  To challenge them, I find myself having to think outside of the box about how I approached setting up important encounters, like by forcing the party to separate due to environmental factors, spells and effects that are effective against closely-gathered forces, etc.  However, it can sometimes be fun to let the group play to their strengths so that they can steamroll an encounter and feel like bad asses.

Combat is also notably pretty dangerous if people aren’t careful.  Spell-based healing is at a premium in the IKRPG, so players will mostly have to rely on either using feat points for Heroic Dodge, which reduces damage taken from an attack by 50%, or Walk it Off, which allows players to heal an amount equal to their PHY stat, else avoiding taking damage in the first place via careful placement, target priority, or denying enemy melee troops from charging.

I’m also impressed with the new combat maneuvers in this month’s Urban Adventure supplement, creating more options for Unarmed Combat as well as neat and flavorful attacks like stock strikes and fish hooks.

While creating encounters for their last campaign, which had them largely tangling with Bog Trogs, Blackclads, and the Wolves of Orboros, I simply used the stats from the Hordes cards, extrapolated out things like their PER and Initiative based on their stat cards, and created a few unique leader-type characters to give some flavor.  Overall, it’s a pretty easy thing to do, markedly more so than the work I would have to do to prepare monsters for D&D 4E, Fantasy Craft, or Savage Worlds. Overall, I’ve found myself largely okay with the out-of-combat mechanics of the IKRPG.  I really like the player- or content-specific skills that use different stats based on the implied method of use, the classic example being Intimidate, where-in someone could use their STR stat to threaten physical violence or their INT stat to threaten their livelihood.

Something that I kind of like about the system is how few skills combat-specific careers get, which lends itself well to combining a combat-focused career with a skill-focused one.  A Gifted Gun Mage/Spy, for example, would be fantastic at range while also having a talent for espionage, stealth, and infiltration.  A Skilled Duelist/Aristocrat can be a blender on the battlefield but will also have the poise and etiquette to navigate high society.  A Cutthroat/Thief will have underworld contacts that other classes won’t while also being able to do terrible things with something as benign as a butter knife.

There have been some complaints about a lack of magic use outside of combat, but I’m largely okay with this.  I’ve always seen magic in the Iron Kingdoms as a wild and dangerous force not typically used for things like sweeping the floors or picking locks; the Iron Kingdoms has mechanika for that type of thing, which I think helps lend the setting a stronger identity in separating it from every other fantasy setting.

As of right now, the big thing that I want to see expanded on is equipment and mechanika.  While we have already seen some solid expansion of the former in No Quarter and Urban Adventure, I think they could still use some fleshing out of the latter.  I’d really like to see new runes, particularly for ranged weapons and armor, as there just aren’t very many interesting ones to choose from.  I’d also like to see the Runner and Driller chassis steamjacks for Rhulic warcasters and ‘jack marshals, as a Rhulic Mechanik ordering around a human-built Forager just doesn’t sit right with me.  That said, home-brewing these things wouldn’t be terribly difficult.

I have also found that there is somewhat of a lack of information on some things, like cost of travel by ship or rail, etc.  I’ve found myself hand-waving those things as GM as those specific facets of the life haven’t really played an important part in the story that I was trying to tell.  Maybe if I wanted it to be difficult to secure a ship for a smuggling run into Khador, I’d give it more thought and add some hooks and odd requirements.

Since Privateer Press’s Urban Adventure is out, I’m moving the game to a single city, Point Bourne, to focus on Cygnar’s preparation for Khador’s imminent siege (see Warmachine: Wrath) where they’ll be tasked with taking out Khadoran saboteurs that are undermining Cygnar’s ability to protect the city.  I hope to take good advantage of the supplement, which I’ll report on later.

How are your IKRPG adventures going?