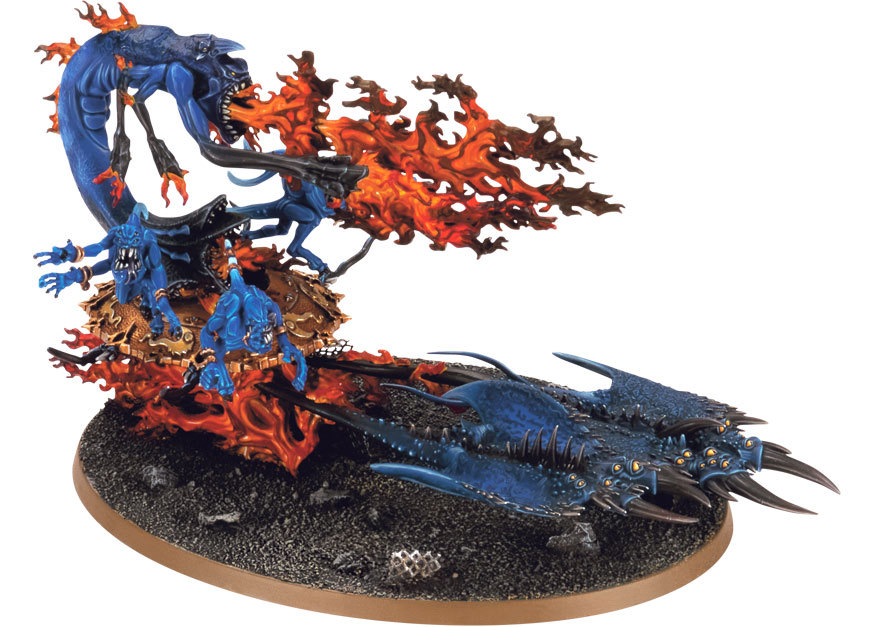 You guys might’ve caught me raging on my blog the other day about the Burning Chariot of Tzeentch.  But can someone please give Phil Kelly a polite tap on the shoulder and wheel him in front of the internet – we need him…

ISSUE #1 – Burning Chariot of Tzeentch
Ok, now follow me through this…

The Exalted Flamer (C) is the Rider of the Chariot.
The vehicle he’s riding is a Chariot, Open-Top, Fast, Skimmer.
Both of the Exalted Flamer’s weapons are Heavy.
He is also the lone shooter, his chariot doesn’t actually shoot.
He is not Relentless.

What does this mean?
He can’t shoot if he moves.  Well, he can shoot the Blue Fire, but it’ll be Snap Fire.  He can’t shoot his Pink Fire at all.

Uhhh… what is the point of even having this unit?  He can’t do crap, even after after a DS.

ISSUE #2 – Herald Shenanigans
Some of the named characters such as Masque and Blue Scribes are not listed under Heralds.

Why does this matter?
Because they do not fit under the 4:1 rule.  You literally have to buy them separate, taking up another HQ slot.  For what?  An 75/81 point model?  You’ve got to be kidding…
Phil, tell us that it’s just a typo – please!

Lastly, some people are bothered with this:
Heralds are 4:1, but only for Primary detachment:  “Each primary detachment in your army may include up to four Heralds of Chaos………This selection uses a single HQ slot”.

This means that CSM players can only take 1 Herald as Allies.  However, I’m willing to let this one slide due to game balance sakes. 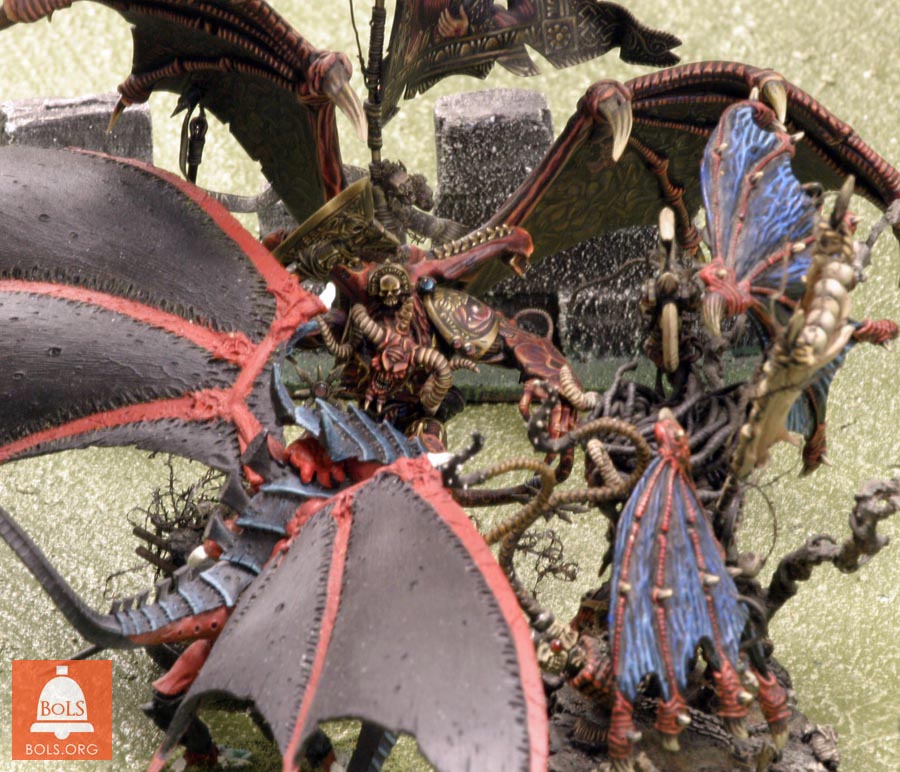