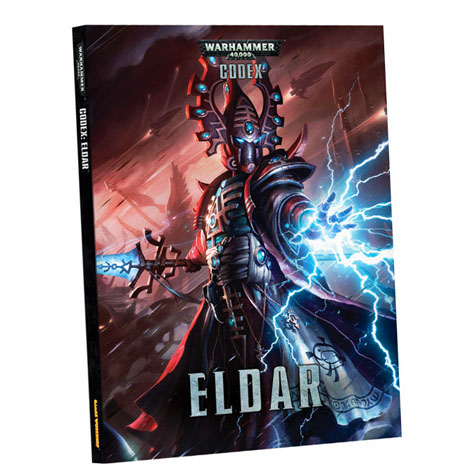 Well Eldar are up on the GW Advanced Orders page.  Here’s the latest on the miniatures and rules brought to you by Loken at 40K Apocalypse:

The Eldar Miniatures
First up, the miniatures.  Wraithknights, Hemlocks, Spiritseer’s OH MY! Go check em out.

The Eldar Rules
Next up, the rules:
From Blood & Kittens:

Most of the rules information can be gathered from the Battle Report section of the White Dwarf. Here is what we know.

The focus of the battle report was of course on the new units, especially the Wraithknight it is almost like GW wants us to buy a certain model or something…
Other little tidbits…

Next up is this list of marketing talking points regarding the codex:
Codex Eldar :
– Craftworld ships will be introduced
– New special rules for many Eldar units. Old Nemesis (Slaanesh) and Battle Trance (running and shooting)
– Multiple exarch abilitys, options and equipment

Wraithguard /Wraithblades (elite 160 points 5 models)
– Strong profile with S5 T 6 as 3+
– Wraithblades got 2 close combat weapons with AP3 and +1 S or can get a 4+ invul with a single AP2 weapon
– Runeseer can mark targets, every wraith unit can reroll missed to hit rolls of 1 against marked targets.
– If you select a runeseer as HQ, they become troops

Other new releases for Eldar
Phantomseer, Runeprophet and cards for psychic powers.:
– 3 different kinds of psykers (Seer council, Phantomseer, Runeprophet)
– Divination, Telepathy and 2 new Eldar psychic disciplines: Runes of Battle andRunes of Fate (for Rune prophet and Runeseer respectively)
– Runes of Battle have always 2 effects, for example granting Shrouding or taking Shrouding off the enemy unit.
-Runes of Fate : 4 warpcharges, 2 powers, very strong and offensive
The Eldar FAQ
Yes you heard that right, the FAQ is already out (before the codex ships).  It looks like “monofilament” is a thing…
Eldar FAQ
~ More as we get it. With the codex hitting shelves in 6 days, look for hard copy sightings and 1st hand verified rules to drop in a matter of hours.